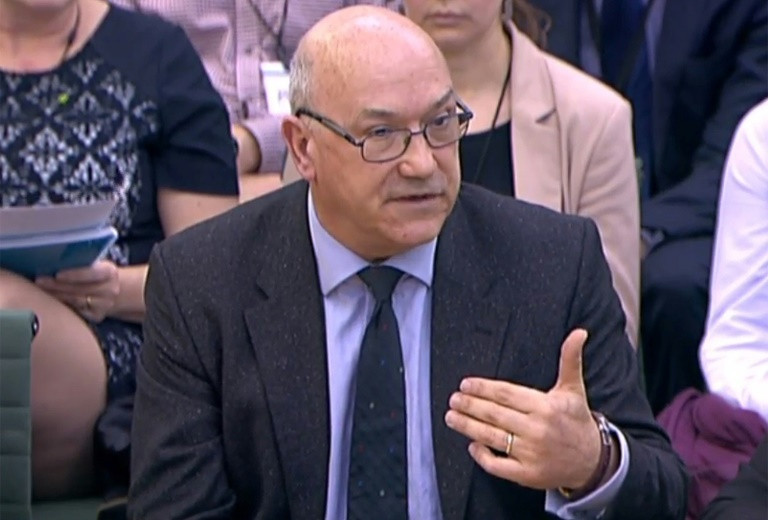 Oxfam revealed Tuesday it was investigating 26 new cases of sexual misconduct since the crisis erupted over its handling of a 2011 prostitution scandal in Haiti, which the British charity called a "wake-up call".

Chief executive Mark Goldring told a parliamentary committee in London that the cases varied in their seriousness, while 16 related to its international operation.

"They range in time frame from more recent events to long historic events where people did not report them at the time," he said.

Goldring added he believed the latest cases had emerged as "a direct response to the publicity" around the Haitian scandal.

"We really want people to come forward," he added.

The Oxfam chief was unable to provide further details on the cases when pressed by British lawmakers.

The committee said it would be conducting its own inquiry into abuses in the foreign aid sector.

Three of Oxfam's most senior leaders repeatedly apologised for the charity's handling of an internal investigation into the use of prostitutes by staff in Haiti following the devastating 2010 earthquake.

Caroline Thomson, chair of trustees, said: "It's right to admit this has been a real wake-up call."

The charity revealed 7,000 regular donors had been lost since the scandal emerged following reporting by The Times newspaper.

It said safeguards had been put in place following the 2011 probe, but admitted they had not gone far enough.

Thomson vowed to take "personal responsibility" for ongoing reform: "I have decided that we need to have more focus on safeguarding."

The charity formally also apologised to Haiti on Monday over the scandal and for failing to report the matter adequately.

"Oxfam should have reported the matter to the Haitian authorities," Goldring told lawmakers.

"It was not for Oxfam to decide whether a crime had been committed... that was the wrong decision."

Tip of the iceberg?

Oxfam had made public Monday its 2011 report into the episode, revealing that three staff had physically threatened a witness in the prostitution investigation.

The report, compiled in the year after the workers were deployed to Haiti, found that a total of seven staff were accused of using prostitutes at an Oxfam-funded residence.

Four staff were fired for gross misconduct and three others, including then country director Roland Van Hauwermeiren, were allowed to quit.

Stephen Twigg, chair of the international aid committee hearing the testimony Tuesday, was blunt in his assessment.

"Demonstrably, you have got to get your house in order," he told its leadership.

As part of its broader probe into sexual misconduct in the sector, the panel also questioned Kevin Watkins, chief executive of Save the Children UK.

He revealed tentative figures that the charity dealt with 193 cases of "child safeguarding" issues in 2016, leading to 53 full investigations, 20 case referrals to police and 11 staff dismissals.