Chinese scientists and those from the UK and Russia discovered that the oxygen content of the atmosphere and ocean was the primary controlling factor in early animal evolution during the Cambrian Explosion 524 million years ago. 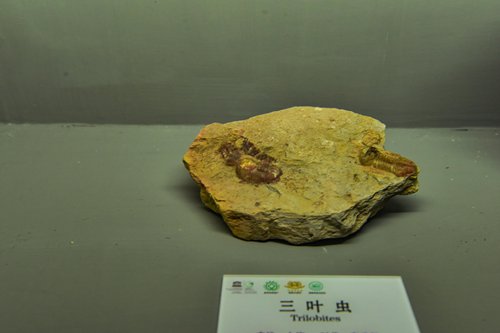 A study published in the journal Nature Geoscience on Monday said carbon and sulfur isotopes changed five times between 524 and 514 million years ago, which coincided with the biodiversity change during the same period.

Their study found that when production of oxygen increases, biodiversity also increases.

It also said that a major biological extinction happened 514 million years ago when the seawater showed an apparent oxygen deficit.

It is the first time for scientists to establish a direct link between oxygen and animal biological diversity during the early Cambrian, Zhu Maoyan, a co-author of the study and research fellow at the Nanjing Institute of Geology and Palaeontology (NIGP) of the Chinese Academy of Sciences, told the Global Times on Tuesday.

But what affected the content of oxygen, or the original cause of the Cambrian Explosion, remains unknown. Zhu said his team will continue to study the possible answers, such as continental weathering and tectonic activities.

Continental weathering is among the primary processes responsible for the evolution of the landscape. It exerts a major influence on the transport of materials from the continents to the oceans and on the cycles of many elements on the Earth's surface.

Previous studies have shown a possible relationship between oxygen content in the atmosphere and the oceans, and early animal evolution. But it was difficult to confirm due to the lack of ideal material and methods for analyzing ancient seawater oxygen, Zhu said.

Despite a lack of continuous carbonate deposits in China, Zhu's team found that the Siberian Platform may serve as the key to the research.

They collected samples of ancient rocks in the Siberian Platform in 2008 with the help of Russian scientists, and then worked with a UK team in analyzing carbon and sulfur isotopes in these rocks.

The isotopic signatures of the rocks in Siberia are consistent with the global production of oxygen, allowing the team to determine oxygen levels in shallow seawater and the atmosphere during the Cambrian Period, according to a statement the NIGP sent to the Global Times.

"By analyzing carbon and sulfur isotopes found in ancient rocks, we are able to trace oxygen variations in Earth's atmosphere and shallow oceans during the Cambrian Explosion," He Tianchen, study lead author and postdoctoral researcher at the University of Leeds, told the Global Times on Tuesday.

"We found that evolutionary radiations follow a pattern of 'boom and bust' in tandem with the oxygen levels," according to He.