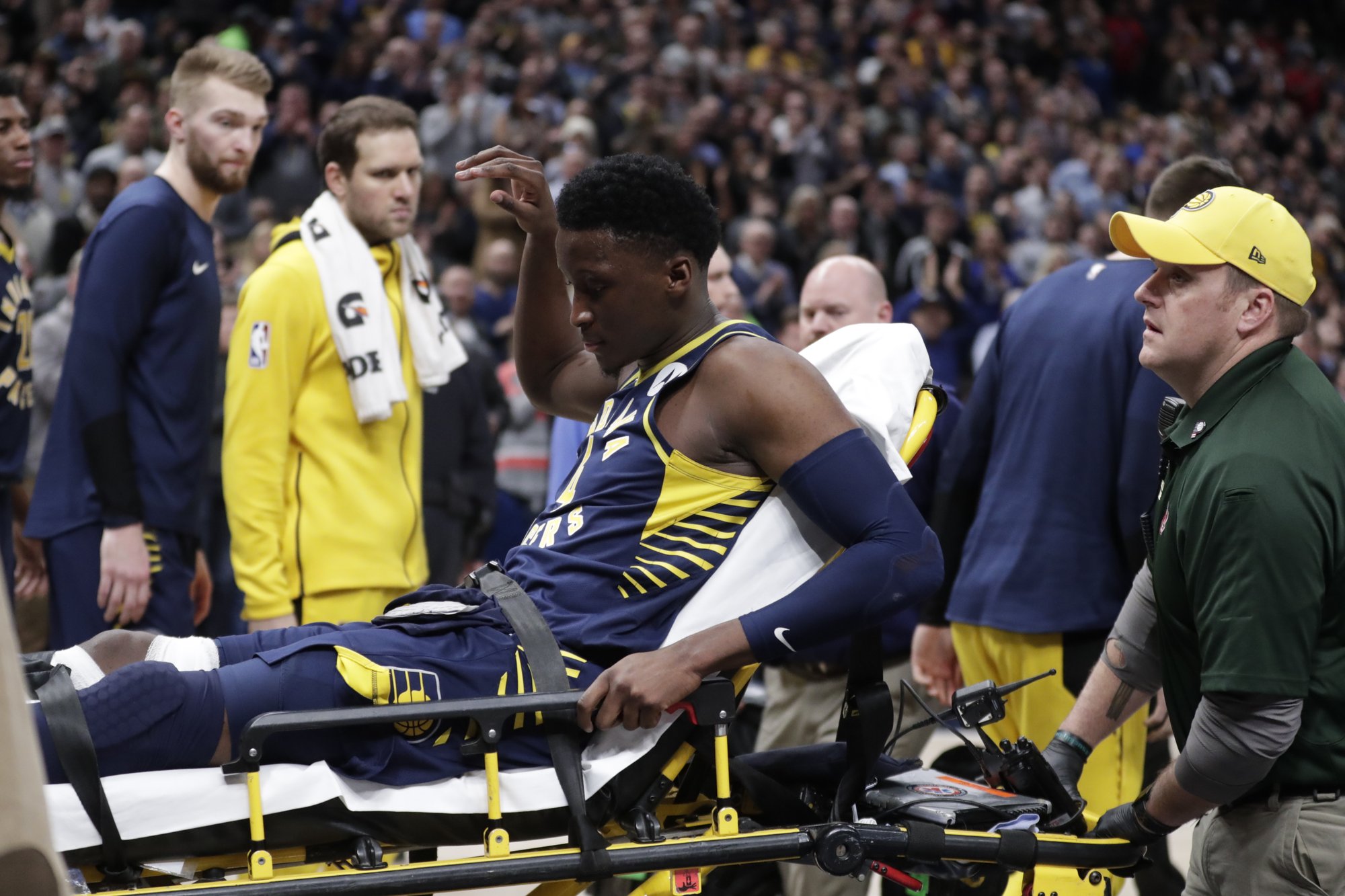 Indiana Pacers guard Victor Oladipo is taken off the court on a stretcher after he was injured during the first half of the team's NBA basketball game against the Toronto Raptors in Indianapolis on January 23, 2019. (Photo: AP)

The Indiana Pacers have lost All-Star guard Victor Oladipo with a season-ending ruptured quad tendon in his right knee.

Oladipo was injured during Wednesday night’s 110-106 victory over Toronto and left the court on a stretcher with 4:05 left in the first half.

Team officials acknowledged during the game that the injury was serious but waited until after the results of Thursday’s MRI returned to announce how much time he would miss. Coach Nate McMillan said he was unsure when Oladipo would have surgery or whether he would be ready for the start of next season.

Oladipo led the Pacers in scoring at 19.2 points per game, was a first-team all-NBA defensive selection last season and one of the Pacers’ co-captains.