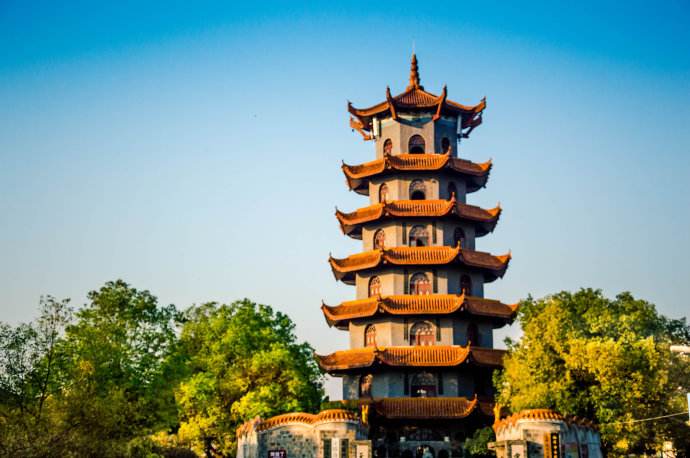 SAN FRANCISCO, Jan. 13 (Xinhua) -- A traditional Chinese-style pavilion will be built in the world-famous Wine Country in California to honor the forgotten history of Chinese laborers who played a significant role in developing the wine industry in the mid-19th century.

The pavilion, called "Penglai Pagoda," will be housed in the Depot Park of Sonoma City, a well-known premium wine growing region in the world. It's also part of the Wine Country Chinese Legacy Project of Sonoma Sister Cities Association.

Chinese laborers are known to help build the first Transcontinental Railroad in the United States, but the history of Chinese laborers planting and tending the first vineyards in Sonoma County remains less known.

In the middle of the 1800s, many people from China came to California in search of wealth, which is known as the "Gold Rush." Many Chinese stayed and worked as laborers after the Gold Rush ended. Some of them traveled north of San Francisco and worked in the new vineyards.

"Many who live in our beloved wine country are unaware of the significant role played by Chinese laborers in the mid-19th century at the beginning of our world-famous wine industry. Their legendary skills as vineyard workers, cave diggers, and cellar workers have been acknowledged by historians," the Sonoma Sister Cities Association said on their website.

The pagoda, a brainchild of the Sonoma-Penglai Sister City Committee, is named after Penglai City in China's Shandong Province, which is a sister city of Sonoma in Northern California.

Approved by the Sonoma City Council two years ago, the project has since received "enthusiastic endorsements" from the Consulate General of China in San Francisco, the Sonoma Valley Historical Society, the Redwood Empire Chinese Association, the Chinese Historical Society of America Museum and the mayor of Penglai.

According to the Sonoma-Penglai Sister City Committee, they need to raise 125,000 US dollars to cover architecture and engineering services, permit fees and construction labor costs.

In addition, the Sonoma Sister Cities Association will be responsible for costs associated with maintenance of the structure on a permanent basis.

The association doesn't disclose a timeframe for the construction of the pagoda, saying "funding to make this monument a reality will depend on contributions."

To help realize the goal, the association will host a fundraiser on Feb. 17 at Jacuzzi Family Vineyards, in Sonoma.

During the event, traditional Chinese cuisine will be served and festive Chinese entertainment, including lion and dragon dance, will be performed to promote Chinese culture.