CULTURE Paintings by Indian elephant auctioned off in Hungary

Paintings by Indian elephant auctioned off in Hungary

Paintings created by an Indian elephant who enjoys wielding a brush were auctioned off by a Hungarian traveling circus on Saturday.

Three of 42-year-old elephant Sandra’s abstract canvasses, with colored lines flowing across them resembling rivers, fetched about 40,000 forints ($150) each.

A painting depicting Sandra herself, done by a Hungarian painter, sold for 260,000 forints. The money will be offered to an elephant sanctuary in Malaysia.

Sandra paints with her trunk purely for pleasure, according to her owner and trainer Florian Richter, a horse acrobat and circus director.

Sandra, who was already well practised in a circus trick involving a shaving brush, was given a paintbrush and she quickly adapted her skills to the canvas.

Richter said that unlike many elephants in Thailand that are thought to be forced to paint, Sandra does it by herself when she is in the mood. 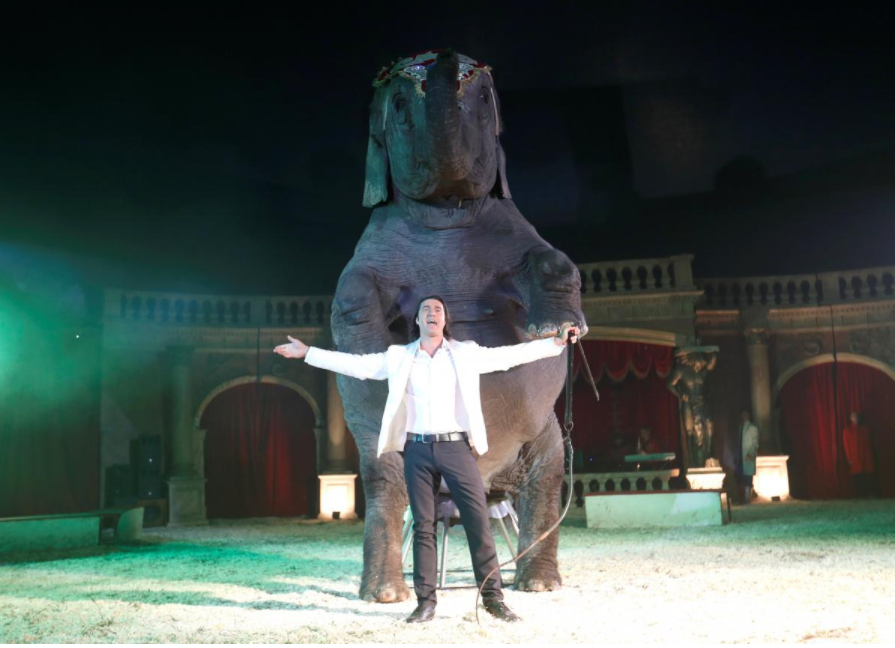 “I only help her with changing the brushes and putting them into paints but she does the rest by herself more or less. I praise her by saying ‘oh this is really good, or not so good’,” Richter said. “We have been together for 40 years so this is a family connection.”

Sandra arrived as a baby elephant at the circus where Richter grew up, as a seventh generation member of an acrobat family.