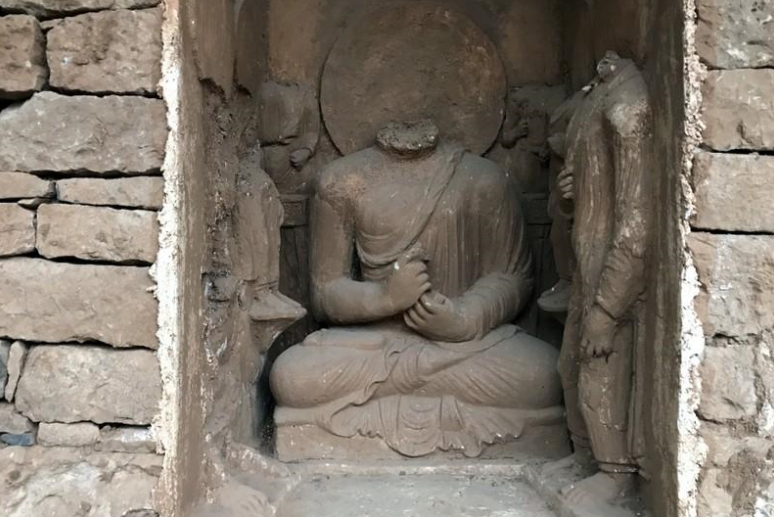 Statues are seen after being discovered and unveiled to the public, during a ceremony at the Buddhist-period archeological site near Haripur, in Khyber Pakhtunkhwa (KPK) province, Pakistan, November 15, 2017. REUTERS/Saad Sayeed

Pakistan unveiled the remains of a 1,700-year-old sleeping Buddha image on Wednesday, part of an initiative to encourage tourism and project religious harmony in a region roiled by Islamist militancy.A reflection of the diverse history and culture of the South Asian country, the ancient Buddhist site in Bhamala province was first discovered in 1929. Eighty-eight years on, excavations resumed and the 14-metre-(48-foot)-high Kanjur stone Buddha image was unearthed, and opposition leader Imran Kahn presided over Wednesday’s presentation.

“This is from the 3rd century AD, making it the world’s oldest sleeping Buddha remains,” Abdul Samad, director of Bhamla’s archaeology and museums department, told Reuters.

“We have discovered over 500 Buddha objects and this 48-foot-long sleeping Buddha remains,” he added.

Khan said: “It’s a question of preserving these heritage sites which are an asset for our country.”

The region was once the center of Buddhist civilization that took root under the Mauryan king Ashoka 2,300 years ago.

The presentation of the Buddha image coincided with a lockdown of major highways around the nation’s capital to contain a rightist protest against a perceived slight to Islam by members of the ruling Pakistan Muslim League-Nawaz (PML-N). 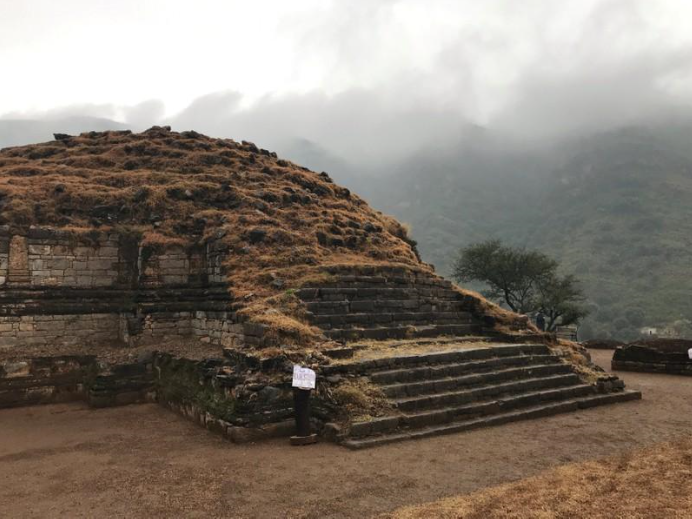 A general view of main stupa, is seen after it was discovered and unveiled to the public, during a ceremony at the Buddhist-period archeological site near Haripur, in Khyber Pakhtunkhwa (KPK) province, Pakistan, November 15, 2017. REUTERS/Saad Sayeed

Minority communities in Pakistan are often targeted by right-wing groups and successive governments have in the past been reluctant to embrace the country’s non-Muslim heritage.

But recent attempts to improve Pakistan’s image have included overtures to minority communities by the PML-N. 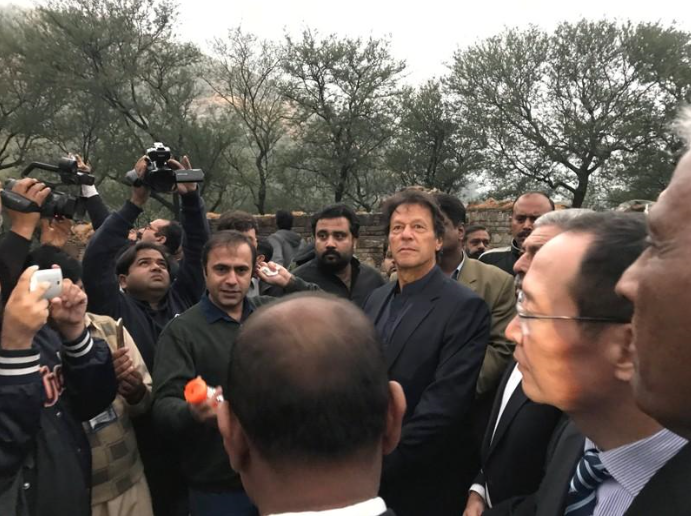 Imran Khan, chairman of the Pakistan Tehreek-e-Insaf (PTI) political party, along with the members of the media, looks on during the unveiling ceremony of the Buddhist-period archeological site near Haripur, in Khyber Pakhtunkhwa (KPK) province, Pakistan, November 15, 2017. REUTERS/Saad Sayeed

Considered a conservative figure, Khan has stressed dialogue with Islamist hardliners including the Taliban but on Wednesday said the preservation of sites like Bhamala could promote religious tourism.

“It’s a world heritage site (and) because of it people can come for religious tourism and see these places,” he said.

Khan dismissed the protesters in Islamabad, seeking to project a more tolerant image of Pakistan. “It’s a very small part of what is happening in Pakistan. The majority of the population wants to see such (Buddhist) sites restored.”

Khan’s opposition Pakistan Tehreek-e-Insaf party is hoping to make big gains at the 2018 elections as the PML-N has been increasingly embroiled in corruption investigations.

Sharif resigned as prime minister in July after the Supreme Court disqualified him for not declaring a source of income and faces trial before an anti-corruption court.