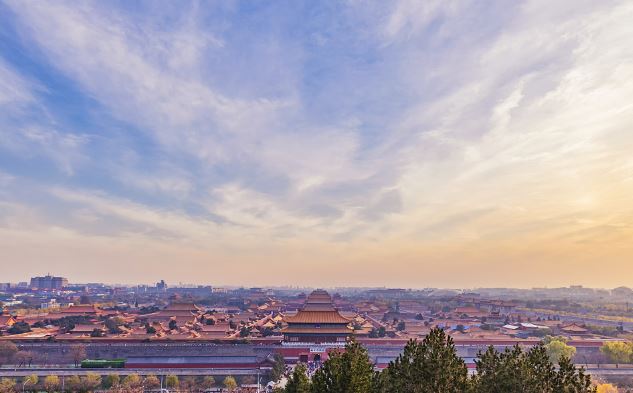 A Hong Kong-based foundation donated 100 million yuan ($15 million) to the Palace Museum in Beijing on Saturday.

The Palace Museum, also known as the Forbidden City, was China's imperial palace from 1420 to 1911.

Most of the donation from NG Teng Fong Charitable Foundation will be used to study and renovate of the Palace of Prolonging Happiness, or Yanxi Gong, in the compound.

In 1909, the Qing royals decided to construct a Western-style aquarium on the site, hoping the presence of water to prevent future fires.

But the construction was unfinished when the Qing monarchy fell, leaving an abandoned stone shell with iron frames, which is seen by people today.

Some cultural relic warehouses were built in the courtyard after 1925, when the Forbidden City became a public museum.

According to the Palace Museum's plan, the area will be turned into an exhibition space for foreign cultural relics in the formal royal collections, due to the history of the place. It is expected to open in 2020.

The upcoming studies will aim to repair the site,develop an exhibition,and uncover its mysterious history. No original design blueprint for the aquarium has been found yet.

Some of the donation from the foundation will be used for a youth exchange between the museum and Hong Kong, as well as some Hong Kong-related training programs on museum expertise.