SHENYANG, Nov. 18 (Xinhua) -- The palace museums in the capital city of Beijing and the northeast China city of Shenyang have joined hands in restoring antique clocks from the Qing Dynasty (1644-1911). 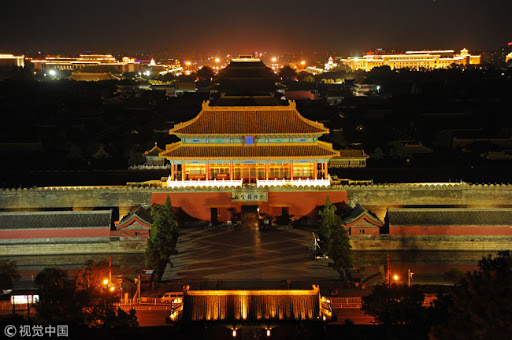 Li Shengneng, director of the Shenyang Palace Museum, said the museum has a collection of more than 40 clocks and watches, mostly from the Qing Dynasty, and some of them were produced in Britain, France and Switzerland from the 18th century to early 20th century.

The Shenyang palace museum is the imperial palace of early Qing Dynasty emperors.

Relic "doctors" from the museum have teamed up with those from the Palace Museum in Beijing, also known as the Forbidden City, to set up the Joint Conservation Studio for Ancient Clock, repairing the antique clocks and watches in Shenyang, capital of Liaoning Province. Since it was inaugurated on Oct. 26, they have restored five clocks.

One of the clocks, a copper gold-plated bird sound clock, was made in France at the end of the 19th century. The outer frame of the clock has a round tower-shaped top, four upright posts and lion-claw-shaped animal feet supporting the base. It has a main round clock dial in the front and two supplemented small dials on the lower left and right sides.

The clock plate is in a dome shape, decorated with weeds and trees, in which stands a colorful bird. The clock has a built-in music box. It can play the music at the hour and strike the time. It can also automatically adjust to the next music track. One of the tunes is the popular Chinese folk melody "Jasmine."

These exquisite and "smart" clocks, once loved by emperors and empresses over 100 years ago, have come back to life under the hands of restorers, said Li.