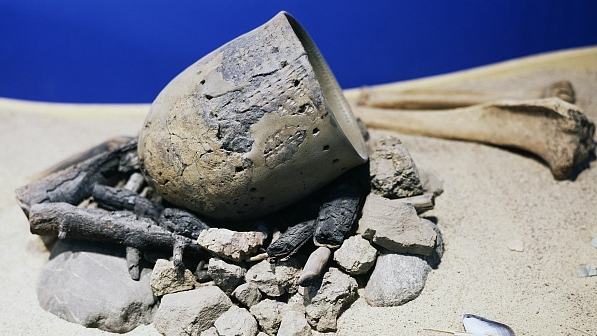 Archaeologists have discovered stoneware dating back to the Old Stone Age near the Suifen River in Northeast China, according to the archeological center of Jilin University.

An archaeological team headed by the center has conducted an investigation along the Suifen River and its tributaries. A total of 17 Paleolithic sites were found and nearly 800 stoneware items were unearthed.

Researchers believe that the stoneware items were all made in the late period of the Old Stone Age, mostly dating back 10,000 to 20,000 years, meaning the area was long inhabited by people in ancient times.

The discovery is expected to offer important material for the study of the Paleolithic culture in the area.

The Suifen River runs 443 kilometers in length, 258 kilometers of which are in China and empty into the Sea of Japan through Russia.