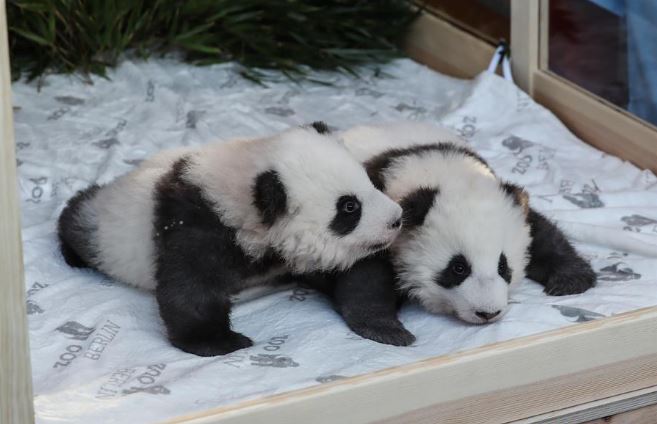 A video has been released of Germany's first twin giant panda cubs exploring, walking around their enclosure, sniffing every corner and making an attempt at climbing.

The two cubs, named Meng Xiang and Meng Yuan, were the first pandas to be born in Germany.

They were born on 31 August, to their mother Meng Meng, a six-year-old past winner of the "Favorite Panda Outside of China" award. They are now a little over four months old and getting stronger and more curious by the day.

Berlin zookeepers - who are still the only humans to see the twins up close - say that soon the two cubs will be ready for their first excursion in front of visitors.

At the rate the two pups are growing, this will likely happen by late January or early February.

They were born blind, weighing just under 200 grams.

The two pandas are on loan from China, where they'll be returned once completely independent from their mother - approximately in two to four years.