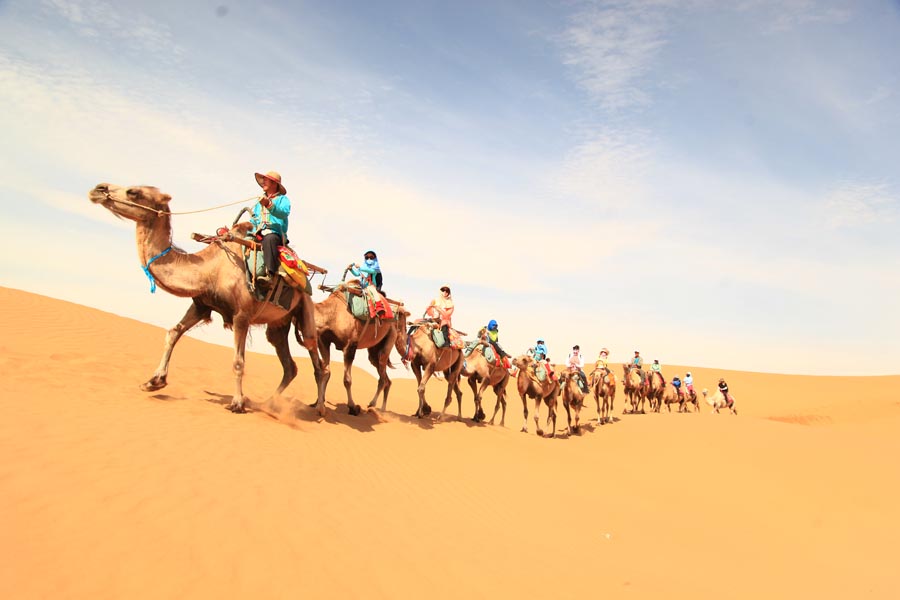 Children ride on camels on the Tengger Desert in Zhongwei in the Ningxia Hui autonomous region during a previous summer vacation. (Photo: China Daily)

Chinese bookings for domestic and overseas educational tours during the seasonal school vacation are on the rise, Yang Feiyue reports.

With two months to go before the summer vacation, parents have already gone out of their way to plan ahead for their children.

Since April, many have beaten a path to several brick-and-mortar shops in Beijing that are owned by the major domestic online travel agency, Ctrip, the company reports.

"The online views of our summer-vacation study tour products have increased by 120 percent in April as compared with the previous month," says Zhang Jie, general manager of Ctrip's study-tour operations.

Zhang expects the number of young travelers who take educational trips to grow by more than 50 percent compared with the same period of last year.

At the moment, the United States, the United Kingdom, Australia, Japan and Canada are among the most popular foreign destinations for those inquiring about study tours, while Beijing, Gansu province's Dunhuang, Shanghai, Shaanxi province's Xi'an and Jiangsu province's Nanjing topped the domestic-destination list.

Chinese parents have continued to increase input in their children's educations, Zhang says.