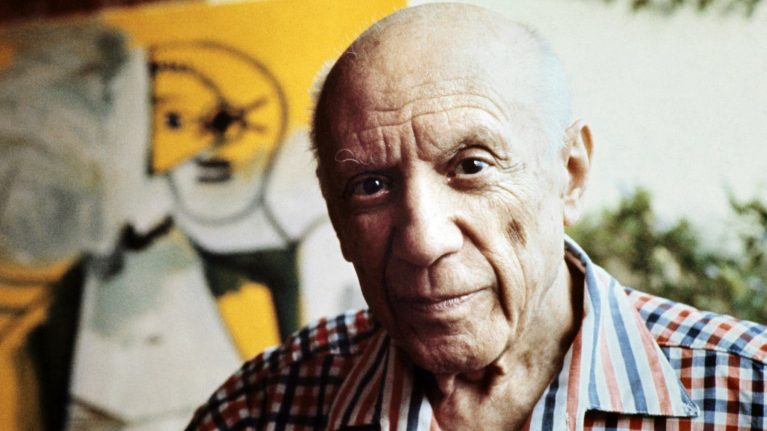 A portrait of Picasso (Photo: AFP)

More than 300 works from two key periods in Pablo Picasso's early years go on display in Paris on Tuesday, the first time they have been brought together in the city where the Spanish master took his first steps toward revolutionary new territories of modern art.

"Picasso: Blue and Rose" delves into the formative days from 1900 to 1906 when the young artist was living the Bohemian life in a Montmartre studio, at times burning his works to ward off the cold.

"The strongest walls would open before me," he would proudly write while absorbing the influence of Manet, Degas, Toulouse-Lautrec, and Van Gogh.

The exhibition at the Musee d'Orsay was conceived with the Picasso and Orangerie museums in Paris as well as the Beyeler Foundation in Basel, Switzerland, which will also show the works early next year.

Curators managed to secure exceptional loans of works from the Picasso Museum in Barcelona and institutions in the US, Switzerland, and Russia as well as from private collections rarely open to the public.

The works include some 80 paintings and 150 drawings by the artist in his early 20s as he absorbed what would become his adopted country and several sculptures alongside portrayals of Picasso by other artists.

"It's the first show in France to consider a period overlooked by art historians, allowing a chance to re-evaluate the early Picasso," said Laurence des Cars, the Orsay's director.

The museum was chosen because it is where the 18-year-old artist arrived when it was still a train station, to represent Spain at the Universal Exposition in October 1900.

"It could only be here," des Cars said.

"We're going to discover Picasso at 18 to 25 years old, before Cubism. It's all taking shape," said Stephanie Molins, a curator of the show.

"He's not only the unrivaled master of the 20th century but also a child of the 19th century," she said.

The show begins with the Blue period, marked by the artist's frequent travels between Paris and Barcelona, discovering the possibilities of avant-garde expressionism while still under the more classic influences of his father, an art teacher.

An early work includes "Yo Picasso" (I Picasso), a vivid self-portrait showing him confident at his easel.

But just a few months later the paintings take on a markedly somber tone, following the death of his fellow painter and close friend Carles Casagemas, who shot himself in the head at a Montmartre cafe following a soured love affair.

Many of the Blue period works are nearly monochromatic and depictions of poverty and old age recurring subjects, including prostitutes with a child languishing in a prison cell.

There are also several funereal portrayals of Casagemas, culminating in the 1903 masterpiece "La Vie" (Life), where his body is embraced by a nude woman alongside a mother holding her child.

Yet starting in 1904 his paintings, if not carefree, begin exploring lighter subjects suffused with the muted yet warmer hues of the Rose period, while also hinting at the explorations with fragmentation to come.

"The show is filled with a form of happiness but melancholy as well, in tune with its time," said Laurent Le Bon, president of the Orsay museum.