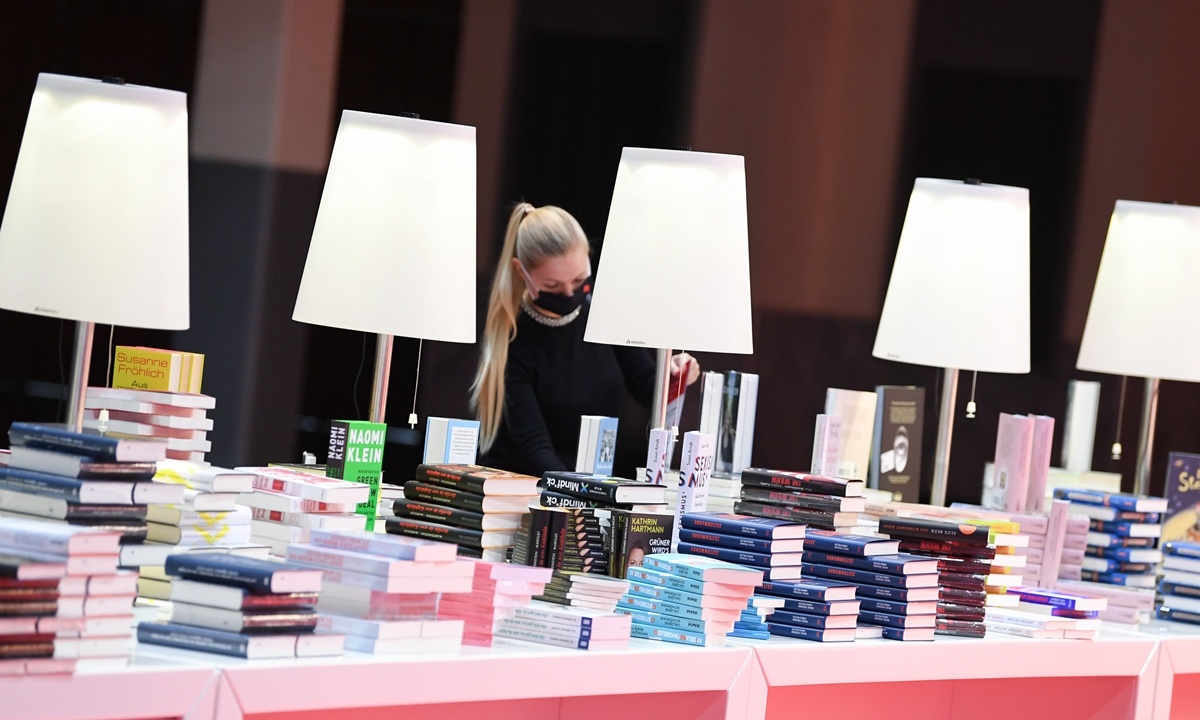 For Chinese science fiction writer Chen Qiufan and the German translator of his book, Marc Hermann, 2020's Frankfurt Book Fair was special because they finally "met" each other. Their "meeting," as hundreds of other talks and discussions at the fair, happened online.

Due to coronavirus concerns, the 72nd Frankfurt Book Fair, which ran from Wednesday to Sunday, was relocated almost completely to the online sphere. Participants generally saw 2020's digital format a great success, but they also said the atmosphere of on-site book fairs is inimitable.

Over the past week, about 260 hours of talks, seminars, book readings and other programs have been streamed online across multiple channels. As of Friday, 148,000 users from 183 countries and regions used the fair's digital offerings, the organizer said.

Business and networking activities also moved online. A total of 4,422 digital exhibitors from 103 countries and regions registered on the fair's online platform, including over 120 exhibitors from the Chinese mainland.

Chen and Hermann's discussion on Chinese science fiction was part of the fair's official program on Saturday called BOOKFEST digital. Karin Betz, the German translator of The Legend of the Condor Heroes, a celebrated book of the Chinese wuxia (literally martial heroes) genre by Jin Yong, also shared her thoughts on the book itself and the process of translating it.

Christina Werum-Wang, executive director of the Confucius Institute Frankfurt and moderator of the two events, said the format for 2020 has "worked quite well."

The coverage of the live-streaming events was quite high because people from all over the world could watch it, and the format allowed the audience to watch videos at their leisure any time later and even forward the link to friends and business partners, Werum-Wang said.

The Confucius Institute Frankfurt has been participating in the Frankfurt Book Fair since 2015, organizing five to six public discussions with authors and their translators or other experts each year.

"Personally I still prefer the physical Book Fair because of the unique and inimitable atmosphere," Werum-Wang said, citing a huge input that anyone could get from meeting all the people and experiencing various events at a physical book fair.

In an interview with German newspaper Sueddeutsche Zeitung published on Friday, Juergen Boos, director of the Frankfurt Book Fair, said he agreed that the book fair will ultimately benefit from the digitalization push.

Part of the reason is that the digital edition helps the book fair reach a larger audience, Boos said, but he still believes that people would love to come back to a physical book fair in the future.

"Part of our business is creativity, and creativity is about encounters," Boos said in the interview.

2020's Frankfurt Book Fair is a special book fair held in the midst of the pandemic, with a rich variety of online offerings, said Ma Jinggang, president of CBT China Book Trading GmbH, an exhibitor. However, online book fairs are hardly a substitute for physical book fairs.

"It is hoped that the pandemic will pass sooner, and that next year we will have an on-site book fair where publishers, authors, readers and booksellers from all over the world can meet again."