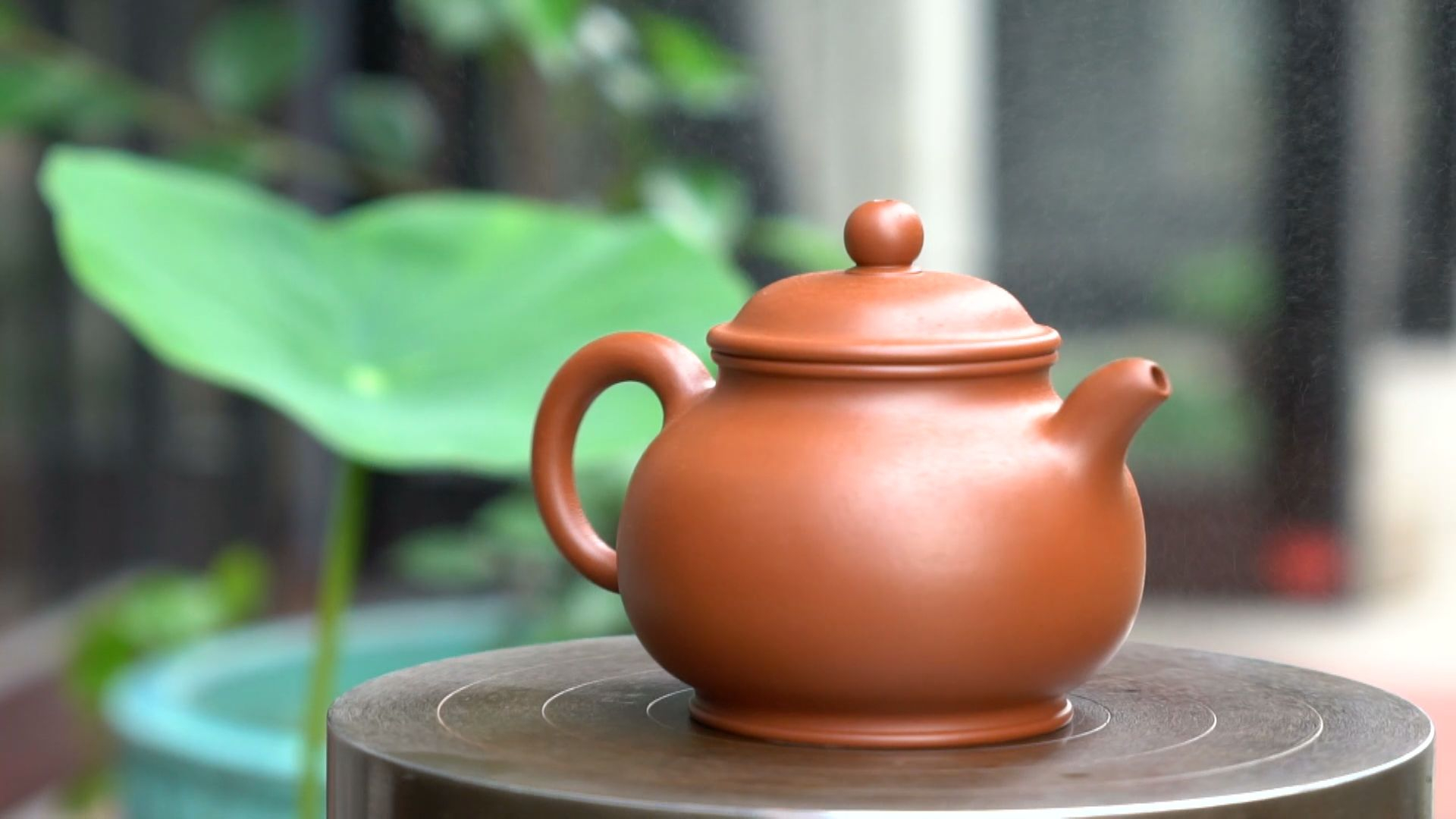 The handmade purple clay teapot is one of the most popular items among tea lovers, but the craft is at the risk of disappearing. (Photo: CGTN)

Across the world, people prepare and drink tea in many different ways. The signature handmade purple clay teapot is one of the most popular items among tea lovers in Asia. But the craft of making that particular teapot faces a lot of challenges in the modern era.

Chinese people have been drinking tea for thousands of years. But in more recent times, these handmade teapots are gaining in popularity. As an old saying goes, "A thing is valued if it is rare."

Tea sets have been a key part of Chinese dietary culture. Gao Dezhi, 99, has been making purple clay teapots since he was 13 years old. This kind of skill is usually passed down from generation to generation or taught to those who are passionate about the craft.

Gao told CGTN that his son and daughter are not interested in learning such skills. They already earn a lot of money working in the finance sector. People cannot create such things if they have no interest in acquiring the skill, he said.

In order to promote and protect skills at risk of disappearing, local authorities have built a special museum where masters can showcase their craft.

Wu told CGTN that he likes to posts pictures, descriptions and videos on the Internet, sharing his knowledge and expertise with others. At the same time, he often invites his followers to the store for a firsthand experience.

With thousands of followers on various online platforms, Wu has also invited dozens of handmade teapot lovers to his store over the past few years for exchanges.

Younger customers like teapots made to order with modern elements, Wu said. For example, he saw some carving Peppa Pig on their teapot, which is popular now in China.

There are thousands of private stores featuring this kind of teapot in Yixing City. Wu said he does not think this traditional skill will disappear.