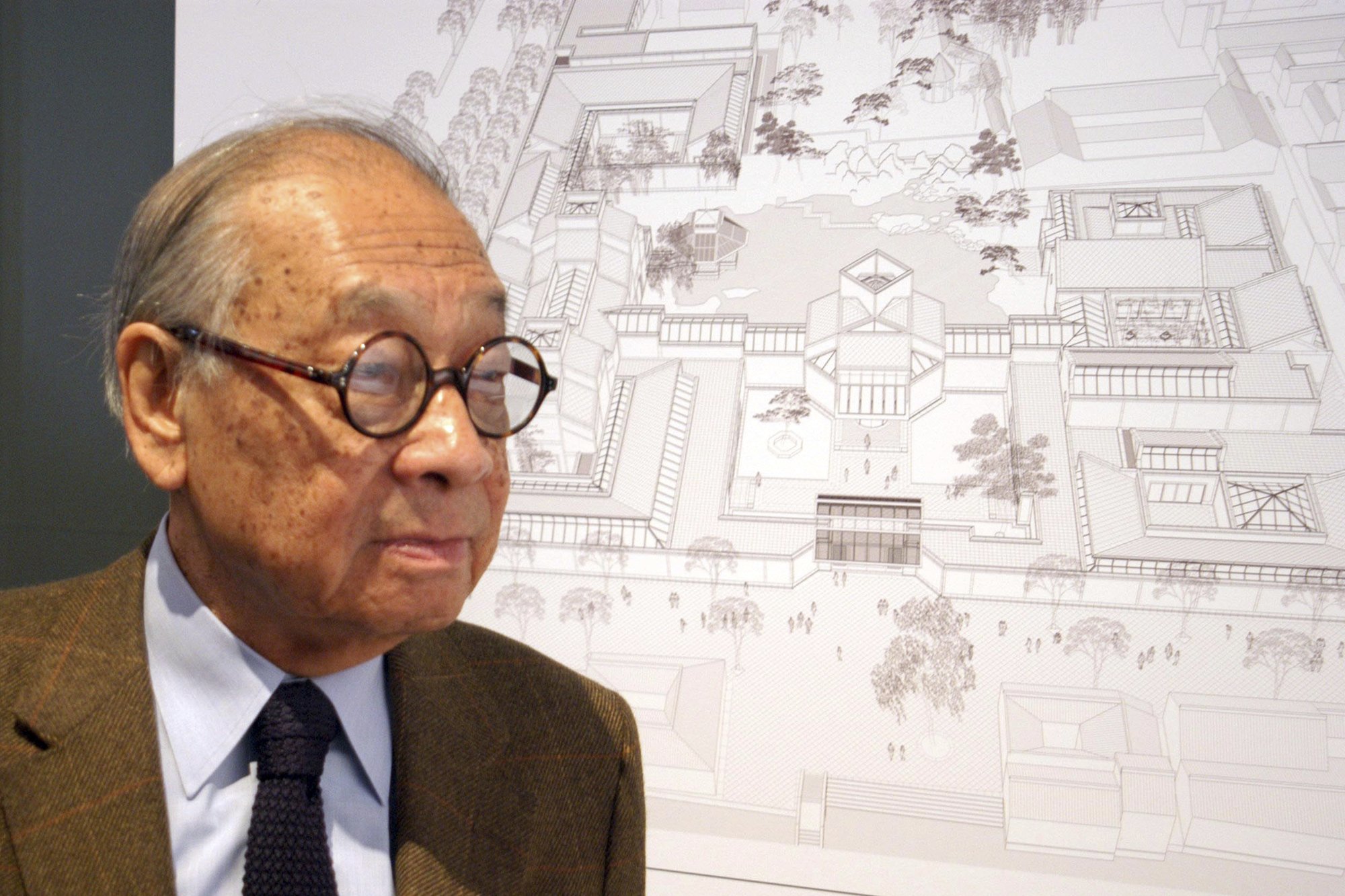 Chinese-American architect I.M. Pei stands with the plans of the Suzhou Museum in Suzhou in East China's Jiangsu Province on November 3, 2003. (Photo: AP)

Chinese American architect I.M. Pei died at 102 on Thursday. Tributes have been pouring in from Chinese netizens, hailing him as an example of integration of Eastern and Western civilizations.I.M. Pei was born in Guangzhou in South China and raised in Hong Kong and Shanghai, before moving to the US in 1935. Reuters comments on him as "one of the best-known and most prolific architects of the 20th century" because of his modern designs and high-profile projects such as the Louvre pyramid in Paris.Pei has a number of representative works in China. Apart from the tower of Bank of China in Hong Kong and Xiangshan Hotel in Beijing, the new Suzhou Museum is also well-known, which is "uniquely personal" for him as he said.The museum is located in the northeast section of the historic quarter of Suzhou. Its design takes cues from Suzhou's traditional architecture, with its whitewashed plaster walls, dark grey clay tile roofs and intricate garden architecture."I've never done anything like this before," Mr Pei remarked about the museum when he was 89 years old. "I've used gray and white, which are Suzhou colors. But the form is modern."The topic of Pei's death immediately soared to the top of the search list on China's Twitter-like Sina Weibo social media platform with more than 240 million views as of press time on Friday. Many Weibo users used their comments to express patriotic support. The one with the most likes said, "Architecture is alive, it contains humanistic thoughts. To the master! " Zhang Yiwu, a professor at Peking University told the Global Times the reason why Pei is respected both at home and abroad is that "Pei adopted innovative methods to promote the integration of Eastern and Western civilizations."The world-renowned Chinese American architect Pei has greatly contributed to the communication of Eastern and Western civilizations, Chinese Foreign Ministry spokesperson Lu Kang said on a routine press conference on Friday. The official account of Suzhou Museum on Sina Weibo posted an article in memory of Pei."Suzhou Museum is the most precious gift left to the Suzhou people. It is his most beloved 'little daughter.' We are shocked by the news of his death, and we will remember him with deep gratitude. We are grateful for all the efforts he has made for our museum, for the art he has brought to audiences, and for inspiration he gave to everyone who works in this museum. Although he has left, the Suzhou Museum will always remember and cherish his memory," the Museum said.