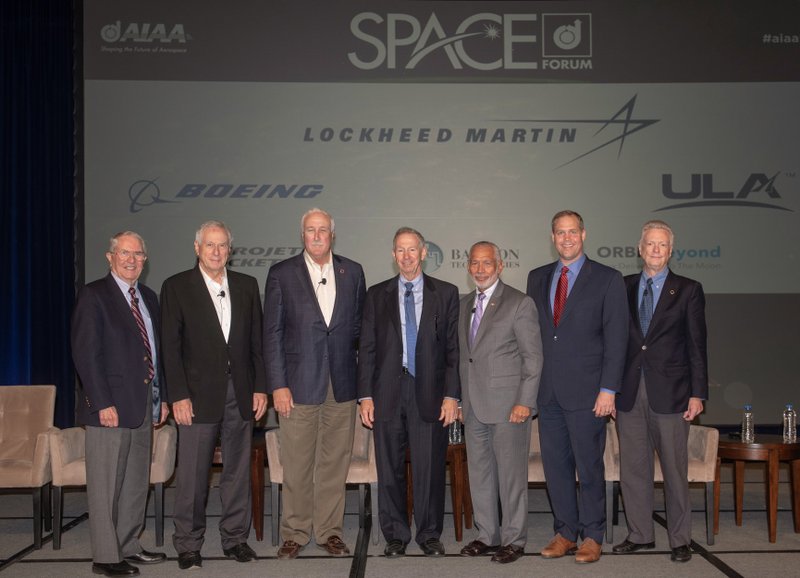 NASA chiefs going back 30 years have come together to mark the space agency’s 60th anniversary.

Five former NASA administrators joined current boss Jim Bridenstine in Orlando on Monday. It was the largest gathering ever of NASA heads and included every administrator since 1989. The conference was arranged by the American Institute of Aeronautics and Astronautics.

The longest-serving administrator, Daniel Goldin of the 1990s, told Bridenstine there’s more to NASA than human spaceflight and that the science and technology programs can help draw more public support.

Bridenstine, meanwhile, ran down NASA’s latest plans for sending astronauts back to the moon.

Moonwalker Buzz Aldrin was present for the panel discussion.