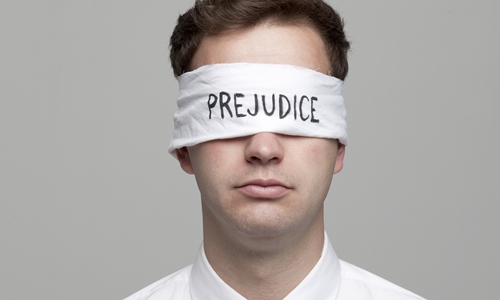 Patriotic Chinese netizens are enraged by the frequent denigration of some US media houses calling them nationalists in their coverage.

Meanwhile, it quoted Hong Kong secessionist Nathan Law Kwun-chung as saying the Bright's Thai fans were "young and progressive" in the same article, categorically portraying this argument as a unilateral insult to innocent Thai netizens by aggressive Chinese.

Twitter user Carrot (pseudonym), a 20-year-old Chinese woman was also embroiled in the spat along with some of her friends, said the article made her very uncomfortable.

According to Carrot, all she and her friends did in this verbal battle was to simply comment in Bright's posts that Hong Kong is not a country but a part of China. Their comments received a couple of replies, seemingly from Thai users, who attacked them with derogatory language.

"It was not us but them who made insulting and aggressive comments on Twitter," she told the Global Times Thursday. "CNN was unfair."

US media's slanders on patriotic Chinese netizens with double standard are ridiculous, said Li Haidong, a professor at the Institute of International Relations of the China Foreign Affairs University.

In the face of domestic chaos and dampen mood amid the novel coronavirus (COVID-19) pandemic, some US media are attempting to shift this chaos to China laded with misinformation and denigrations, which serves US' everlasting purpose of weakening China, Li said.

"Nationalism is a tool of US media to label Chinese people," he told the Global Times.

During this deadly COVID-19 pandemic, readers have realized that US media, including CNN and the New York Times, have repeatedly attacked China and its people with words like "nationalism" to induce a negative fervor.

Publications like The New York Times have continued to defame Chinese internet users. For instance, in an article published on April 17,Chinese internet users who questioned the authenticity of controversial writer Fang Fang's diary on life under Wuhan lockdown have been labeled as "digital warriors who pounce on any criticism of the Communist Party."

Liu Yang, a college student in Southwest China's Sichuan Province who majored in  Vietnamese was also painted as a "digital warrior" by US media when she tried to explain on Twitter that the origin of COVID-19, as per WHO, is not China but remains unclear.

This 21-year-old said, last month she noticed that a Facebook post by the Chinese Embassy in Vietnam, expressing solidarity with Italy in the fight against COVID-19, was flooded with dozens of comments from Vietnamese users.

Many of the comments accused China of "spreading the virus to the whole world," which were entirely groundless, Liu recalled.

What made Liu angry was that, after she commented under the post that the origin of the virus is still unknown, she received several replies calling her or Chinese people "dogs" in Vietnamese. "Calling someone dog is extremely insulting in Vietnamese language," Liu told the Global Times.

Liu said she has never been as aggressive on social media as US media described, even though some Vietnamese netizens' remarks had made her angry and upset. "I just calmly clarify their false allegations," she said.

Several young Chinese users, including Liu herself, occasionally responded to the defamatory allegations targeting China on Twitter or Facebook amid the pandemic, but the overwhelming majority of them have been "restrained and polite" as Liu observed.

Contrary to US media claims, many of these patriotic youngsters had seldom attacked conflicting views on Western social media platforms yet they have been hurled with verbal abuses from other users.

They could even receive a punishment from the platforms. Guo Xiuying, 20, said her Instagram account was suspended in August 2019 after she fought back against some users' remarks calling China's Taiwan or Hong Kong as a "country."

Guo was confused about the suspension. "I never used any inappropriate words," she told the Global Times. "I just told a basic fact that Taiwan and Hong Kong belong to China."

Similar to Liu, Guo's comment on Instagram had sparked a backlash with users calling her "Chinese dog." "They were much more impolite and offensive than mine," Guo said, redressing that those replies actually qualify US' media depiction of Chinese users.

US media's slanders are based on their ingrained stereotype and prejudice against Chinese netizens, noted Shen Yi, director at the Research Center for Cyberspace Governance at Fudan University.

Arrogantly placing themselves in an information cocoon, US media selectively receive information about China and blindly believe that an opinion field - such as a Western social media platform like Twitter or Facebook - is normal only when it is filled with negative voices of China, Shen said.

"Therefore, when there are Chinese users fighting against the negative voices, US media regard it as 'abnormal' and simply label them nationalists or government-sponsored posters," he told the Global Times.

"I don't accept these labels," Guo said, adding that she is neither a party member nor represents anyone. "I'm just a patriotic person who refuted online slanders against China using befitting words."