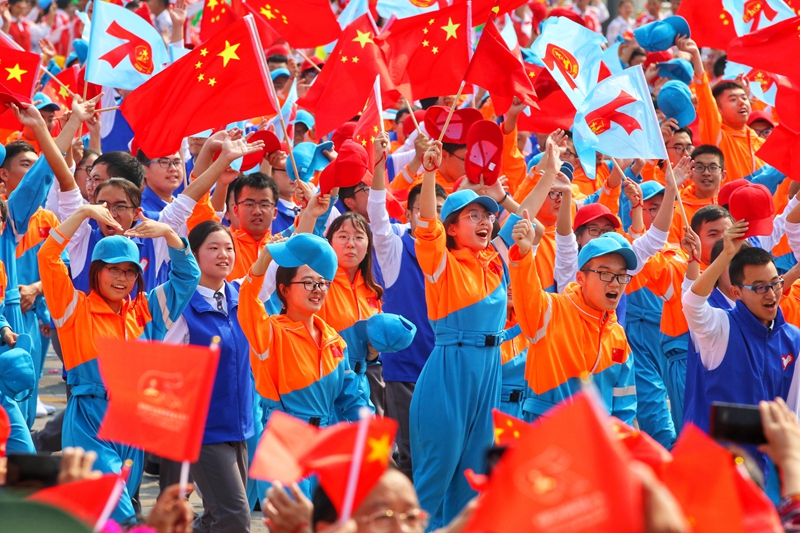 “Stability” was chosen as the hottest Chinese character related to domestic topics this year, but the phrase that swept the country was “me and my motherland”.

The campaign received thousands of suggestions from netizens nationwide since it started on Nov 20. It is the 14th time the list was published.

Many of the submissions related to domestic and international issues, but the dominant influencing factor was the 70th anniversary of the founding of the People’s Republic of China in October.

During the anniversary celebrations, patriotic flash mobs popped up to sing the classic Chinese song Me and My Motherland which was also popular on social media.

Pop diva Faye Wong released a new rendition of the song in September, which became an instant hit, riding a wave of nostalgia and patriotism.

The film Me and My Motherland hit theaters on Sept 30, one day before China’s National Day, an anthology of short stories directed by seven directors led by Chen Kaige.

Drawing on historical and key moments since the founding of the People’s Republic of China, the seven directors focused on the seemingly distant yet close ties between individuals and the country, aiming to awaken the common memories of Chinese people around the world.