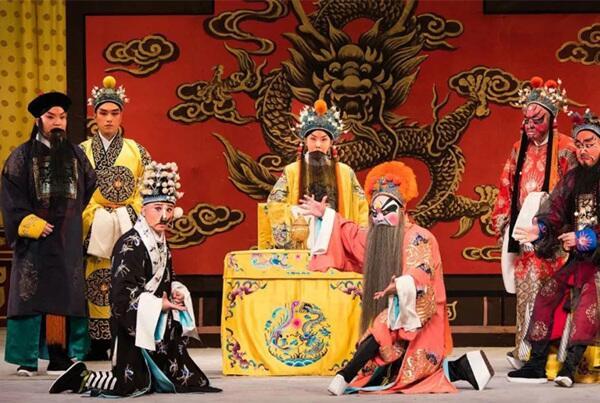 Two unique Peking Opera comic shows were performed in Beijing on March 13 and 14 following the completion of a significant opera training program.

The March 13 show was a combination of scenes from famous operas such as "Borrow the Plantain Fan," "Kill Ba Jie," "Steal Armor," and "Lyu Bu Inquires Spy," while March 14 was "Triple Attempts to Steal the Nine-dragon Goblet" performed in its entirety. Following the enthusiastic cheers that rumbled through the Beijing Chang'an Grand Theater, it can be concluded that the program was a success.

This recent training program was approved in 2019 and began in Beijing in December 2020 to cultivate young actors for comic roles in Peking Opera, a category that has often evaded the interest of new talents. A total of 20 trainees were recruited from universities, colleges, and local troupes in Beijing.

The program was sponsored by the Beijing Culture and Arts Fund, hosted by the Art Research School of Beijing Foreign Studies University (BFSU), and organized by the Jingju Theater. The young talents will be trained to perform kung fu comedy roles derived from Peking Opera and popularized by master Ye Shengzhang. 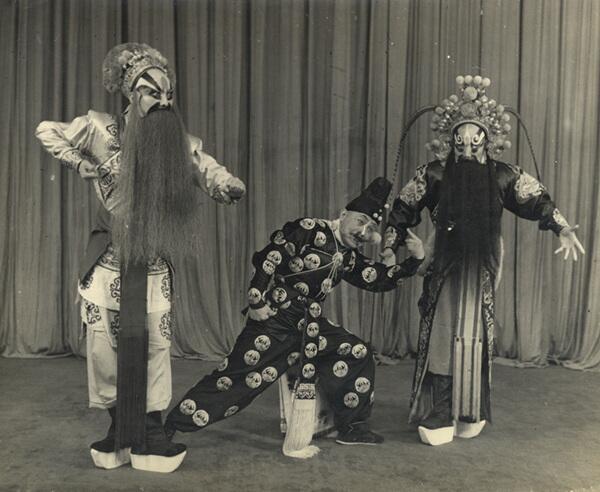 Ye Shengzhang (1912-1966) was the third son of Peking Opera educator and performing master Ye Chunshan and honored by the opera industry as the "greatest performer" of the "chou" role. The chou role is notable for being one of the four main roles in Peking Opera that combines comedic acting with martial arts. However, given that most resources and attention are often given towards leading male and female roles, interest in comic roles is often lacking.

Marking the second edition of the program since it was launched in 2016, this year’s performance was backed by Jingju Theater, the National Peking Opera Company, Northern Kunqu Opera Theatre, Beijing's Hebei Bangzi Opera Troupe, the National Academy of Chinese Theatre Arts, and the Beijing Opera Art's College, exploring how best to create dialogue and support between art funds, universities and troupes. 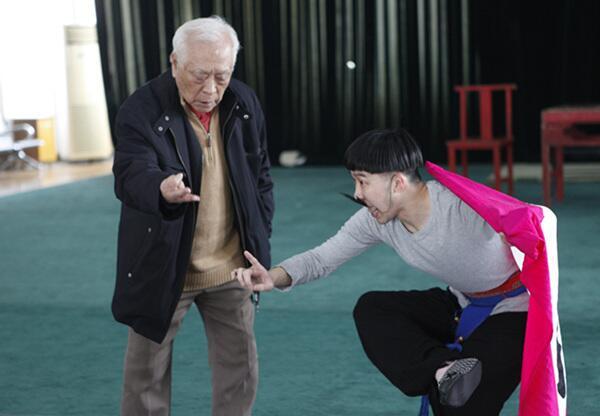 A student learns about and rehearses a scene from the classic opera "Lyu Bu Inquires Spy" from their Peking Opera teacher. (Photo courtesy of BFSU)

The art of kung fu comedy acting from the Ye Shengzhang school has been inherited and passed down systematically through generations in large part thanks to literature resources drawn from the Research Institute of the Fu Lian Cheng Troupe and teaching resources drawn from descendants and disciples of the Fu Lian Cheng Troupe. These traditions have far-reaching significance and influence in the continuation and dissemination of China's excellent traditional culture and art, the organizers said.

A performer in training, Cao Yangyang, said that despite the pandemic, enthusiasm from both the teachers and students continued unabated. "The concentrated learning, the two shows in the Beijing Chang'an Grand Theater, and the face-to-face learning opportunities with masters were all very rare learning experiences," Cao said, adding that he truly felt he had improved as a performer and will be more confident and natural on stage in the future. 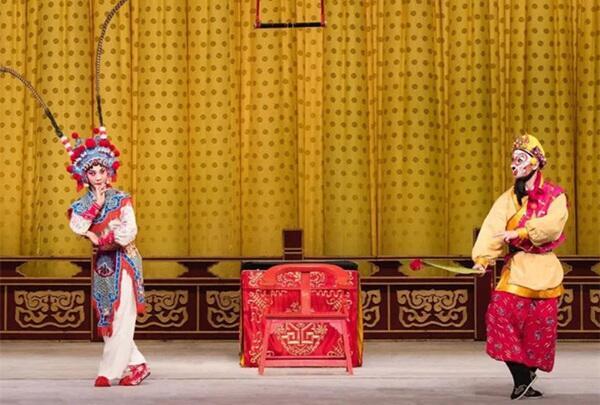