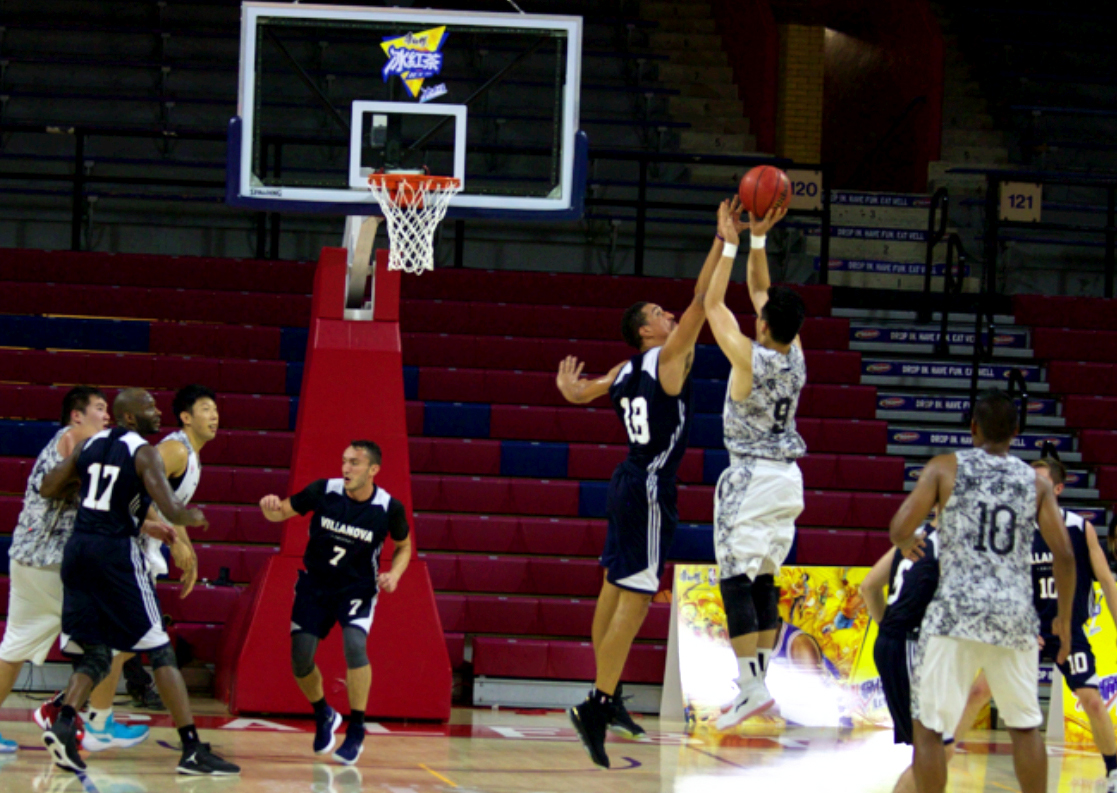 Visiting Peking University (PKU) basketball team has defeated NCAA reigning champion Villanova University team 93-62 in a friendly on Thursday, culminating their nine-day trip to the US.

The PKU team, champion of Chinese university basketball league CUBA in 2017-18 season, was undergoing a summer training camp in the US.

Though the Vilanova team did not field its regular first-team players due to NCAA regulations, the PKU team’s win is a confidence booster for the visitors. 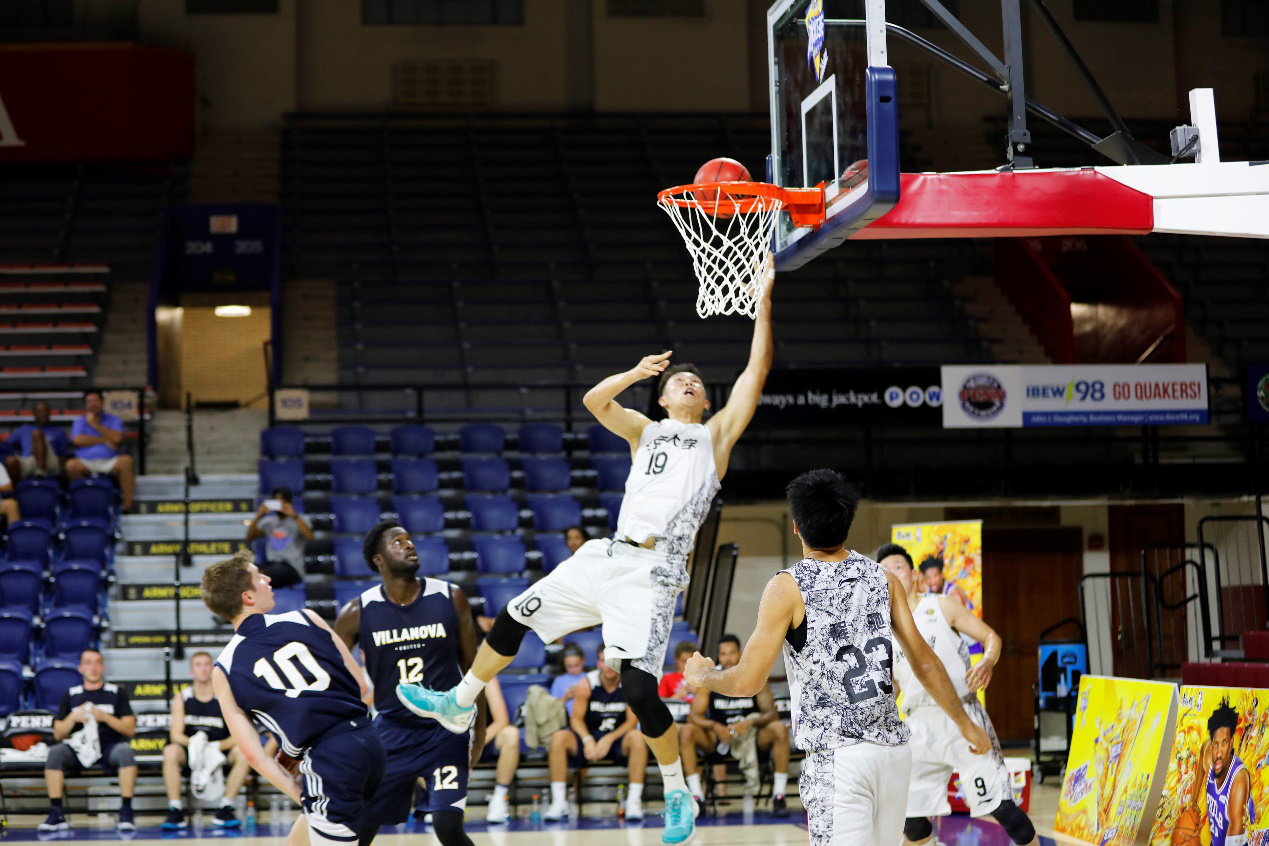 A PKU team player goes for a rebound during the match. (Photo: Courtesy of PKU basketball team)

“Our opponents are stronger than us, and their pace is quicker,” said Wan Shengwei, a key player of the PKU team. “We know there is a gap between us, but there’s no time for us to think about conceding when playing on court.”

The PKU team players were also being guided by Muggsy Bogues, the shortest player ever to play in the NBA. The 1.60-meter point guard made his name widely known in China through his days with the Charlotte Hornets. 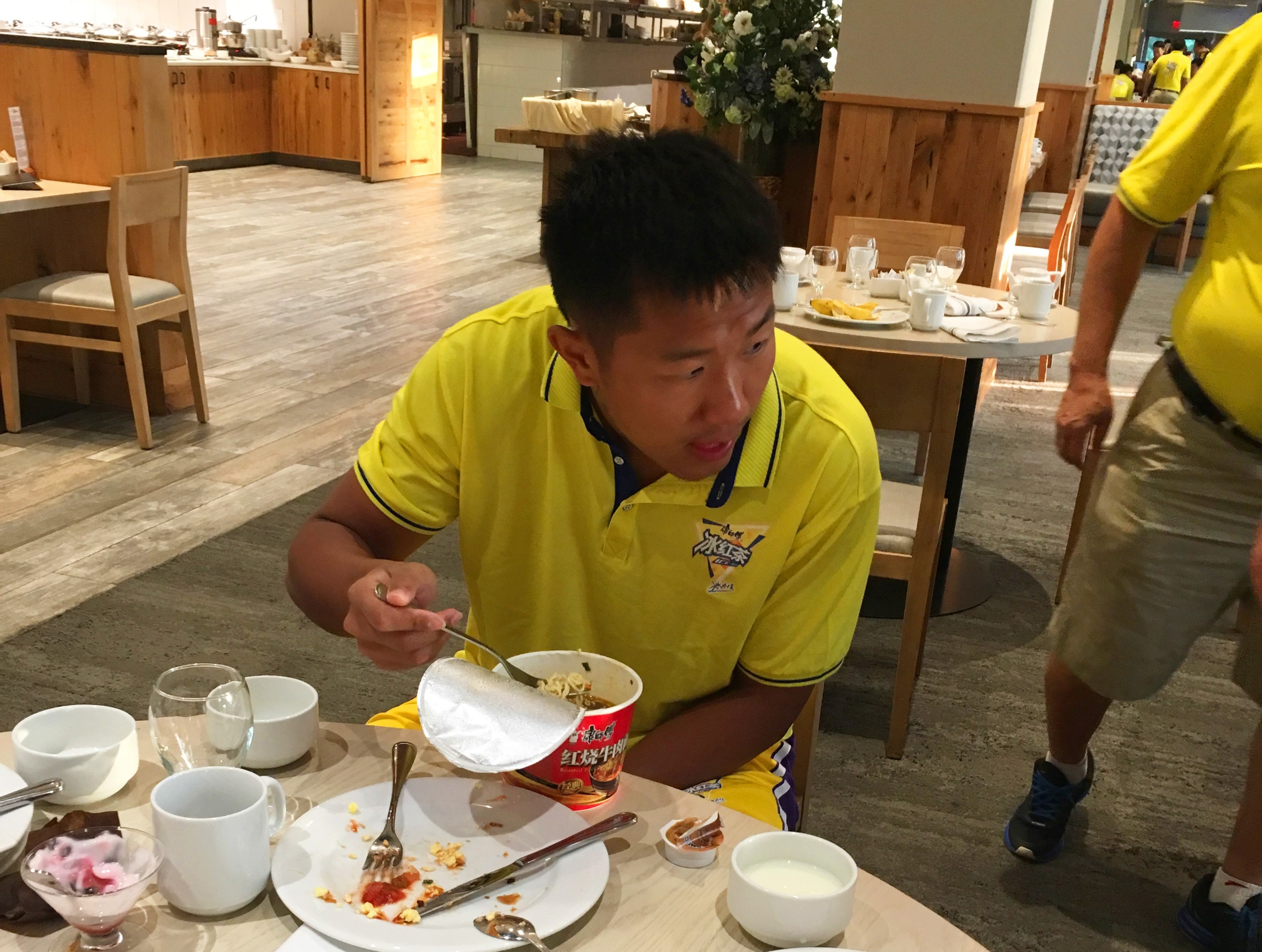 The PKU players also attributed Chinese instant noodles to their win, as they had to cope with the problem of different food habits in America.

“An NBA nutritionist told us we need to have more meals a day but less food at each meal, to ingest things digestible,” a PKU player said. “As some of us are more used to Chinese food, the instant noodles are the most convenient option for us.” 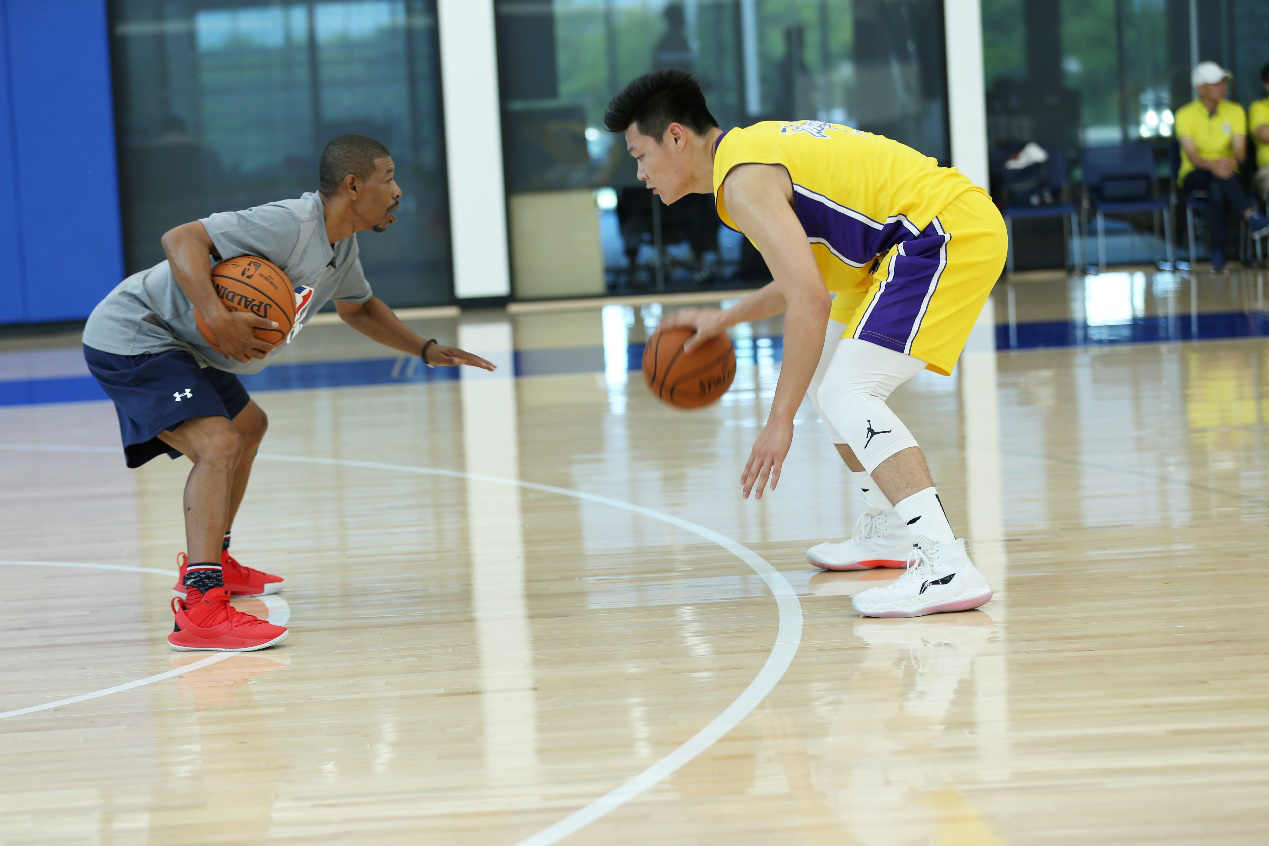