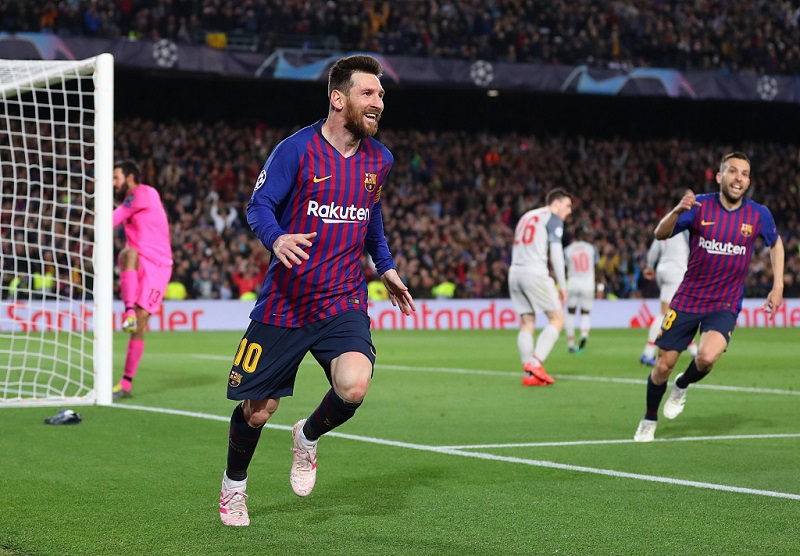 Lionel Messi of Barcelona celebrates after scoring his teams second goal during the UEFA Champions League Semi Final first leg match between Barcelona and Liverpool at the Nou Camp on May 01, 2019 in Barcelona, Spain. (Photo by Catherine Ivill/Getty Images)

RIO DE JANEIRO, May 2 (Xinhua) -- Brazil legend Pele on Thursday paid tribute to Lionel Messi after the forward scored his 600th goal for Barcelona during his team's 3-0 win over Liverpool in the first leg of their Champions League semifinal.

The 31-year-old Argentina international reached the milestone with a curling 30-yard free-kick, his second goal of Wednesday's match at the Camp Nou, as Barcelona edged toward a place in the final.

The 78-year-old three-time World Cup winner is the only player in history to have scored more goals than Messi for one club, having netted 643 times for Santos from 1956 to 1974.

The return leg between Liverpool and Barcelona will be played at Anfield next Tuesday.