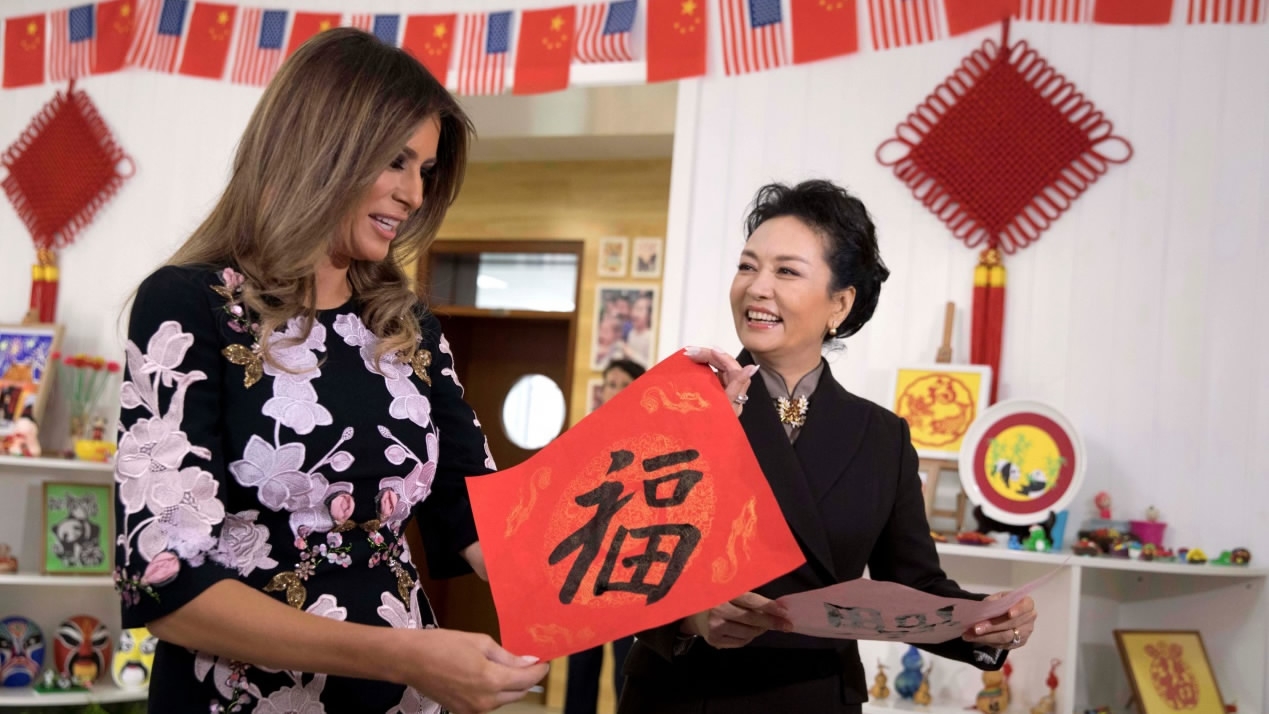 First Ladies Peng Liyuan and Melania Trump visited the Banchang Elementary School in Beijing's Dongcheng district on November 9, 2017, touring the building and participating in a series of cultural and educational activities with pupils.

The school has gained a reputation for its steadily improving level of education. 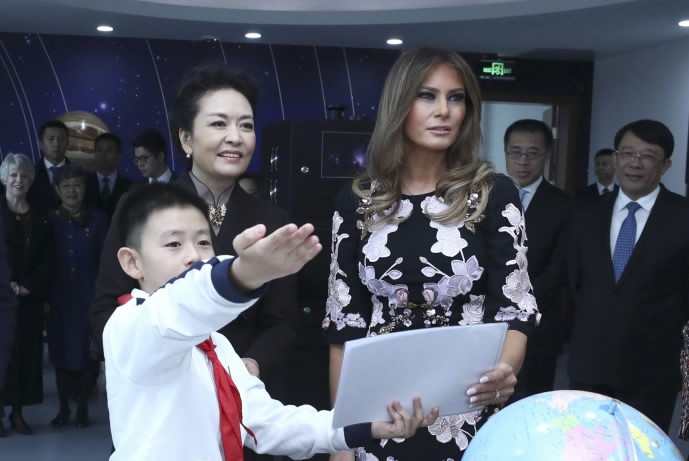 This year, Banchang Elementary School marked its 70th anniversary and promised to carry on its educational spirit to make new and better achievements in the future.

The visit was a reflection of President Xi Jinping's emphasis that every child has “fair access to good education” which he stated in his work report delivered to the 19th National Congress of CPC, analysts said. 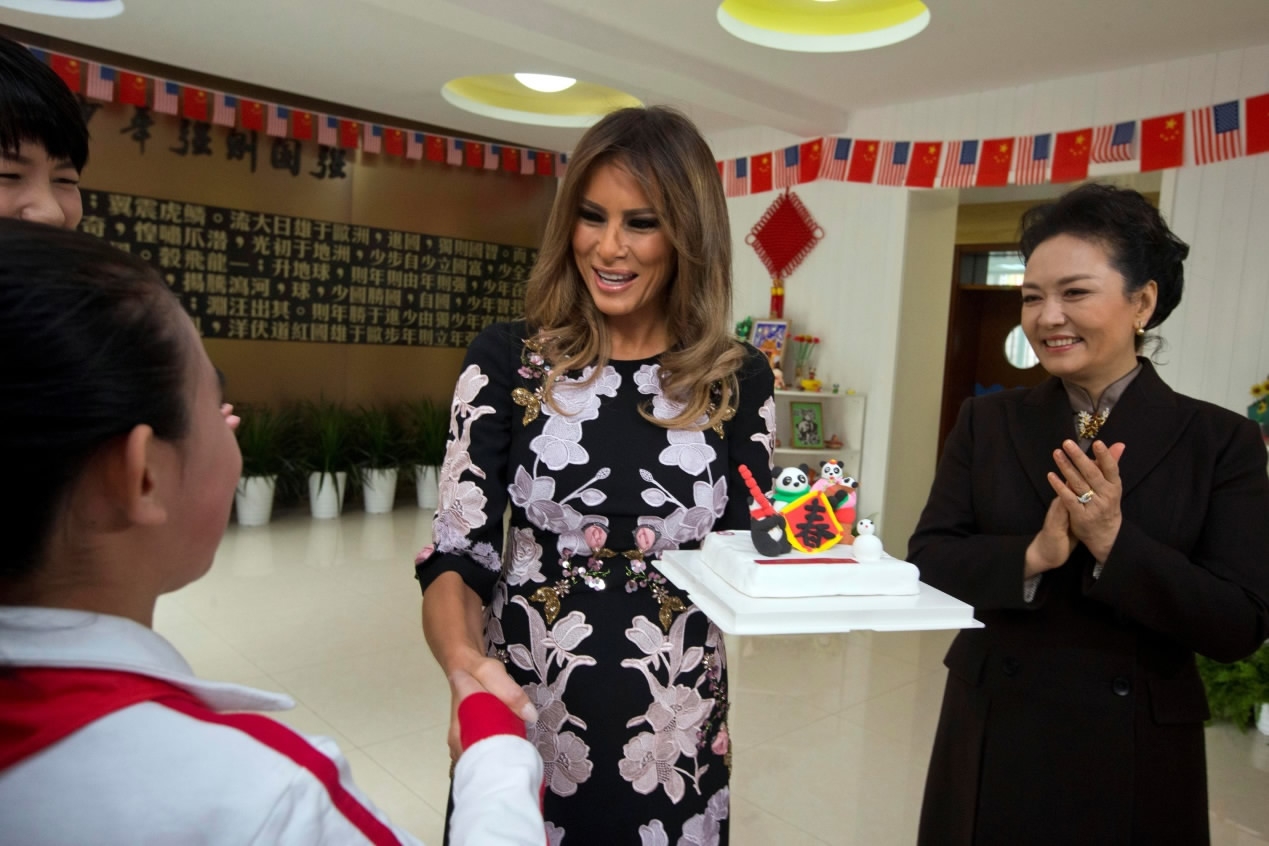 US first lady Melania Trump shakes hands with a Chinese student after being presented with a gift made from dough as Chinese first lady Peng Liyuan, right looks on during a visit to the Banchang Elementary School in Beijing, China, Thursday. /Reuters Photo

US President Donald Trump and his wife Melania landed in China on Wednesday afternoon, for a three-day state visit to China.