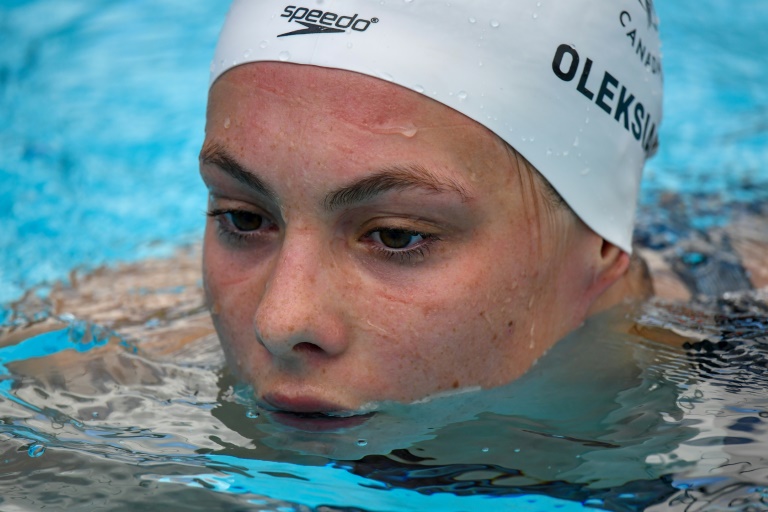 Canada's Penny Oleksiak insists she has finally left the "weirdness" of capturing Olympic swimming gold at the tender age of 16 after finally recovering from a lengthy Rio hangover.

Oleksiak, who is preparing for the world championships which begin in South Korea this weekend, stunned the sport when she dead-heated American Simone Manuel in the women's 100 metres freestyle final as a gangly schoolgirl.

The Canadian also came away from Rio with a silver medal in the 100m butterfly and two relay bronzes but has struggled to replicate that form since.

"It was definitely a massive learning experience," Oleksiak told AFP after training in Gwangju.

"It was just so different to what most 16-year-olds would have to deal with," she added, attempting to explain her difficulties over the last two years.

"At the same time I had normal 16-year-old things to do, so it was a lot of weird circumstances put together at once and I wasn't expecting any of it."

However, Oleksiak has been able to compartmentalise swimming from her private life since the Olympics and maintains that the experience toughed her up.

"I had to mature quickly," said the Toronto native, set to contest the 50m butterfly and the 100 and 200m free in Gwangju.

"I'm still 19, I'm a kid. But I'm always going to be grateful for what happened at the Olympics and looking back I wouldn't change it for the world.

"I don't really put any pressure on myself and neither do my family or friends. I really don't have any complaints with how my last three years have gone."

With the likes of Manuel, Sweden's Sarah Sjostrom, Australian Cate Campbell and American Katie Ledecky lurking in her freestyle events, Oleksiak will need to rediscover the magic, and quickly, in Korea.

"I'm feeling pretty confident," she said. "But they've always been tough events and it's a big field of really competitive girls."

Oleksiak has been eclipsed since Rio by countrywoman Taylor Ruck, who scooped a record eight medals at a breakout Commonwealth Games on Australia's Gold Coast last year, including gold in the 200m free.

The 19-year-old backed that up by winning the 200m free at the Pan Pacific championships in Tokyo, venue for next year's 2020 Olympics.

"Last year definitely helped with my maturity and confidence," said Ruck, who can no longer fly under the radar after her rapid rise in women's swimming.

"It definitely got the momentum rolling but I honestly haven't noticed anything different. I just kind of go about my life as I usually would."

Ruck, who slurps a cheeky espresso before races, admits she has had to cut down on her screen time in the run-up to the world championships.

"I've been deleting Instagram on and off so that's helpful and keeps me more engaged in real life," she grinned.

"I can turn a blind eye to whatever I need to. Not paying attention to outside stuff keeps me humble, keeps me engaged and keeps me focused on what I need to do."