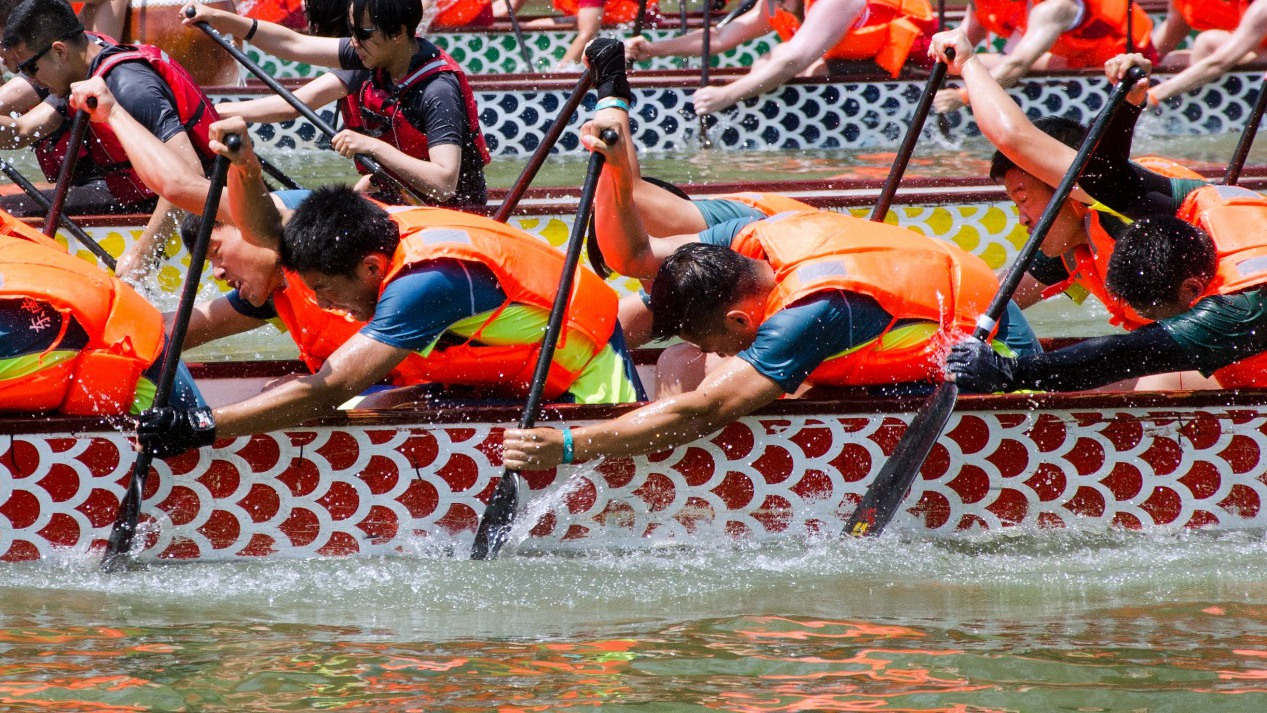 The dragon boat race in east China's Jiangxi Province is getting started. One hundred people are taking part in the race and tens of thousands of people are cheering them on.

According to legend, the ancient Chinese poet Qu Yuan threw himself into a river after being exiled by the king, and boats set out to rescue him.

Today, the story is re-enacted by races between boats decorated with dragon heads and tails. In addition to boat racing, the festival is not complete without making Zongzi, a pyramid-shaped glutinous rice dumpling wrapped in reed leaves.

Chinese people eat Zongzi as a traditional snack during the Dragon Boat Festival. In Fujian Province, local people make a big Zongzi weighing 1,000 kilograms. It's made of 400 kilograms of glutinous rice, 100 kilograms of meat, and nuts and vegetables. It takes three days to finish.

Children are also celebrating the traditional holiday in their own way, such as making "scented sachets," which are fine pieces of sateen stuffed with herbs. It's said that children can be protected against illness by wearing the scented sachets. All these traditions have been passed down for centuries.

Since 2008, the Dragon Boat Festival is not only a festival but also a public holiday in China.