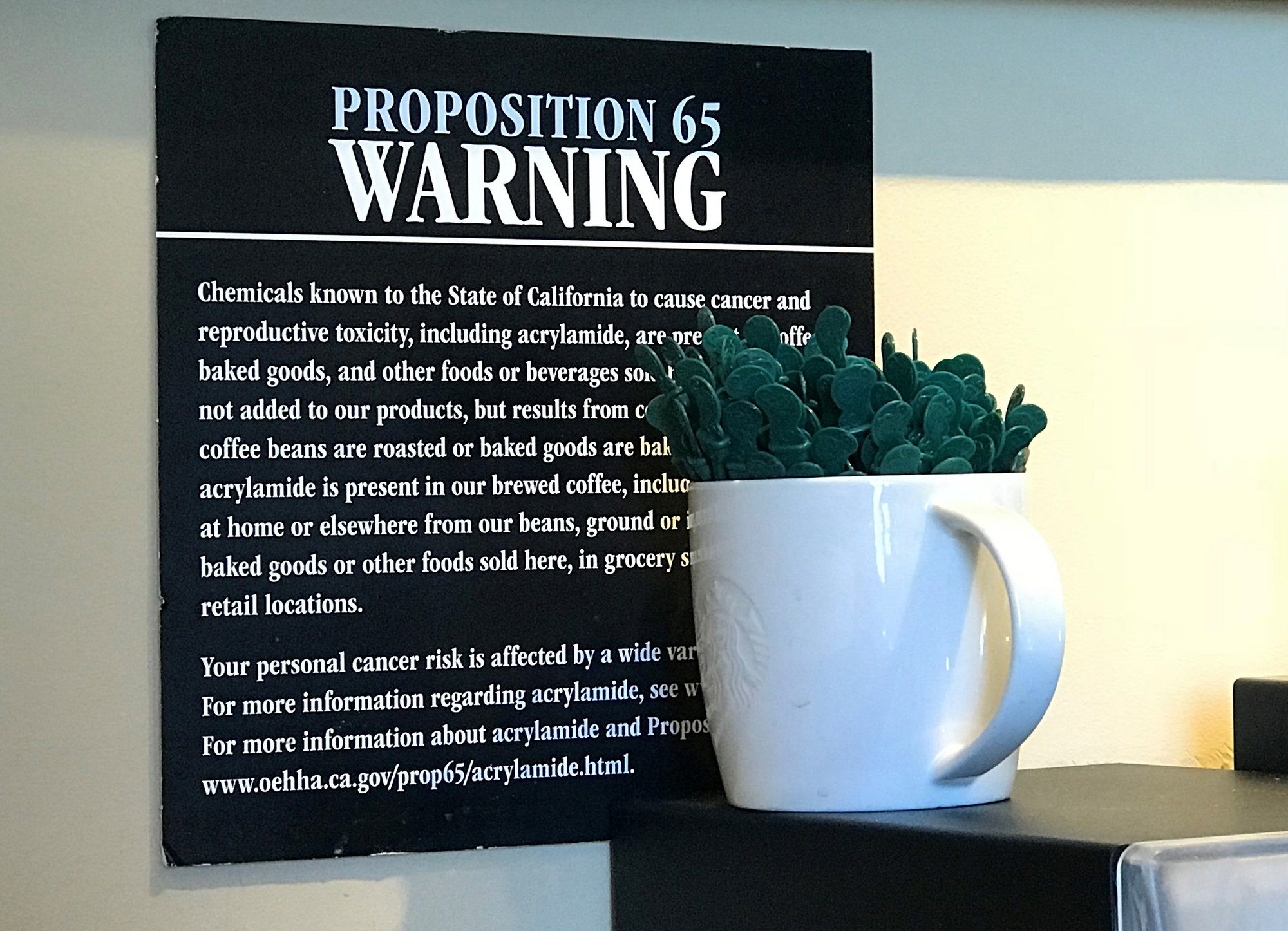 California officially gave its blessing to coffee Monday, declaring the beverage does not pose a “significant” cancer risk.

The rule, proposed a year ago by regulators, means coffee won’t have to carry ominous warnings that the beverage may be bad for you.

The state took the rare move after a Los Angeles judge found Starbucks Corp. and other companies failed to show that benefits from drinking coffee outweighed risks from a byproduct of the roasting process.

That ruling put the industry in jeopardy of hefty civil penalties and in the position of either developing a process to remove the chemical or warning consumers about the risk of cancer.

The chemical in question, acrylamide, is on a list that California says causes cancer, though other groups classify it as a “probable” carcinogen.

Under a law passed more than three decades ago by California voters, products that contain chemicals that cause cancer or birth defects must warn consumers about those risks.

The Office of Environmental Health Hazard Assessment, which implements the law, concluded there was no significant risk after a World Health Organization review of more than 1,000 studies and found inadequate evidence that coffee causes cancer. Further, it concluded coffee reduces the risk of some types of cancer.

“Coffee is a complex mixture of hundreds of chemicals that includes both carcinogens and anti-carcinogens,” said Sam Delson, a spokesman for the agency. “The overall effect of coffee consumption is not associated with any significant cancer risk.”

It was the first time the state has declared such a brew of chemicals safe despite the presence of carcinogens, Delson said.

The coffee industry cheered the rule.

“This is a great day for science and coffee lovers,” said William Murray, president and chief executive of the National Coffee Association USA. “With this news, coffee drinkers around the world can wake up and enjoy the smell and taste of their coffee without hesitation.”

The Council for Education and Research on Toxics, which successfully sued the coffee industry in a case that has dragged on more than eight years in Los Angeles Superior Court, will challenge the validity of the state’s regulation in court, said attorney Raphael Metzger.

Metzger, who represents the small nonprofit in its lawsuit against Starbucks and about 90 coffee companies, said the regulation was adopted in violation of state law and disregards the statutes the agency is supposed to implement. He said the regulation can’t be applied retroactively to nullify the judge’s ruling.