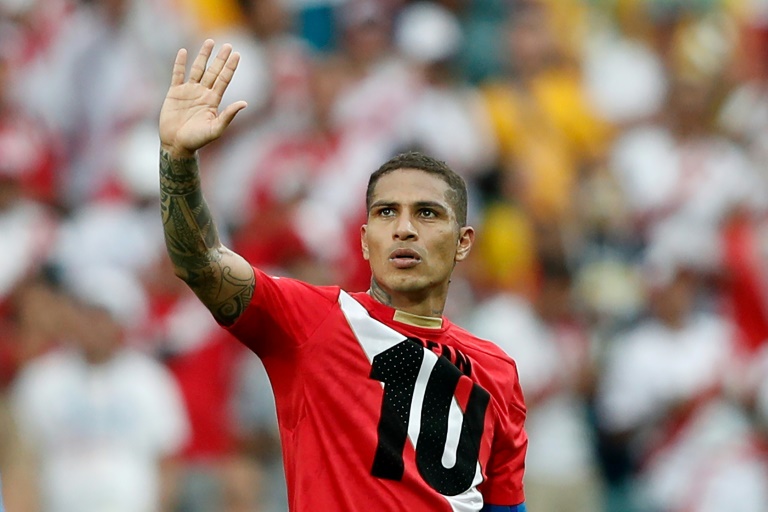 A Swiss court which cleared Paolo Guerrero to play for Peru at the World Cup, despite a doping ban, says he can also play for his club, for now (Photo: AFP)

Peruvian football star Paolo Guerrero can play for his Brazilian club Flamengo when it resumes competition this week, despite his suspension for cocaine use, Switzerland's top court said Tuesday.

In late May, the Swiss Federal Tribunal put a provisional stay on a suspension given to Guerrero by the Lausanne-based Court of Arbitration for Sport, allowing him to play for Peru at the World Cup.

It had not been immediately clear if that stay applied only to the World Cup, raising concern among Flamengo fans that the club might have to get by without their star.

But a spokesman for the Swiss tribunal told AFP that the May decision "is in force until the court approves other measures or reaches a final decision."

Guerrero, 34, tested positive for traces of cocaine after a World Cup qualifier between Peru and Argentina on October 5.

He was initially banned for a year, this was later reduced to six months on appeal last December.

That ban ended on May 3, making Guerrero eligible to play at the June 14-July 15 World Cup in Russia.

But instead of accepting the ruling, Guerrero appealed to CAS in a bid to clear his name. Sport's top arbitration court responded by increasing the reduced six-month ban to 14 months.

CAS secretary general Matthieu Reeb told AFP on Tuesday that the Swiss tribunal may decide to reimpose the suspension after it receives the full argument in support of the decision reached by CAS judges, which is likely to happen by the end of the month.