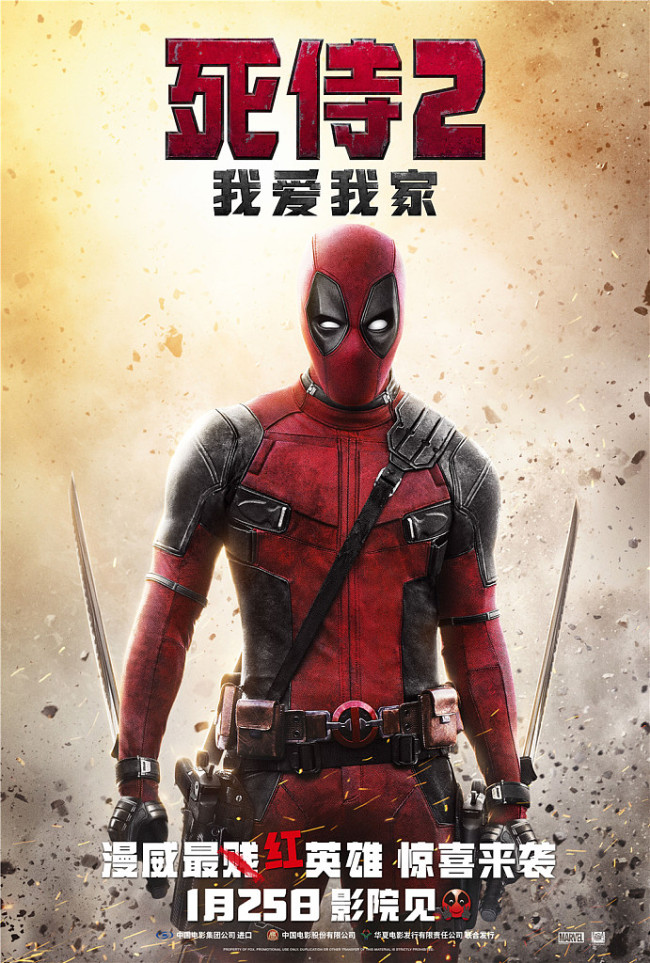 The film "Once Upon a Deadpool" will hit screens across China next Friday under the title "Deadpool 2: I Love My Home."

The R-rated original has been recut into a PG-13 version for local release. Its cinema release has been described by some as a New Year's surprise for the local audiences who enjoyed previous superhero comic book adaptions like "The Avengers" and "Venom".

It is the first installment of the "Deadpool" series to be released in China. The first two films were banned because of their adult content, including violence and excessive profanity.

One of the film's starts, Ryan Reynolds, has said that 1 U.S. dollar from each ticket sold will go to the charity F-ck Cancer, which has been temporarily renamed "Fudge Cancer" for the film's family-friendly release.

"Once Upon a Deadpool" was released in the United States on December 12. Its box office takings have totaled more than six million U.S. dollars in North America.