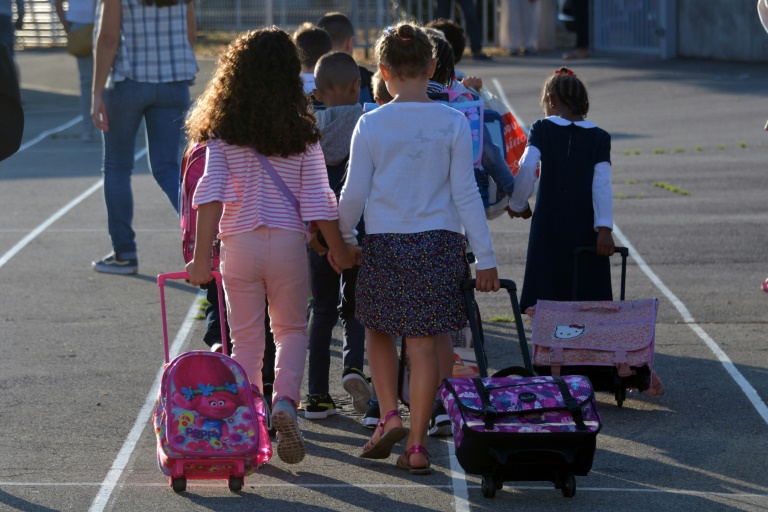 Texting under the table should be a thing of the past after French children returned to class Monday following a nationwide ban on mobile phones in schools.

The new rule, a campaign pledge of President Emmanuel Macron, was brought in under a law passed in July which for primary and junior schools also banishes tablets and smart watches.

High schools, which teach students aged 15 to 18, can introduce partial or total bans on electronic devices as they reopen after the summer break, though this will not be obligatory.

Proponents say the law, which has prompted vigorous debate, will reduce distraction in the classroom, combat bullying, and encourage children to be more physically active during recess.

"I think it's a good thing," Marie-Caroline Madeleine, 41, told AFP after dropping her daughter off for the first day of middle school in Paris.

"It's a good signal that says 'school is for studying', it's not about being on your phone," she added. "It's hard with adolescents, you can't control what they see and that's one of the things that worries me as a parent."

Nearly 90 percent of French 12- to 17-year-olds have a mobile phone, and supporters hope the ban will limit the spread of violent and pornographic content among children.

Education Minister Jean-Michel Blanquer has hailed the legislation as "a law for the 21st century" that would improve discipline among France's 12 million pupils.

"Being open to technologies of the future doesn't mean we have to accept all their uses," he said in June, as the bill was going through parliament. 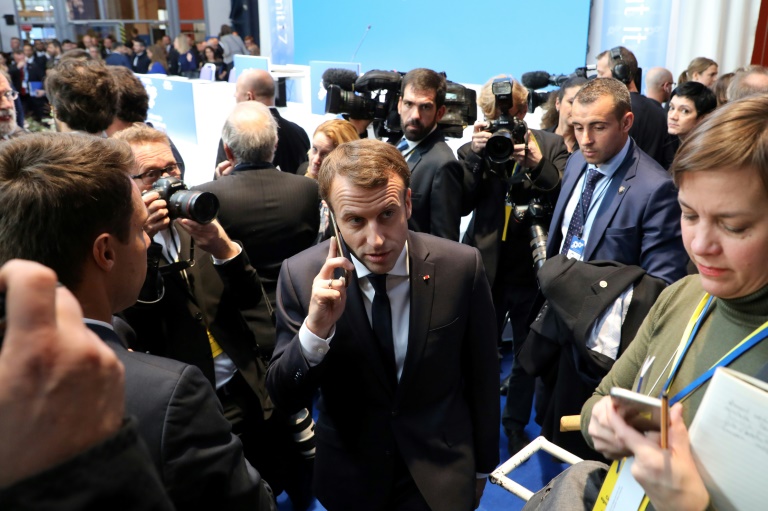 But critics dismiss the measure as a public relations exercise, and predicted it will be difficult to apply.

The government has left schools to decide how to implement the new rules, recommending that they store students' phones in lockers during the day -- but some schools don't have them.

Research shows that in French schools that have already banned phones, many pupils admit to breaking the rules.

Schools all over the world have struggled to adapt to the rise of pocket-sized devices as parents grow increasingly anxious about the amount of time their children spend glued to the screen.

In 2015 New York Mayor Bill de Blasio lifted a ban on phones in his city's schools on security grounds, saying parents should be allowed to stay in touch with their children.

Macron, a 40-year-old centrist, pledged widespread reforms when he was elected, and education has been no exception.

Along with the mobile phone ban, he has halved primary school class sizes in disadvantaged areas to 12 in a bid to narrow a massive gap in outcomes between children from poor families and those from wealthy ones.

On the other end of the age spectrum, a shake-up of the higher education system to make university access more selective prompted a wave of student sit-ins this year.