"Just seeing that the little bird with that thing is now, it's just infuriated me," said Karen Mason, a female photographer.

Karen Mason took these pictures on June 20 when she was doing bird education at St. Pete Beach, Florida, US. She saw a mother black skimmer bird was giving her baby something, so she held up her camera and took pictures.

When Karen got home, she put the photos on her computer and made them bigger, that's when she saw it wasn't a fish, but a cigarette butt. 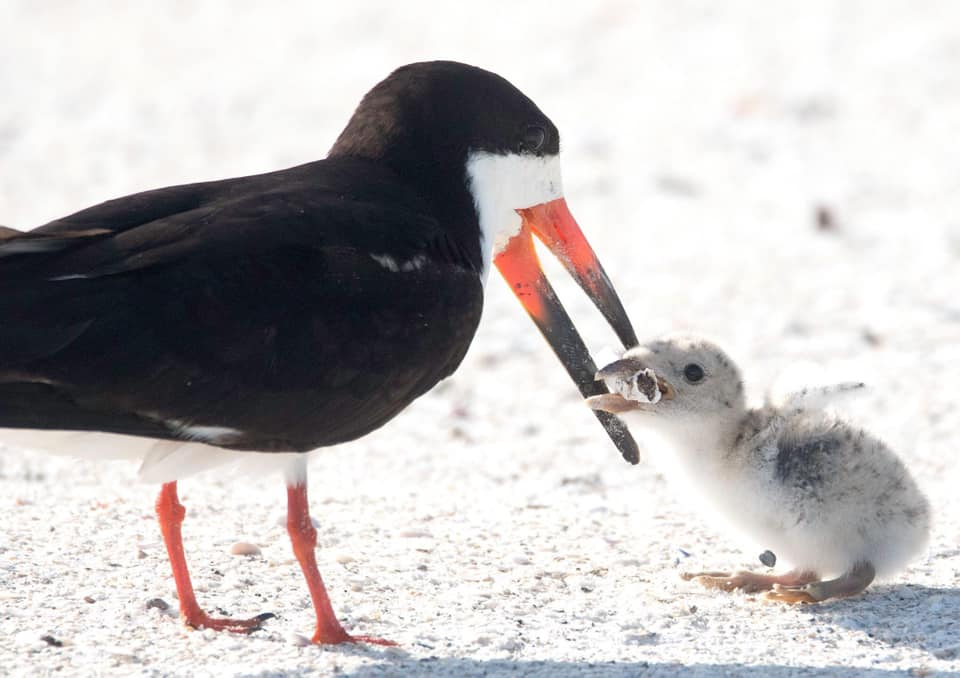 The mother bird is feeding chick with a cigarette butt. (Photo: CGTN)

Research found 4.5 trillion cigarette butts are littered worldwide every year. They are flicked on roads, parks, beaches and other places. It is one of the most common forms of litter in the world.

Cigarette butts take on average of 1.5 years to break down, and hazardous chemicals such as cadmium will pollute the soil and water. "People just throw out their windows or just drop them where they are, and they don't even think about it," said Karen.

So she put the pictures on several conservation sites she belongs to on Facebook, hoping raise alarm to more people. 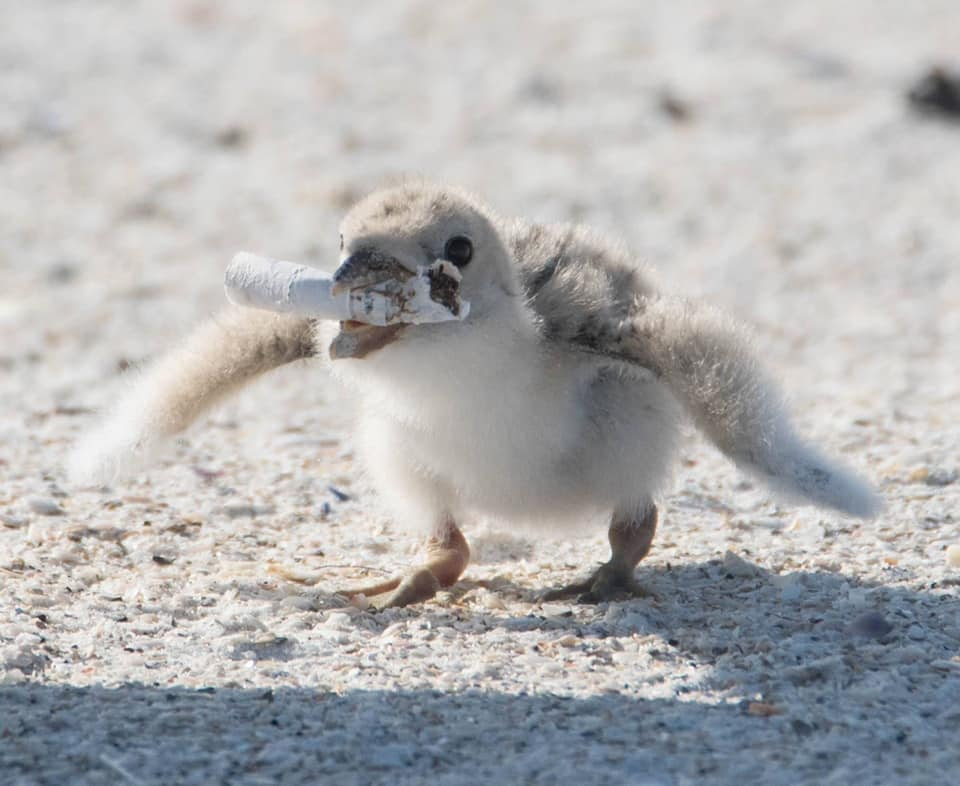 "It's time we cleaned up our beaches and stopped treating them like one giant ash tray," wrote Karen on her Facebook. (Photo: CGTN)

The 64-year-old photographer has been playing around with photography for about 20 years, "it makes you see the world in a different way," Karen told CGTN. After she retired last year, she found herself with more time for her hobbies.

However, since her pictures went viral, she has been incredibly busy, Though she believes this will pass, she hopes more people, especially young people can get involved in conservation, "because they're the ones that are gonna have to unfortunately change this."