CULTURE Picasso captured by the photographer's eye in new exhibition

Picasso captured by the photographer's eye in new exhibition 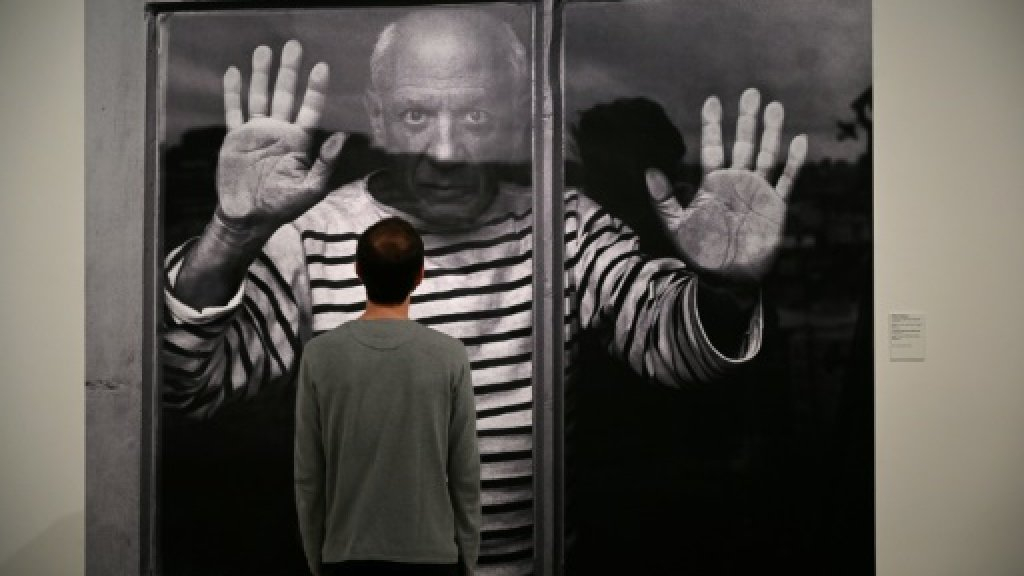 A marine stripe jumper, a crown of grey hair surrounding his bald spot and a penetrating gaze: it is an image that has become emblematic of Pablo Picasso, the Spanish artist adored by some of the 20th century's greatest photographers.

A new exhibition in his museum in Barcelona, "Picasso, Photographer's Gaze", is a journey through the artist's life through pictures, some of them taken by Picasso himself and others with him as the protagonist.

Included is a 1952 portrait by French photographer Robert Doisneau in which the painter appears for the first time with his trademark marine striped jumper behind a window, leaning on the glass.

By then, Picasso was living in the south of France where he would spend the last years of his life as a celebrity, under the lens of prestigious photographers like Robert Capa, Henri Cartier-Bresson, Brassai or David Douglas Duncan.

"Picasso is photogenic. He'd had that awareness since he was very young and played with this image," says Violeta Andres, curator of the exhibition that opens on Friday.

"He was one of the first to understand the power of image... And instead of shutting himself up and not letting anyone enter his space, he let himself be seen but always controlled his image."

Dozens of photographers came to his home, taking portraits of Picasso and his studio, full of various works of art, but few managed to get him "working for real, in a spontaneous gesture."

With the exception perhaps of his lover, surrealist photographer Dora Maar.

In a series of 1937 portraits in his Paris studio, she was able to show Picasso forgetting the camera, engrossed in making one of his greatest creations, "Guernica".

"It's one of the few photos in which he allowed us to really see his creative intimacy," says Andres.

On top of portraits, the exhibition also includes photos taken by the artist himself as well as works born from his collaboration with photographers like Maar or Andre Villers.