CULTURE Plácido Domingo to perform for first time since accusations

Plácido Domingo to perform for first time since accusations 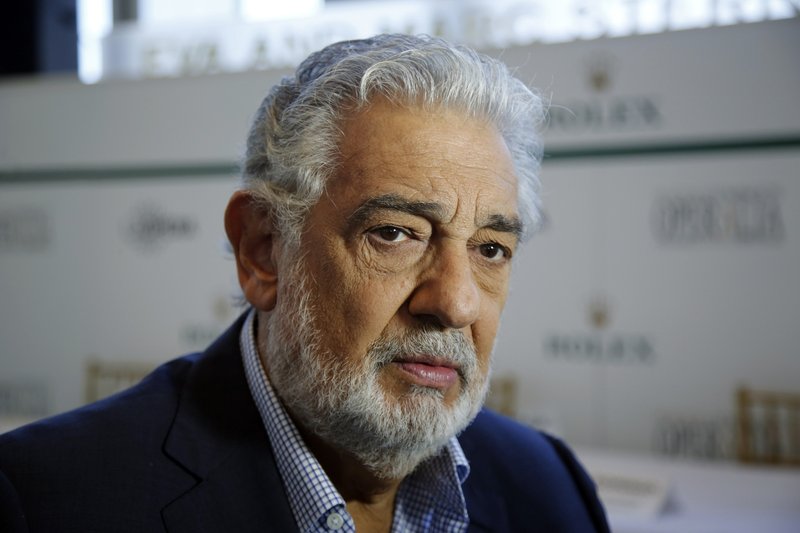 Plácido Domingo returns to the stage at the Salzburg Festival on Sunday in his first appearance since nine women accused him of sexual harassment in a report by The Associated Press.

The case has divided the opera world. Two US opera houses immediately canceled planned appearances. European opera houses have so far confirmed engagements scheduled through November 2020, in what some see as an effort to slow a perceived rush to judgment in the #MeToo movement.

The 78-year-old star, who rose to global fame as a tenor, will sing the baritone role of Miller in performance of “Luisa Miller.”

He has received unwavering support from the festival, as well as his co-stars. Domingo appears smiling in an Instagram posted this week by co-star Nino Machaidze alongside tenor Piotr Beczala and conductor James Conlon.

The AP story published last week detailed extensive allegations of sexual harassment by nine women against Domingo that spanned decades, starting in the 1980s. The women accused Domingo of using his power at the LA Opera, where he has been the longtime general director, and elsewhere to try to pressure them into sexual relationships. Several of the woman said he dangled jobs and then sometimes punished them professionally if they refused his advances. Allegations included repeated phone calls, invitations to hotel rooms and his apartment, and unwanted touching and kisses.

In a statement to the AP, Domingo called the allegations “deeply troubling and, as presented inaccurate” and said he believed his interactions with the women to be consensual. He hasn’t spoken publicly about the allegations since the article was published.

Culture writer Hedwig Kainberger wrote in the Salzburger Nachrichten this week that there is no reason for Domingo not to sing at the festival. She noted that he has never had the sort of political power at the Salzburg festival that he has in some US opera houses.

“However, Plácido Domingo has benefited a lot from public fame,” Kainberger added. “Therefore, in addition to the jubilation, he should also bear the criticism, listen to the protests, participate in the clarification and muster the courage to make any confessions.”

Culture editor Gert Korentschnig wrote in in the Vienna daily Kurier on Sunday that such cancellations absent a guilty verdict in a court of law are “an excessive exaggeration of political correctness,” and that the focus should be not on individual singers but on the system as a whole.

“Is opera, where the artists and above all female artists, depend on the goodwill of the artistic director, conductor or singer, a hoard of power abuse?” he asked. “The Domingo case is more than a pummeling of a superstar. It is a cry against suppression and machoism throughout the music business.”