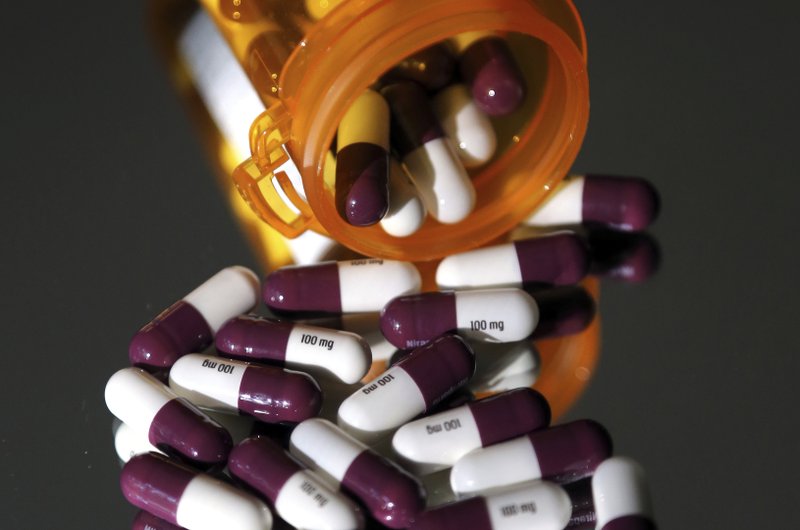 The Trump administration, eager to show progress on prescription drug costs, on Wednesday moved forward with its plan to allow Americans to safely and legally get access to lower-priced medicines from abroad.

But patients are unlikely to see quick relief on prices, even in states such as Florida that are pursuing their own import plans. Meanwhile, major legislation to lower costs for seniors has gotten bogged down in a Congress consumed by the impeachment of President Donald Trump.

Canadian officials have also raised questions, saying their country’s prescription drug market is too small to have any real impact on US prices.

In Washington, US health officials unveiled a proposed regulation that would allow states to import many brand name drugs from Canada, with federal oversight. A second draft plan would let pharmaceutical companies seek approval to import their own drugs, from any country.

It’s unclear if either pathway will be available to patients ahead of the 2020 election, although the Trump administration has advanced beyond its predecessors in trying to set up a supervised system for importing drugs. Medicines cost less in other advanced countries because the governments take an active role in setting prices.

Health and Human Services Secretary Alex Azar traveled to Florida on Wednesday to promote the plan with Republican Gov. Ron DeSantis. Earlier this year, DeSantis signed a bill intended to allow pharmacies and wholesalers in his state to import drugs from Canada, for patients covered by government programs like Medicare.

There are still some hurdles before Florida can start, the governor acknowledged on Wednesday.

“This is not easy stuff,” DeSantis said. More work is needed, “but I’d much rather be here moving forward than on the sidelines chirping,” he added.

Azar earlier told reporters that allowing imports “can move us to a more open and competitive market.”

“We will not take steps that would put patients or our drug supply at risk,” he added.

Wednesday’s proposals follow the outline of an announcement by the White House in July. Many people already buy at least some of their medicines from pharmacies in Canada or Mexico, although technically it’s illegal to import them. The idea of allowing importation has been around for years, but previous attempts have been blocked by pharmaceutical industry lobbying and safety concerns seconded by government regulators.

The politics of the issue have shifted under Trump, a relentless critic of industry pricing. Lawmakers of both major political parties, but particularly Democrats, also doubled down.

The rhetoric may be having some effect. A recent government report showed that prices for pharmacy drugs fell by 1% last year, for the first time in 45 years. But the decline was driven by lower generic drug prices while the cost of brand name drugs continued to rise, although more slowly.

The cost of medicines remains one of the top health care worries for Americans, and a recent Gallup-West Health poll found that 66% of adults believe the Trump administration has made little or no progress on the issue.

The administration is following a two-part strategy.

A proposed regulation would set up a system for states to import brand name medicines from Canada, working through pharmacies and wholesalers. Mainly pills would be covered under the plan. Insulin, biologic drugs, narcotics and certain other medications would be excluded, at least initially.

Earlier this year Canada’s acting ambassador to Washington expressed concerns after a meeting with White House officials. “Canada represents only 2% of global pharmaceutical consumption (compared with) America’s 44%,” Ambassador Kirsten Hillman said in a statement. “Not only are we too small of a market, Canada cannot increase its domestic pharmaceutical drug supply to meet U.S. demand.″

The second part of the Trump administration’s plan is draft legal guidance to drug companies outlining steps they can follow to import their own drugs. That could potentially allow for the importation of a broader range of medications, and from any country, Azar said.

On Capitol Hill, the House and the Senate have different strategies to cut drug costs. There’s considerable overlap between the congressional plans, but there are also sharp differences.

A bipartisan bill in the Senate and House-passed legislation from Speaker Nancy Pelosi would cap what Medicare recipients pay out of pocket for medicines and penalize drug companies that raise their prices above the inflation rate.

But Pelosi would go much further. Her recently passed bill would authorize Medicare to negotiate drug prices and plow back the savings to provide seniors with new dental, hearing and vision coverage. With congressional Republicans set against Medicare negotiations, the White House has issued a veto threat on Pelosi’s bill, even though candidate Trump supported the idea in 2016.

“If President Trump actually wants to lower drug prices, he should pick up the phone and tell (Senate Majority Leader Mitch) McConnell to send him the House-passed ‘Lower Drug Costs Now Act,’ which provides the negotiations he promised the American people,” Connelly said in a statement.