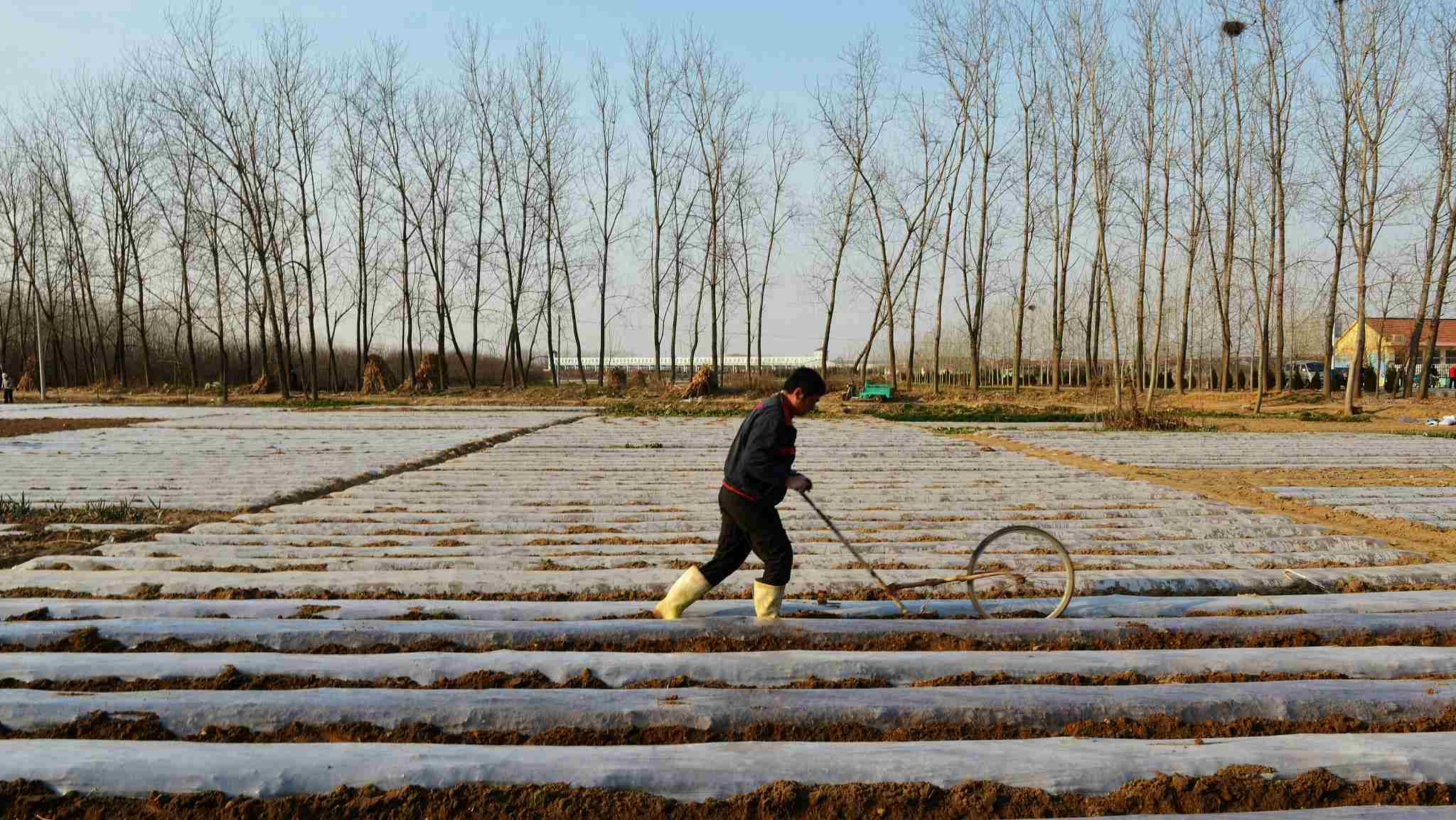 A team of scientists is believed to have found a solution to control rising farmland plastic contamination. Massive use of thin plastic film for agriculture has polluted vast tracts of fields across the globe in recent years.

Since plastics are not biodegradable, film residue remains in the soil for years adversely affecting soil fertility, interfering with water transport and diminishing crop growth.

Polyethylene (PE) and PBAT are both petroleum-based polymers. While the former is non-biodegradable, the latter is biodegradable. Researchers proved that PBAT is also biodegrades in agricultural soils.

"This research directly demonstrates, for the first time, that soil micro-organisms mineralize PBAT films in soils and transfer carbon from the polymer into their biomass,” maintained Michael Sander, a senior scientist at ETH Zurich.

The findings were recently published in a study titled, “Biodegradation of synthetic polymers in soils: Tracking carbon into CO2 and microbial biomass.”

“By definition, biodegradation demands that microbes metabolically use all carbon in the polymer chains for energy production and biomass formation – as we now demonstrated for PBAT,” said Hans-Peter Kohler, an environmental microbiologist at Eawag.

In their experiment, researchers placed 60 grams of soil into glass bottles, each with a volume of 0.1 liter. PBAT films were inserted on a solid support into the soil.

After six weeks of incubation, the scientists assessed the extent to which soil microorganisms had colonized the PBAT surfaces. However, researchers have yet to figure out over which timeframe PBAT degrades in soils in the natural environment, as these are only lab experiments, not field based.

“Unfortunately, there is no reason to cheer as of yet: we’re still far from resolving the global environmental problem of plastic pollution,” Sander cautioned. “But we’ve taken a very important first step in the direction of plastic biodegradability in the soil.”

The research team is hopeful that their study will be noticed by industry to manufacture biodegradable films. “We’ve developed analysis techniques that open the door for industry to test the environmental impact of their plastic products,” said co-author of the study Kristopher McNeill.

“Thanks to our method, they can switch to using biodegradable materials in the production of thin mulch films instead of non-degradable PE.”

A game changer for China and the Middle East

The experiment might be a game changer for China and Middle East countries, both being the primary users of the plastic mulch.

According to the China Agricultural Statistical Yearbook, the plastic film mulch used in the country has increased by nearly four-fold from 319,000 tons to 1,245,000 tons within a decade from 1991 to 2011.

However, the inferior quality of plastic film “currently used in China is less than 0.008 mm thick; in contrast, the mulch film used in the US and European countries are generally 0.020 mm and in Japan 0.015 mm,” the study added.

Researchers suggested the use of thick sheets and also a policy recommendation for using films made from biodegradable materials.

The challenge is only a few companies manufacture eco-friendly films for agriculture; also those made with PBAT are expensive.

At present “Biodegradable mulch films play only a minor role. Yet, these products are an important starting point to decrease stress on agricultural soils and protect them from plastic accumulation in the long term,” Sander added.