Polanski blames Weinstein and says media 'making me a monster' 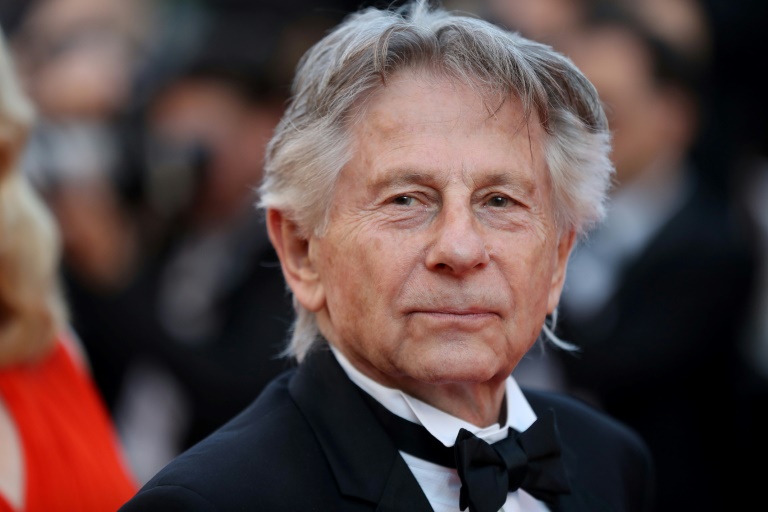 Polanski has been a fugitive from US justice since 1978. (Photo: AFP)

Film director Roman Polanski has spoken out for the first time since another woman accused him of rape, declaring that the media are "trying to make me into a monster".

And in an extraordinary twist, he blamed Harvey Weinstein for his woes, in an interview with Paris Match magazine published Wednesday.

He claimed the disgraced Hollywood mogul tried to brand him a "child rapist" to stop him winning an Oscar in 2003 for "The Pianist".

Polanski -- a fugitive from US justice since 1978 after he admitted the statutory rape of a 13-year-old girl -- also dismissed the latest rape allegations against him as "absurd".

He said he "absolutely denied" beating and raping French photographer Valentine Monnier at his Swiss chalet in 1975.

"Obviously I have no memory of it because it is false," he told Paris Match magazine, before pouring scorn on her story.

"Clearly accusing me of rape isn't sensational enough anymore, you have to add another layer.

Monnier, who was an 18-year-old model and actress at the time, went public as Polanski's new film, "An Officer and a Spy", was released in France last month.

She said Polanski also tried to give her a pill as he beat her "into submission".

But the director repeatedly ridiculed her claims as "aberrant" in the interview, before turning on Weinstein.

He blamed the producer for starting a whispering campaign against him to sabotage his chances of an Oscar after "The Pianist" won the best film and best director at the British Bafta awards.

Weinstein was pushing his own film, "Chicago", which won six Oscars including best picture.

"It was him who dug up my case with Samantha Geimer from 26 years before which no one was interested in anymore," Polanski told Paris Match.

"His press agent was the first person to call me a 'child rapist'," he added.

The movie -- which drew on some of Polanski's own experiences as a Jewish child in Poland during the Holocaust -- went on to win three Oscars, including best director.

Polanski admitted the statutory rape of Geimer in a plea bargain in 1977 to avoid a trial on more serious charges.

But he fled to France after serving 42 days in jail when it appeared a judge was reconsidering his release.

Asked by Paris Match if he felt a victim of the saga, Polanski said that "for years they have been trying to make me into a monster".

The veteran film-maker caused outrage at the Venice film festival in August by comparing himself to the hero of his new film, Alfred Dreyfus, a Jewish officer wrongly persecuted by the French army at the turn of the 20th century.

Polanski insisted that he was only speaking out now for the sake of his wife, French actress Emmanuelle Seigner, and his children.

"I am used to the lies, my skin has thickened. But for my children and for Emmanuelle it's appalling.

"They are suffering enormously. They are insulted and threatened on social media.

"Of course I am responsible," the 86-year-old told the magazine. "In  1977 I made a mistake and it is my family who is paying the price half a century later."

Polanski accused the media of treating him with "incredible violence".

"They seize on every new false accusation, no matter how absurd, because it lets them bring up this story. It is like a curse that keeps coming back and I can do nothing about."

Polanski also claimed that Geimer, who he was accused of drugging and raping at Jack Nicholson's Los Angeles' home, had suffered more from the press than anything he had done to her.

"She and her family have suffered because of what I did, and despite me, it continues," he told Paris Match.

"It wasn't Samantha but the prosecutor who accused me of those crimes. I pleaded guilty to having sex with a minor. Only Samantha and I know what happened that day," he added.

"Since her name came out she has lived through hell. For years she has been asking the US authorities to close the chase and stop chasing me," Polanski said.

"She has written to the prosecutor several times to explain that the trauma the media circus causes her is a lot worse than what I subjected her to. Nobody takes this into account," he added.

Polanski is persona non grata in Hollywood, and cannot return to the US for fear of arrest.

Despite being expelled from the US Academy of Motion Picture Arts and Sciences, he has been defended by many in the French film industry.

Protesters in France forced several screenings of "An Officer and a Spy" to be abandoned.

But the movie has become one of the most successful French films of the year, with more than 1,150,000 flocking to see its first three weeks.