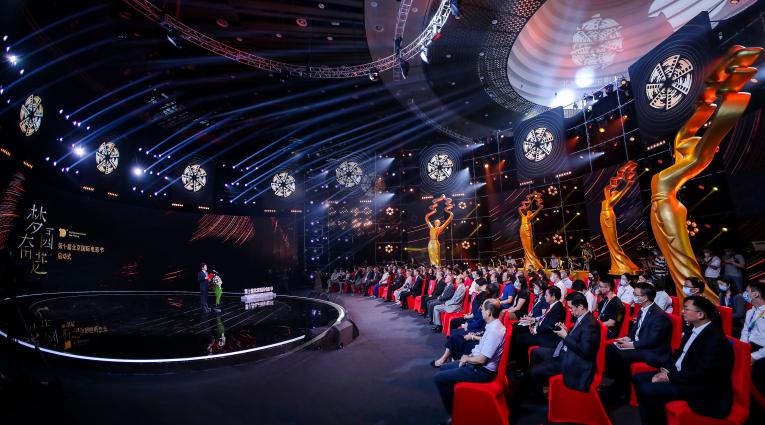 BEIJING, Aug. 22 (Xinhua) -- The 10th Beijing International Film Festival on Saturday kicked off in the Chinese capital, as the world's second-largest movie market recovers from the months-long closure of cinemas during the COVID-19 epidemic.

It was the first time that the festival was held without a red carpet event as an anti-virus precaution, even as the city has not recorded new domestically-transmitted cases since August 6.

It is another major film festival China hosted after the 23rd Shanghai International Film Festival, which brought more than 147,500 viewers into Shanghai's cinemas between July 25 and Aug. 2.

This year's festival will feature both online and offline events, including movie screenings and forums, from Aug. 22 to 29, its organizers said.

"There are more Chinese stories that we need to tell the world," Director Zhang Yimou said at the opening ceremony, calling on the film sector to carry on despite the immense hardship brought by the pandemic.

"We must continue our efforts to create new stories that touch the audience and give them power," he said.