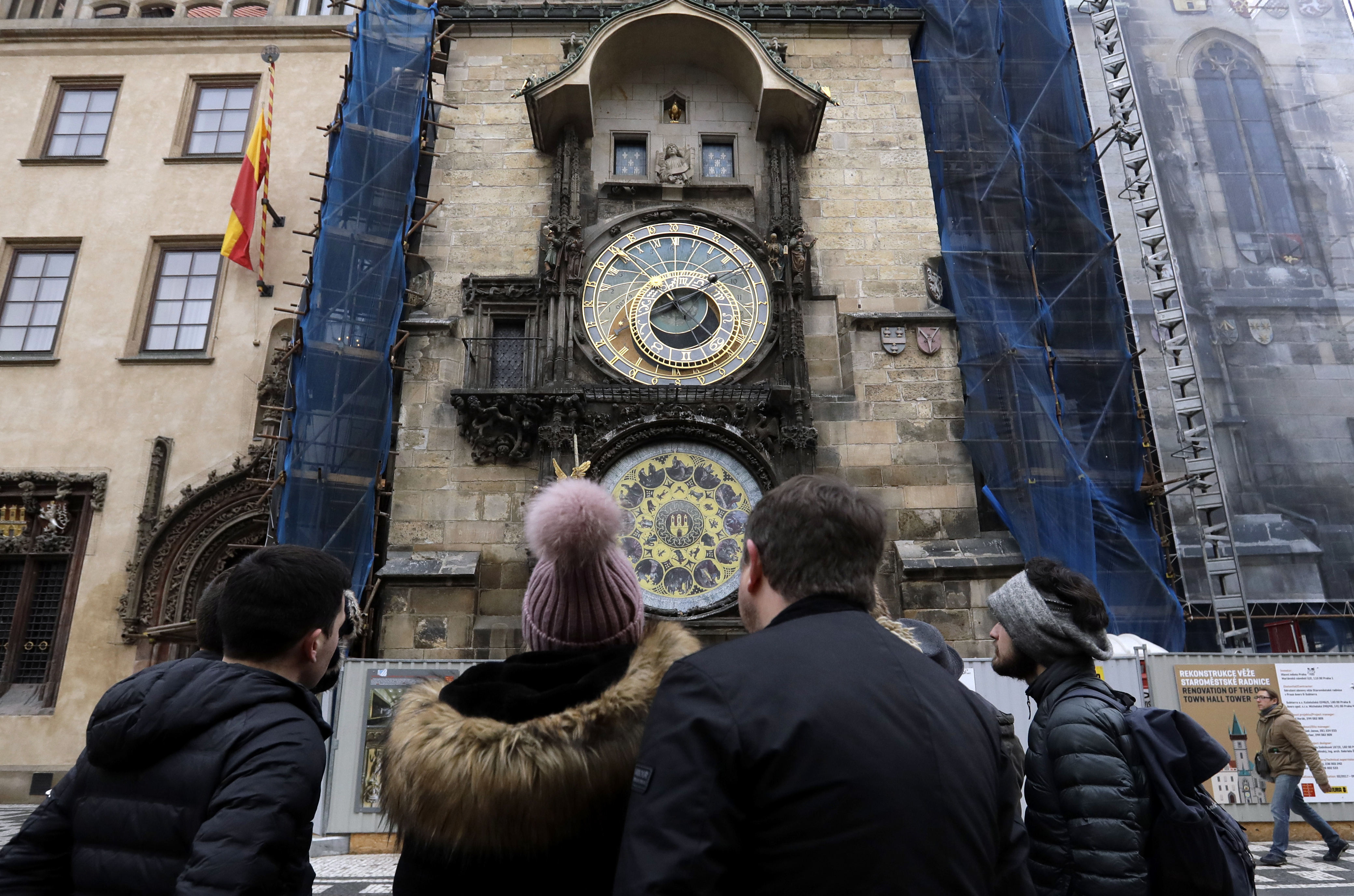 The 608-year-old clock, a must-see for many tourists with its hourly moving display of the 12 apostles and other figures, was removed in January for its first major repair since World War II.

With the clock set to resume operations on Friday at 6 p.m. (1600 GMT), here's a look at its history and restoration:

The clock, believed installed in the City Hall's tower in 1410, is unique because it still has its original mechanism.

A major addition came in the 18th century, when the apostles were introduced. Clock master Petr Skala said they were believed to be installed in 1723, during the reign of Holy Roman Emperor Charles VI.

The latest version of the round calendar board — which includes all 365 days of the year, the zodiac signs, the symbols of the 12 months and Prague's coat of arms — was created by Czech artist Josef Manes in 1866.