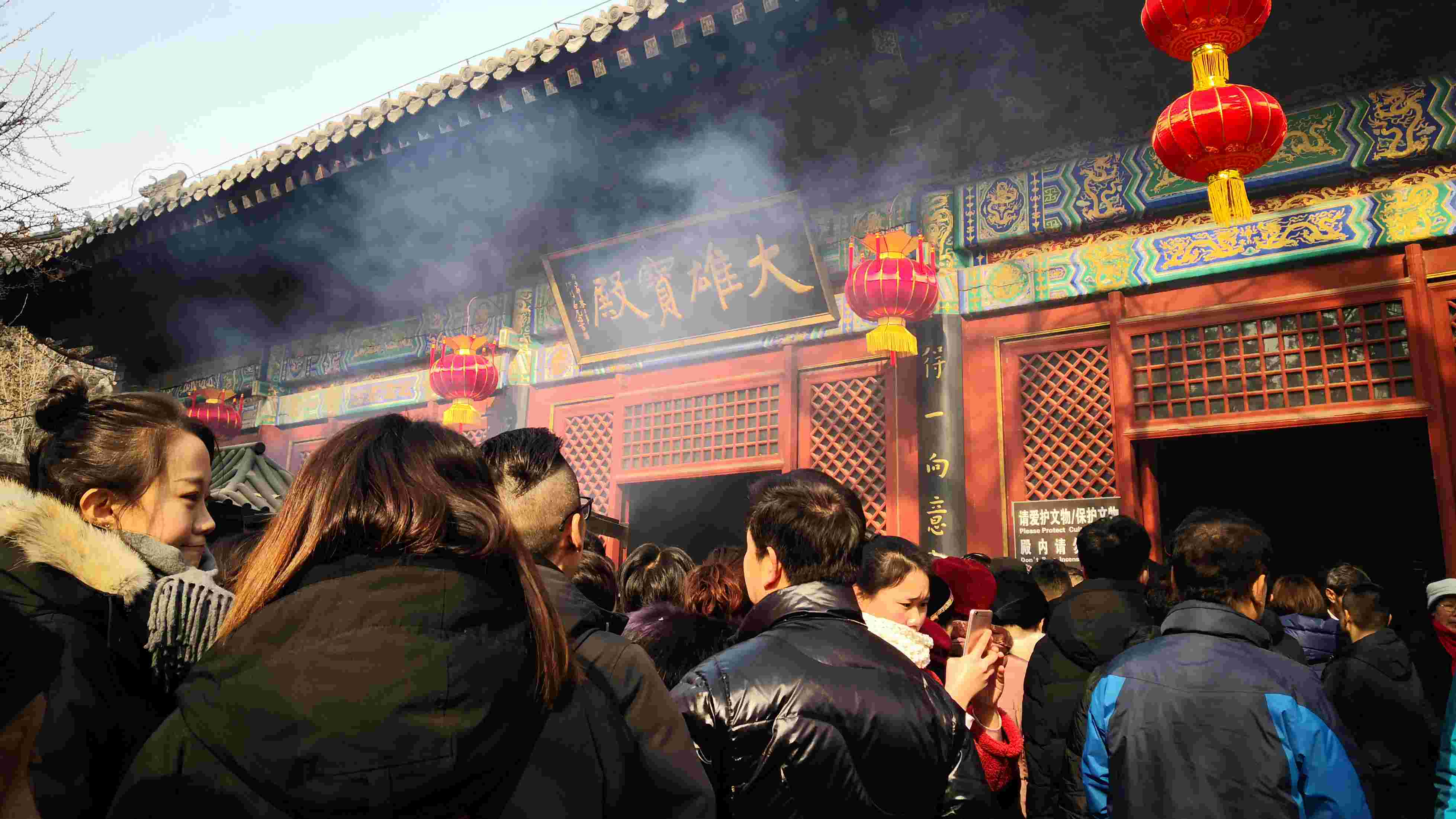 From the very early morning, worshippers flock to the Honglong temple on the outskirts of Beijing, hoping to get a good fortune by burning incense there, February 5, 2019. (Photo: CGTN)

Worshiping in Buddhist temples is one of many important traditions on the Lunar New Year's Day across China. It is said doing so brings good luck for the whole year. The Hongluo temple on the outskirts of Beijing is one of the oldest temples that people would like to visit on the special day.

From very early in the morning, worshipers flock to the Buddhist temple, some 50 kilometers from downtown Beijing despite the cold, lack of sleep and long trip.

CGTN interviewed some worshipers and heard some of their sincere wishes for the Year of the Pig.

"I came here 7:30 a.m. today. I come here every year on the first day of the New Year. I wish that the country is successful and prosperous, and wish for good health for my family," said one elderly worshiper.

"I will take a University entrance examination this year. I hope for a good outcome and for my family to be healthy and that everything will go well," a schoolboy told CGTN.

"Praying on the first day of the New Year is very effective. I wish to have a baby this year," said a female worshiper.  As one old Chinese saying goes, if you want to make a wish at Beijing's temples, male worshipers should go to the Lama temple and females to the Hongluo temple for making their wishes come true.

An estimated 20,000 people will visit the temple today. The number seems huge for one single day. But, the Lama temple in downtown Beijing attracts an even bigger crowd as some 80,000 people visited it on the Chinese New Year's Day in 2018.

Many may worry about the potential air pollution caused by incense burning, but Hongluo temple staff say the incense is environmentally friendly.

"Our incense sticks are custom-made from sandpaper, timber and clay. We've taken environmental factors into account. And we usually worship with three sticks together," said Yuan Jing, manager of the tour guidance department at the Hongluo temple.