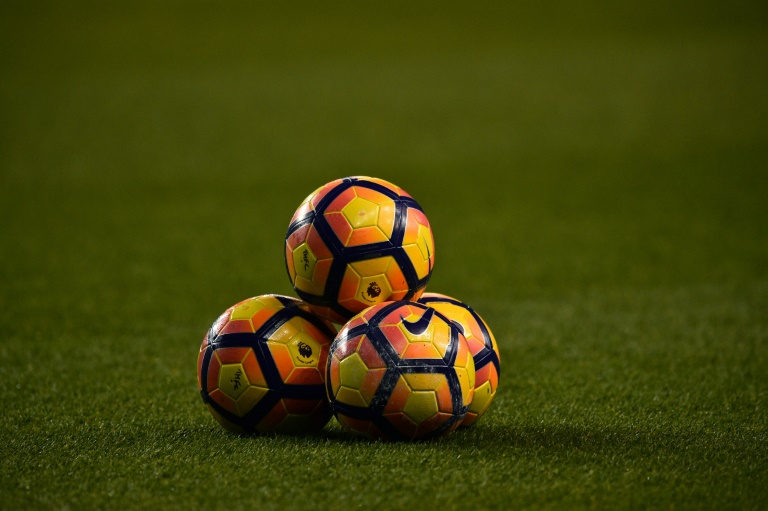 "While the Premier League is the clear market leader, we expect to see continued growth and interest across Europe’s (football) leagues in the years to come," said Tim Bridge, a director in the Sports Business Group (Photo: AFP)

The Premier League delivered its "most impressive results" ever in a European football market worth a record 25.5 billion euros -- reflecting a new era of financial stability, analysts Deloitte said on Thursday.

The 92 Premier League and Football League clubs generated a record £5.5 billion ($7.4 billion) and it is now more than five years since an English football club entered insolvency proceedings, reflecting better financial discipline and the positive impact of regulation, Deloitte said.

Roar Power - Annual Review of Football Finance 2018, from the Sports Business Group at Deloitte, said new broadcasting arrangements in England, Spain and France had had a major impact on revenue growth.

"The financial position of European football appears healthier than it has been for a long time, reflecting the global popularity of the game, the professionalism of leading clubs and the strength of the regulatory environment in which they operate," said Tim Bridge, a director in the Sports Business Group.

"While the Premier League is the clear market leader, we expect to see continued growth and interest across Europe’s leagues in the years to come."

With a new broadcast cycle starting in 2016/17 for the Premier League, the 20 clubs generated record revenues of £4.5 billion, 25 percent higher than in the previous season.

Deloitte said that in previous years, any increase in revenue would have been expected to lead to a proportional increase in wages but in an era of regulatory controls, clear market leadership and stronger financial self-discipline, wage costs rose only nine percent to £2.5 billion.

While this is still a record high, the Premier League's wages/revenue ratio fell to just 55 percent, its lowest level since 1997/98 (52 percent).

No Premier League club reported an operating loss, the first time that this has ever happened.

"The financial results of the class of 2016/17 are the most impressive we have ever seen," said Dan Jones, partner in the Sports Business Group.

He said slowing income from the sale of domestic TV rights after rampant inflation in recent years was not a cause for concern.

"The fact that the Premier League has once again shown its resilience and strength by retaining the vast majority of its audience and value has provided market-leading financial security to clubs for at least the next four years, providing they are not relegated," said Jones.

"Indeed, once the sales process for the remaining international rights is completed, we expect the league will have delivered overall increases in television revenue.”