Premier League has most international managers among major soccer leagues 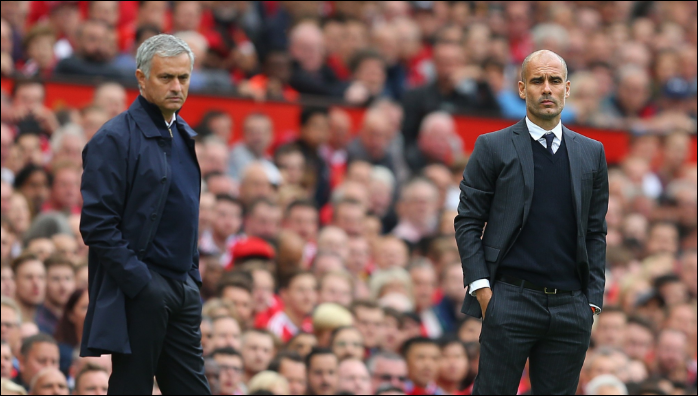 The four teams with English managers in the Premier League are Burnley (Sean Dyche), Bournemouth (Eddie Howe), Crystal Palace (Roy Hodgson) and Cardiff (Neil Warnock). All are not strong champion candidates and only make 20 percent of the league.

By contrast, managers of the rest 16 teams come from 11 countries. From well-established brand teams like Manchester United and Liverpool to iconic teams like Arsenal, Chelsea and Tottenham Hotspur and to upstart like Manchester City, these teams all have foreign managers including Jose Mourinho (Portuguese), Jurgen Klopp (German) and Josep Guardiola (Spanish).

The other four of the five major leagues in Europe rely much more on homegrown managers. Serie A takes the lead with 95 percent of their managers being Italian, meaning that only one of the 20 teams has a foreign manager: Julio Velazquez from Spain coaching Udinese.

In La Liga, the share of homegrown managers is 75 percent, leaving only five teams with foreign coaches. Interestingly, all of them are Argentine, led by Diego Simeone from Atletico de Madrid. The 20 managers should have no problem communicating with each other since they all speak Spanish.

In Bundesliga, 13 teams have hired German managers, which is about 72.2 percent though two of the league’s best teams, Bayern Munchen and Dortmund both have foreign managers. It's the same in Ligue 1 where 14 teams have French managers, but Paris Saint-Germain (PSG) and Monaco.