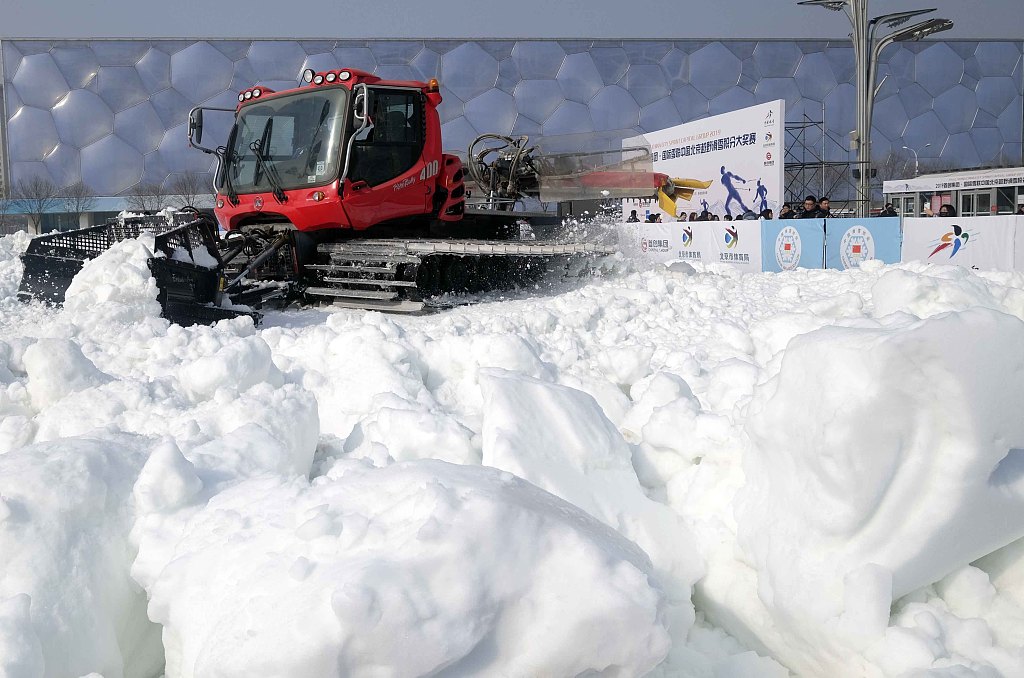 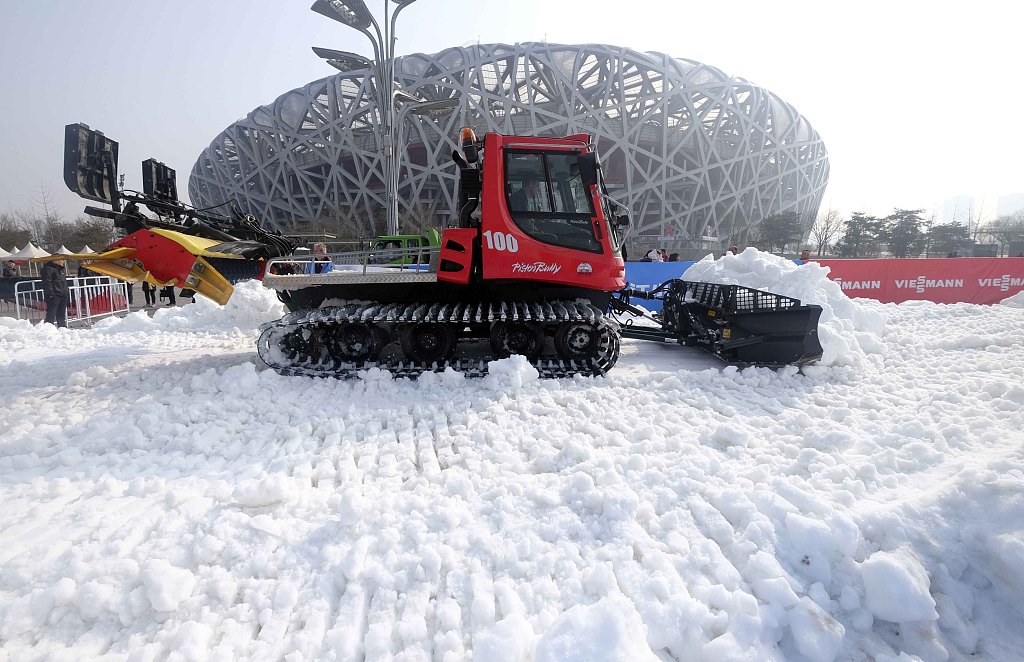 At present, the preparations for the competition are being carried out. The organizing committee has completed the snow-making work at the three competition venues. 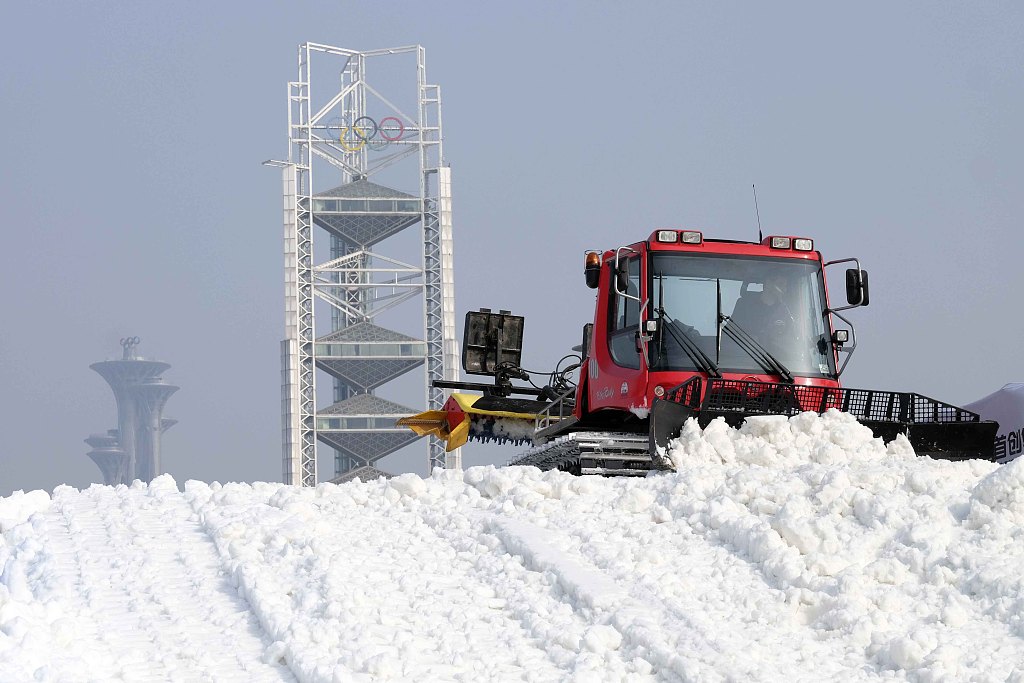 The construction of the track and ancillary facilities, image layout and other work is also in progress. 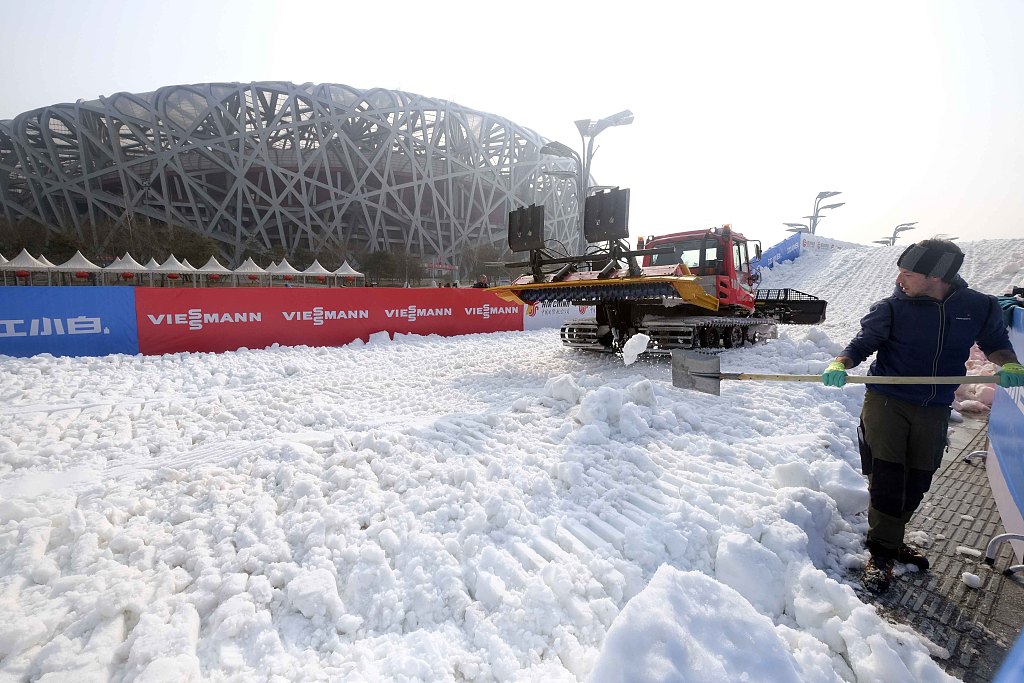 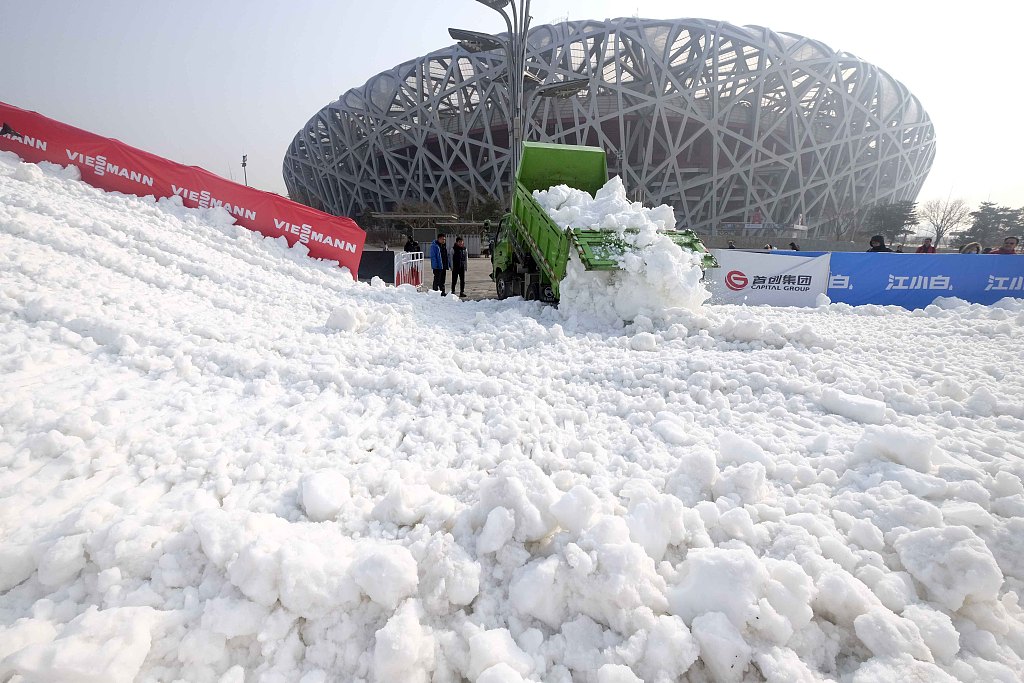 The race track will be open to the public for cross-country skiing after the games. 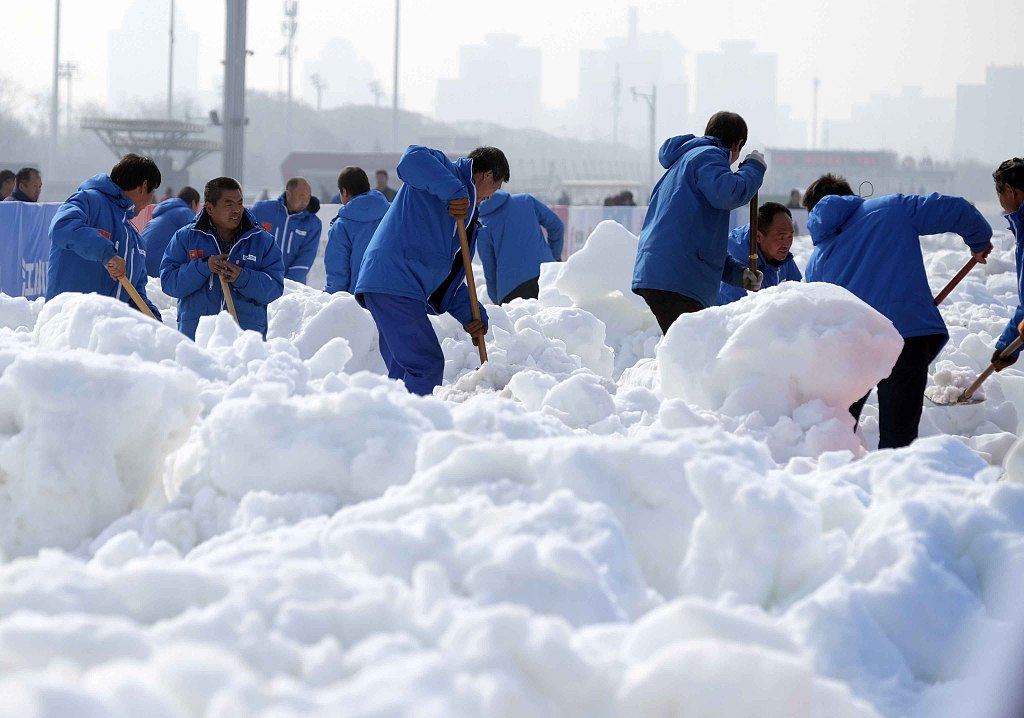 Workers are paving the ski track at the Celebration Square of the Bird's Nest stadium, on February 27, 2019. (Compiled by Xu Zheqi)