CULTURE Presenting Peking Opera is not a one-way street

Presenting Peking Opera is not a one-way street 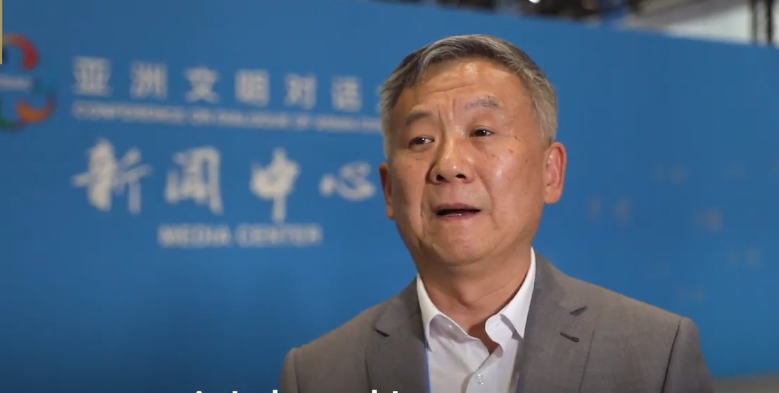 Peking Opera, as a traditional art form in Chinese civilization, has distinctive features and unique enchantment. However, one of the challenges facing Peking Opera is how to get more people interested in it.

On the sidelines of the Conference on Dialogue of Asian Civilizations, Song Chen, President of China National Peking Opera Company, shared his views with CGTN.

In his opinion, Peking Opera can be presented in diverse forms. "Although stage performance is the mainstream form, it's not the only one," said Song.

He stated that audience from different backgrounds, age groups and countries should be able to access and appreciate Peking Opera through different channels.

He pointed out that Peking Opera movies, for example, will provide a wider market which can be many times the current size.

"Peking Opera will not be confined to the stage, as we are going to make a 3D film about the Red Army by using the latest technologies and shed light on Peking opera art. This movie will attract more young audiences who will later return to the theater to watch Peking Opera," said Song.

Song indicated that Peking Opera is endowed with rich histories, cultures, characters, and stories, many of which can be shared with the world. It can resonate with people through the expression of patriotism, heroism, and filial piety, all of which can be found in Peking Opera and can be understood by foreign audiences.

"In recent years, facts have shown that foreign audiences, including foreign mainstream media, like China's traditional art very much," said Song. He stated that the China National Peking Opera Company has been cooperating with foreign countries in the creation of new Peking Operas for three years.

"From the creation of the three plays, it can be seen that the foreign understanding of Peking Opera is deepening.

"This partnership demonstrates the impact of our advocacy on traditional Chinese art, and there will be more opportunities for cooperation in the future," concluded Song.