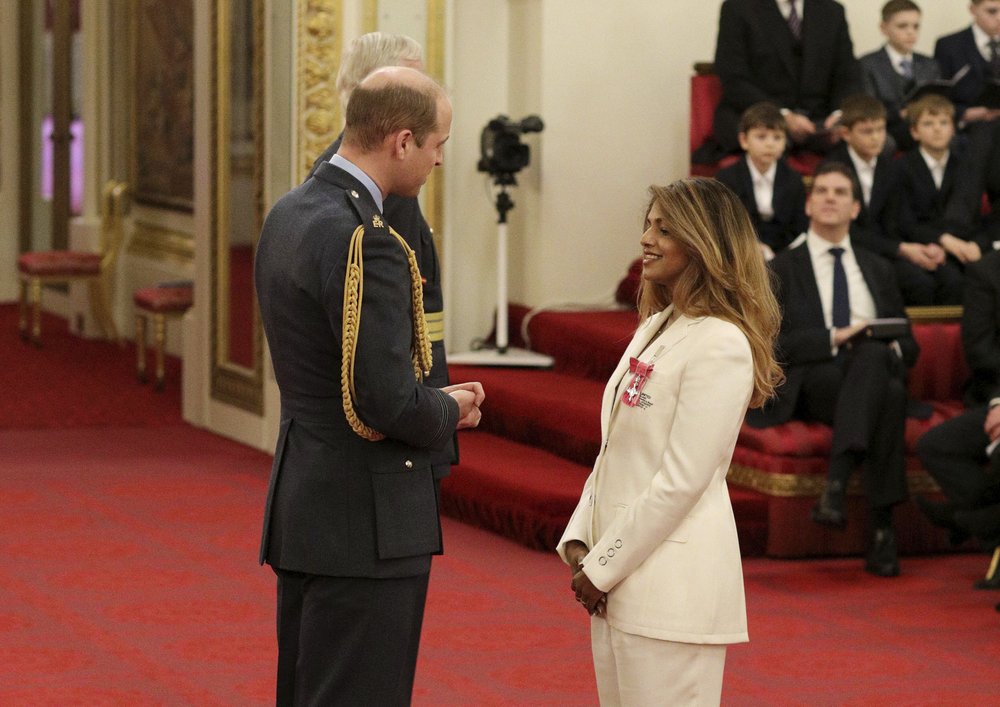 British singer M.I.A. has received a prestigious award from Prince William at a Buckingham Palace.

She was made a Member of the Order of the British Empire, or MBE, at the palace ceremony Tuesday hosted by William as a representative of his grandmother, Queen Elizabeth II.

The 44-year-old performer, who real name is Mathangi Arulpragasam, was honored for “services to music.” The honors list is published twice a year by Britain’s Cabinet Office to reward people for public service, research, artistic achievement and other accomplishments.

The singer said the honor was particularly meaningful because her mother had once worked hand stitching medals distributed by the palace.

“Today I’m accepting this in honour for my mother who worked for minimum wage to give us a better life. As a working class first generation immigrant it’s great to be recognized for my contribution,” she said.

“Having freedom to speak my truth and to do it through music has helped me speak for those who do not have those privileges. I will continue fight for those who are silenced or persecuted by others.”