URUMQI, March 19 (Xinhua) -- Having spent the last 30 years researching on her family history, 64-year-old farmwife Li Hongxiu is almost like an anthropologist.

Born in Qinghai Province in southwest China, Li moved to Altay in northwestern Xinjiang Uygur Autonomous Region to marry her husband Cao Zhongwei in the 1970s. 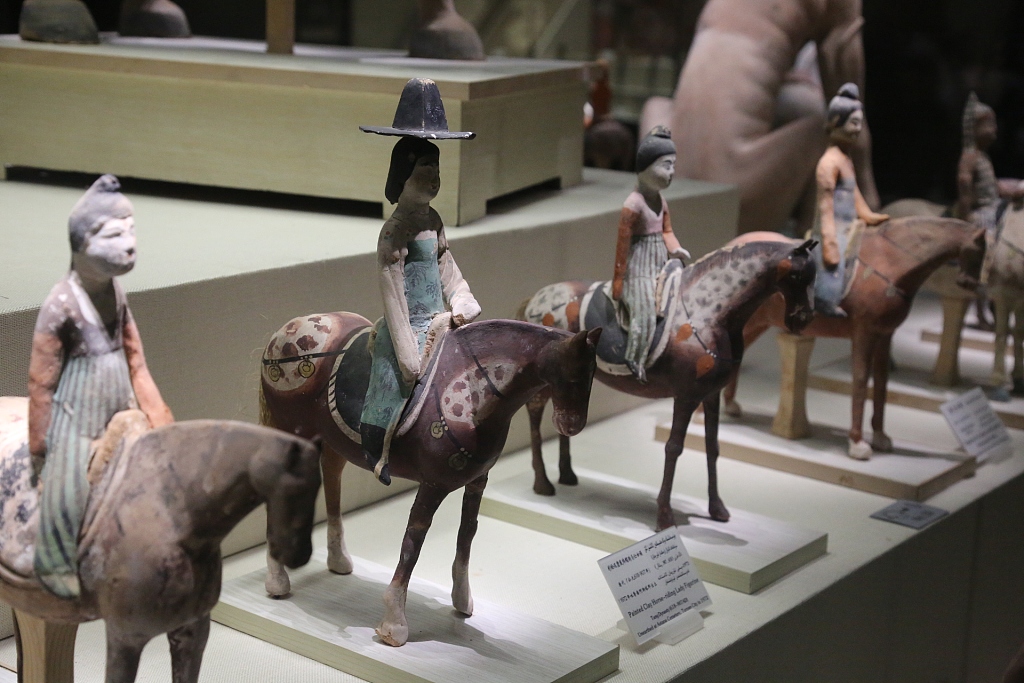 That was when she started to develop a keen interest in a special group of people called "Huerjia," meaning old local families in Chinese. Li eventually established a museum to commemorate their history.

"My husband's grandfather is a descendant of Huerjia. He told me many stories of the families, how they came here, survived and thrived," she said.

Huerjia, originally a Kazak word, specifically refers to some 40 families of Han ethnicity who settled at the foot of the Altay Mountains in the mid-19th century.

Researchers believe these migrants were likely to have been banished to the frontier after the peasant uprisings in the Qing Dynasty (1644-1911). They left their hometowns in the provinces of Gansu, Shanxi and Shaanxi. Now they have over 2,000 descendants, who live mainly in the township of Hongdun.

"Before Huerjia came, very few people lived here. Herders stopped and passed by; there was no permanent settlement," Li said.

Her grandfather-in-law and other elderly people recounted stories of how herdsmen learned to farm from the settlers, and how the farmers bought sheep and cattle and hired herders to graze them.

There was a time when the settlement became a bustling center of commerce before bandits started to raid the area, and the place started to fade into history in the first half of the 20th century, she said.

"I was in my early 20s when I got married, and the Huerjia stories intrigued me, so I started to talk with the elderly like my grandpa-in-law, and wrote down what they told me," she said.

As Li continued her research, she started to find patterns. Most of the Huerjia families consist of members from at least three ethnic groups, who speak two languages or more. Like her grandpa-in-law, most families have adopted orphans.

To better preserve the history of migration, survival and integration, Li started to collect exhibits for her private Huerjia-themed museum in 2012. Now the museum, around 200 square meters, has a wide range of exhibits including horse saddles, basins used to wash gold, spinning wheels, plows and farm wares.

"I had a pair of saddle irons, and my children wanted to sell them for money, but I brought them to the museum. The memory of the past should be preserved," she said.

Li works both as the curator and the docent for the museum. "She has spent a lot of time on this. Now she is an expert," her husband Cao Zhongwei said.

To raise money for the museum, Li and her neighbors started to offer guest houses to visitors and sell them a variety of ethnic delicacies --  Kazak "Naren" noodles, Uygur barbecues, and Hui deep-fried dough cakes.

"Good hearts, helping and sharing -- that's how our ancestors survived. Their wisdom shall be cherished and carried forward," Li said.