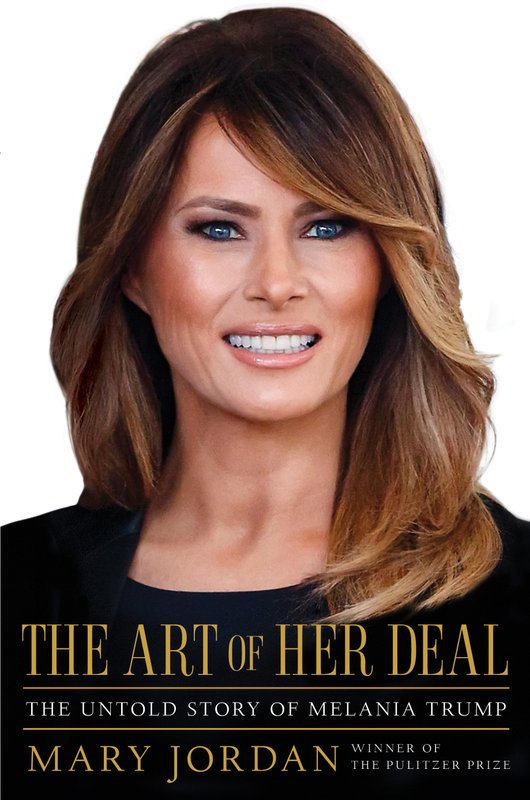 A Pulitzer Prize-winning reporter for The Washington Post has written an unauthorized biography of first lady Melania Trump. Mary Jordan’s “The Art of Her Deal,” which draws upon more than 100 interviews, comes out June 16.

“The picture is one of a woman who is savvy, steely, ambitious, deliberate, and who plays the long game,” according to an announcement Wednesday from Simon & Schuster. “With the help of key people who speak publicly for the first time and never before seen documents and tapes, ‘The Art of Her Deal’ paints a surprising portrait of a determined immigrant and the life she had before she met Donald Trump.”

Jordan began working on the book in 2015, well before Donald Trump’s surprise victory in the presidential election. She investigated everything from Melania Knauss’ childhood in Slovenia to her years as a model to her relationship with her husband. Jordan said in a statement that she found Melania Trump, often portrayed as a reluctant first lady, far more ambitious politically than commonly believed.

“The real Melania Trump is far more interesting than the image that many people have of her,” Jordan said. “She is already gearing up for 2020, and she wants to win as much as her husband does.”

A Simon & Schuster spokeswoman said that while Jordan has interviewed Melania Trump in her capacity as a Post reporter, the White House declined her request to speak with her for the book or to respond to written questions.

Financial details for the book were not disclosed. Jordan was represented by Washington attorney Robert Barnett, whose other clients range from former President Bill Clinton to Senate Majority Leader Mitch McConnell. Jordan’s previous books include the bestselling “Hope: A Memoir of Survival in Cleveland,” about two of the three women who were kidnapped and held in captivity for a decade. “Hope” was co-written by Jordan’s husband and fellow journalist, Kevin Sullivan.