Pro- and anti- whaling nations brace for battle in Brazil

Pro- and anti-whaling nations are set for a showdown when the International Whaling Commission (IWC) meets in Brazil from Monday as Japan leads an assault on a three-decade old moratorium on commercial whale hunting. 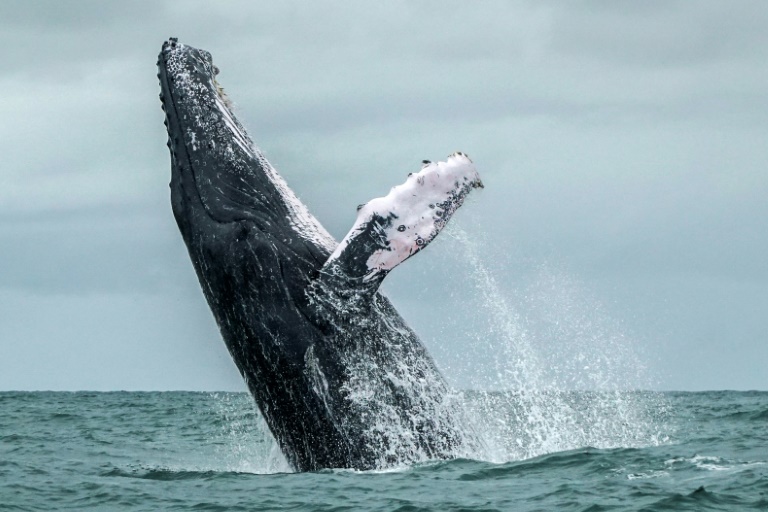 Tokyo heads into the biennial meeting as chair of the 88-nation body determined to shake-up what it says is a dysfunctional organization mired in dispute and unable to make key decisions.

But Japan's package of proposals, entitled "The Way Forward," has left conservationists seething even before delegates have taken their seats at the 67th IWC meeting in the Brazilian surfing resort of Florianapolis.

They say it's a blatant attempt to overturn the 1986 moratorium and restore commercial whaling.

"This meeting is critical," said Patrick Ramage of the International Fund for Animal Welfare.

"Member countries must stand together and push progress towards whale protection, not let this commission be pulled back into the bygone era of commercial whaling."

Brazil as host country is instead trying to rally anti-whaling nations behind a "Florianopolis Declaration," which insists that commercial whaling is no longer a necessary economic activity and would allow the recovery of all whale populations to pre-industrial whaling levels.

Other key issues being discussed in the week-long meeting are risks to whales of human-made underwater noise pollution, ship strikes, climate change and "ghost-gear" entanglement -- where whales are increasingly snared by abandoned fishing gear.

Nations opposed to whaling plan to renew a long-standing proposal for the creation of a South Atlantic Whale Sanctuary, after previous proposals were knocked by the pro-whaling lobby. 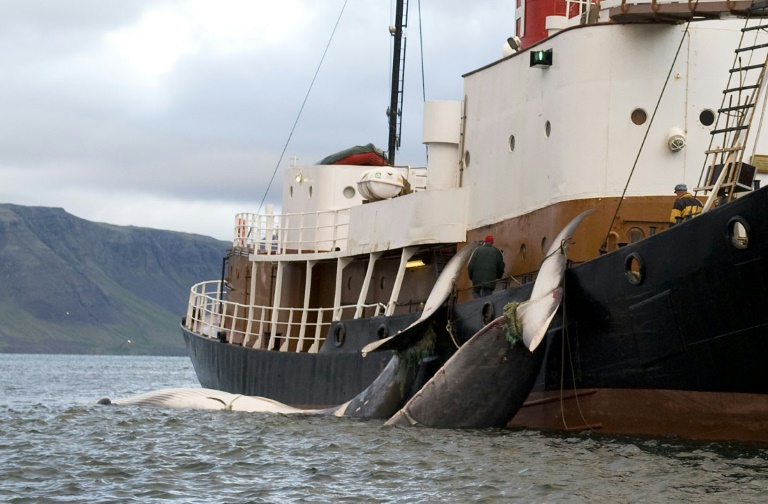 Iceland and Norway are the only countries that allow commercial whaling while Japan exploits a "scientific research" loophole to kill hundreds of the animals every year. (Photo: AFP)

Japan formally observes the moratorium but exploits a "scientific research" loophole to kill hundreds of the animals every year, despite international criticism.

It has regularly sought an easing of the IWC's prohibition on commercial whaling, and incoming chairman Joji Morishita says there must be major changes at the Florianapolis meeting in order to break the deadlock between pro- and anti-whaling countries.

Japan argues that stocks of Minke whales and other species have recovered and proposes setting new catch quotas "for species whose stocks are recognized as healthy by the IWC's scientific committee."

Among Japan's proposed reforms is a rule change that would allow decisions to be made by simple majority vote, doing away with the current practice of a three-quarters majority being needed.

Japan says the commission's decision making ability is hampered by this rule, because of the rift between supporters and opponents of whaling.

It also wants to set up a "Sustainable Whaling Committee" which would create catch-quotas for nations wishing to allow their nationals to hunt healthy whale populations for commercial purposes.

Ahead of the IWC meeting, Australia said it would "vehemently oppose" any attempts to undermine the moratorium.

The moratorium -- agreed in 1986 amid fears that some species were becoming extinct -- is still in place, with some exceptions.

Iceland and Norway are the only countries that allow commercial whaling and are likely to come under renewed pressure at the IWC meeting, which runs until Friday.

Iceland has come under direct pressure to end whaling from the European Union, which led an international protests in 2014. The government in Reykjavik has defied criticism and gave the country's whale hunters permission to take 238 fin whales this year. Fin whales are considered endangered by the International Union for the Conservation of Nature.

Also, aboriginal subsistence hunting is allowed in several countries including the United States, Russia, Greenland, and Saint Vincent and the Grenadines in the Caribbean.

Conservation groups are opposed to a proposal before the IWC to increase annual whale kill quotas for these countries, and automatic renewal of quotas every six years, without consulting the IWC's scientific committee.