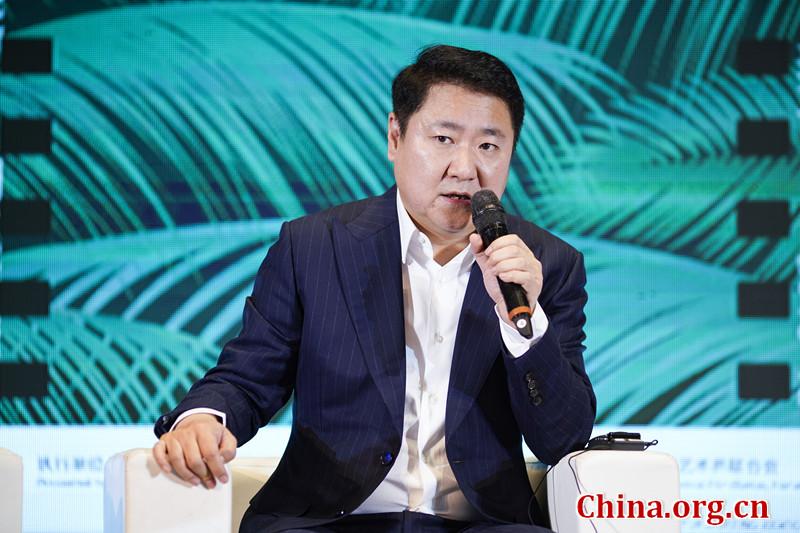 A top producer slammed Hollywood movies for having lost their originality in pursuit of profits.

Yu Dong, the founder and chairman of Bona Film Group and film producer, was in Sanya, Hainan Province to attend the International Producer Forum held during the first Hainan International Film Festival.

"Although we are the second-biggest film market in the world with nearly 60 billion yuan ($8.72 billion) in box office receipts, half of the revenues are from imported American films," Yu said. "At the same time, Chinese films, including films made in Taiwan and Hong Kong, only grossed less than $3 million in total in the American market a year. The Chinese film industry's capability to produce exports and global distribution is much weaker to many other countries such as India, South Korea, Japan and Europe."

Yu believes that the American film industry is gradually losing its originality. "The Hollywood studios are pursuing profits. They repeatedly make various sequels and various superhero blockbusters. But now, the Chinese film industry has more originality after sufficient development, plus, China is in a great era that can produce more stories with zeitgeist. This is very inspiring for Chinese directors and producers," he said.

Independent producer and visual effects veteran Stephen Castor known for his work on "Spider-Man: Homecoming" agreed and said that he didn't like the Hollywood formula to produce never-ending sequels and repetitive-style productions.

"Hollywood relies more on the power of Wall Street which has more say in film production," he said. "But Hollywood also has many independent filmmakers and alternative platforms to make good films. We as filmmakers would love to make entertaining and inspiring productions that can offer an escape to the audience. China has more screens, funds and filmmakers, and China is a big player now, we want to participate in the Chinese market."

Other Chinese and foreign producers also shared their thoughts at the forum. Ming Zhenjiang, president of the China Film Producers' Association, pointed out that filmmakers play an unparalleled role in the film's overall online and all industry chains. Producers should not only be skilled in art, but also in technology, operation, management, international vision, strategic thinking, broad mind and heart.

Ren Zhonglun, chairman of Shanghai Film Group, added that the development of film is definitely not about "a few soldiers and generals under your command to make a big cause," he said. "We must have all sources coming in to promote its development. Opening up and cooperation is the only way for the film industry to prosper in China."

French producer Philippe Bober, the man behind last year's critically acclaimed "The Square" by Ruben Östlund, also produced Lou Ye's "Suzou River" starring Zhou Xun nearly 20 years ago, said, "That was a very small budget movie, but I promoted it to the world market and it was released in many countries. It was quite successful."

"I was at the Beijing International Film Festival this year and saw a lot of high-quality works. And the European market is completely different from the United States. Now it is a very good era. I hope that a new generation of Chinese movies will come to Europe in the future," he said.

The ongoing first Hainan International Film Festival will run from Dec. 11 to 16, aiming to build a platform for communication, cooperation, and trade in the international film industry. 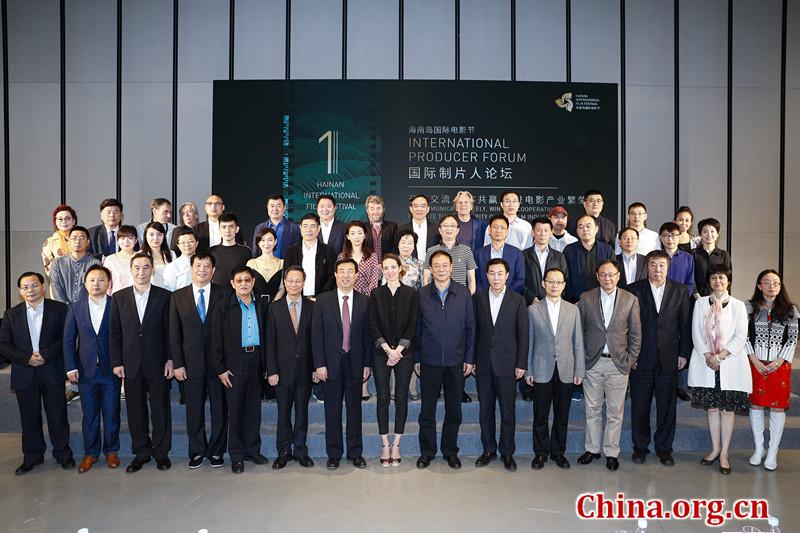 Participants at the International Producer Forum pose for a group photo after the meeting at the first Hainan International Film Festival in Sanya, Hainan Province, Dec. 12, 2018. (Photo: China.org.cn)