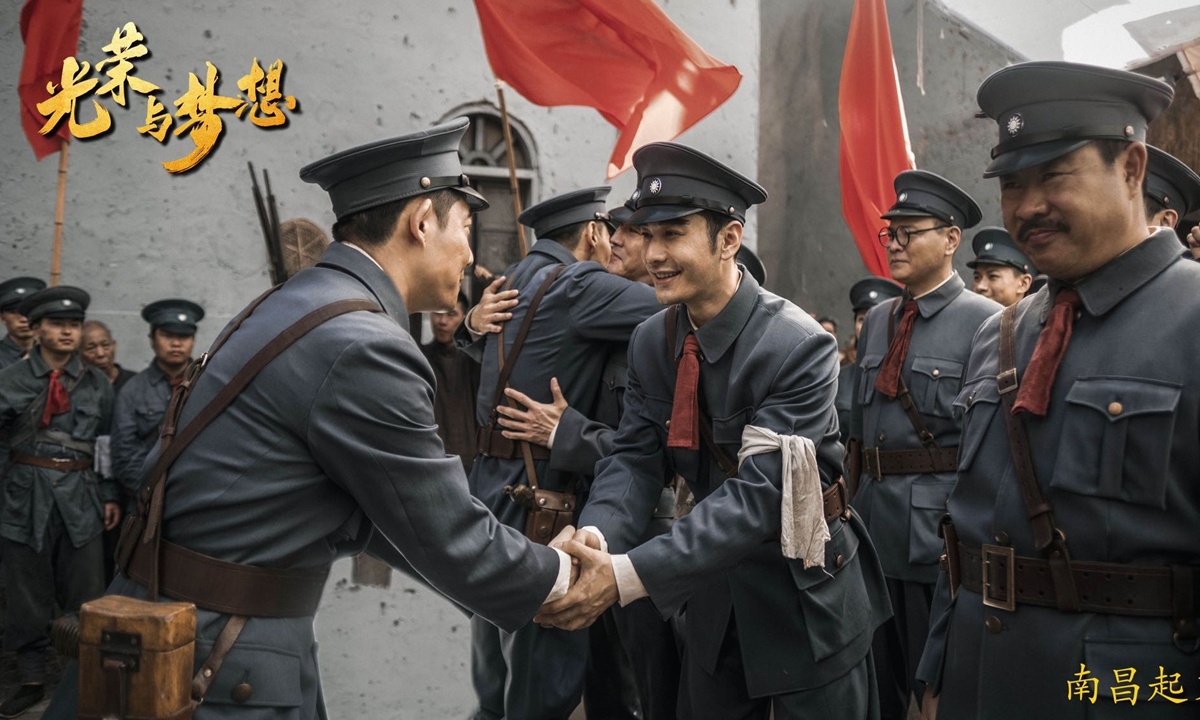 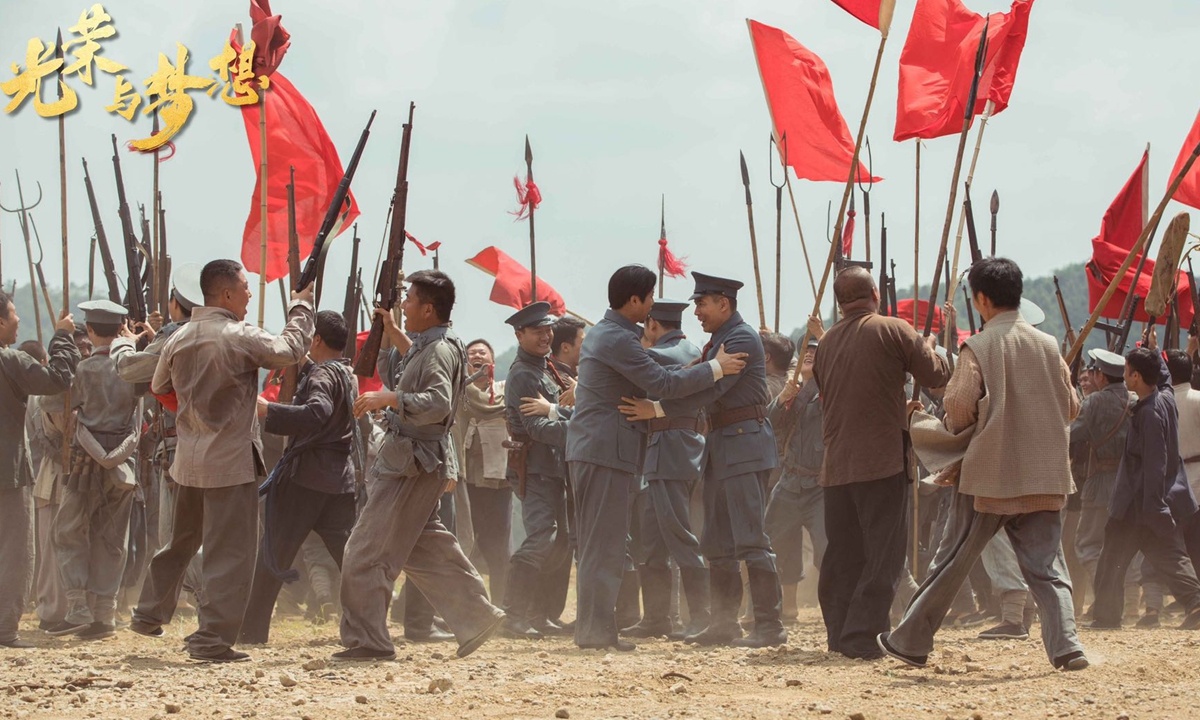 Shooting on Chinese TV series Glory and Dream is currently underway, with plans to have the series hit small screens in China in July 2021 to commemorate the 100th anniversary of the founding of the Communist Party of China (CPC). The show's director Liu Jiang noted at a press conference on Monday that he wants to display real humanity to audiences.

The TV series, starring top Chinese actors such as Huang Xiaoming and Gao Yuanyuan, will cover a long stretch of time, from the First National Congress of the CPC in 1921 to the War to Resist US Aggression and Aid Korea (1950-53), as well as many historical events such as the Northern Expedition (1926-27) and the Long March (1934-36).

Shooting on the series began on July 1 at Hengdian World Studios, China's largest film production base, in East China's Zhejiang Province. According to the director, two-thirds of the film has been shot so far.

More than 400 real historical figures and 700 scenes will be displayed in the TV series. In addition to filming at Hengdian, the production crew will film on locations where many of these historical moments occurred such as in Beijing and Yan'an in Northwest China's Shaanxi Province, Liu said.

Liu said that he is trying to give viewers a genuine look at historical figures, who were also ordinary people that had the same feelings as the rest of the humanity.

"Only when the characters in the story are full of real humanity can the audiences see themselves on screen and enjoy watching the show," Liu added.

To this end, Liu and his team have putting great focus on the details of history.

The series will depict campus life at the Huangpu Military Academy, also known as the Republic of China Military Academy, which was officially opened on May 1, 1924 and produced commanders who fought in many of China's wars in the 20th century. Liu pointed out that this is a detail neglected in some other TV and film works.

The production crew has tried to portray the characters in the series as real people, which means they sometimes hesitate when making choices, Liu added.

Like in one scene that takes place after cooperation between the CPC and the Kuomintang broke down, students in the military academy who had joined the CPC needed to make a choice about whether or not to leave the Party.

If they decided to remain in the Party, they would have to leave the academy.

After a period of hesitation, students come to different decisions, with some choosing to leave the Party.

When talking about how to attract younger audiences, Liu told the Global Times that the TV series is looking to move audiences through rich emotions. One part of the TV series depicts the love story between Mao Zedong and his second wife Yang Kaihui.

In one scene that takes place before Yang is executed, she imagines she sees her husband coming to her side. Mao gently picks her up from the ground and takes her away from the execution grounds.

Liu said that the scene has touched many of the people who have seen it, including himself and his wife.

"I am trying to make an impact on young audiences and move them instead of catering to them."

To depict history as accurately as possible, the crew traveled to many historic places so they could better duplicate them on set.

There are only 12 scenes that take place at the Huangpu Military Academy, but the crew nevertheless put considerable efforts into recreating the scene in incredible detail.

"For the 100th anniversary, we have many resources to complete a brilliant work about the Party," Liu said.