A promotional video for the upcoming film Peppa Pig Celebrates Chinese New Year was released on the film’s official Weibo account on Thursday. This 5-minute short video quickly went viral and has been widely shared on Chinese social media. Titled What’s Peppa, the promo film is centered around Li Yubao, an old man who lives alone in rural area and waits anxiously for a reunion with his son during the Spring Festival. After knowing that his grandson who grows up in big city wants “Peppa” as a Chinese new year gift, Li gets confused and goes on a hilarious and touching journey to find out exactly what “Peppa” is.

After a long search, the senior finally understands that Pegga Pig is a cartoon character and creates a metal model of it for his grandson. 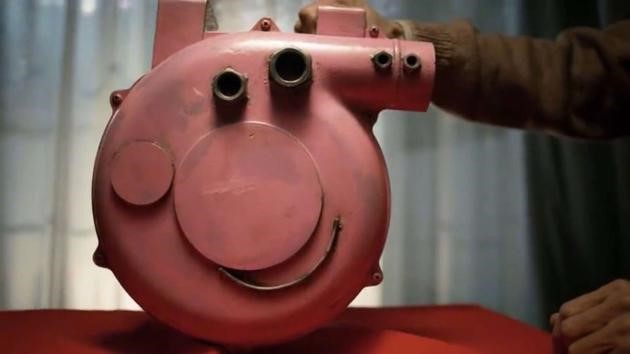 Many netizens call this creation “hard iron Pegga”. (Photo: screenshot of the video)

Resonating with people's homesickness as the festival draws closer, this video received a lot of praise as well as views. Many netizens call it the “the best advertisement of the year.”