Shanghai is establishing itself as an international cultural metropolis through a new three-year program that includes a brand-building campaign encompassing traditional cultural heritage and emerging industry names. 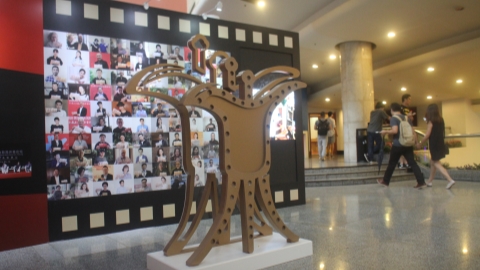 Residents can expect to see not only dozens of new theaters, museums and public cultural activities under the program, but also more local brands in fields that include publishing, education technology and entertainment.

The Shanghai International Film Festival, to be held from June 16 to 25, has been a cultural calling card for the city for 21 years, piquing interest from filmmakers around the world.

This year for the first time, the festival will co-sponsor an event with Marche du Film, the French business counterpart of the Cannes Film Festival.

Last year, the city set a goal for the cultural industry to contribute 18 percent of gross domestic product by 2030.

The Exposition on China Indigenous Brands, to be held from May 10 to 12, will feature 500 local brands, including many unique to Shanghai. One is Webnovel of e-reading giant China Literature Group, which accounts for about half of the country’s e-reading market, according to the company’s report. It is the only online book division of Internet giant Tencent and also a source of content for its rapidly developing entertainment empire.

The site has about 7 million registered authors and nearly 10 million fiction titles. The most popular of them are being adapted and franchised.

“We have been doing it in a more sophisticated way, partnering with peers in the industry to look at long-term prospects rather than short-term profits. A good Internet protocol should be cultivated carefully into a variety of products, including film, TV shows and games.”

Internet fiction, especially in the popular fantasy genre, is often criticized as low-quality, “fast-food” culture, but that hasn’t stopped it from developing rapidly and even attracting many overseas readers.

Seeing the trend, the group launched its English-language site last May and has uploaded 150 translated fiction titles, attracting nearly 9 million visits in a year.

“We can see from the international site that overseas readers share quite similar tastes with local ones,” Wu said. “The top clicked ones here are pretty much the most popular there.”

For some companies, social responsibility is at least as important as steady profits. Online education giant Hujiang, founded by Fu Cairui when he was a junior student in Shanghai, serves as a student forum to tutor those having difficulty with the English-language tests required to earn a bachelor’s degree.

Today, the company has more than 170 million users, including 140 million on mobile devices. Its mission remains “to make education easier, fairer and more enjoyable through the Internet.”

The company started a non-profit education program for students in lesser developed areas of the country. In less than three years, it has provided online classes for students in more than 3,000 schools across China.

“We focus on science and arts classes because they address required curricula in Chinese schools,” said the organizer of the program.

“We fill the void in educational resources and experienced teachers for classes like science labs or creative art workshops.”