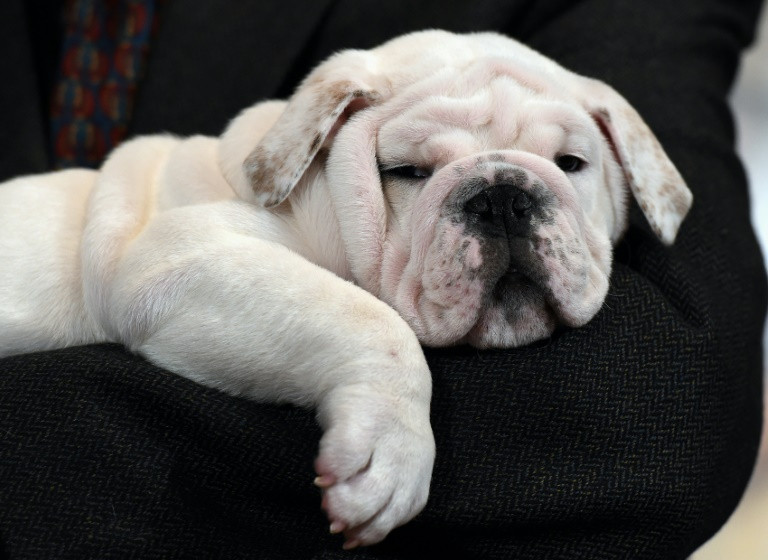 New research suggests dogs are masters of body language and use their facial expressions to communicate and manipulate their owners.

Your dog may be a master manipulator, deliberately making puppy eyes to pull at your heart strings, according to a study Thursday into a ploy many mutt owners have long suspected.

The research suggests that dogs may be in control of their facial expressions, using them to communicate, researchers reported in the journal Scientific Reports.

Until now, it was assumed that dog expressions were involuntary.

The new study suggests, however, that man's best friend may be very well aware of the reaction a scowl or grin will elicit from its master.

"The findings appear to support evidence... that expressions are potentially active attempts to communicate," said study co-author Juliane Kaminski of the University of Portsmouth.

In a series of experiments with different types of pet dogs, the team discovered that the animals "move their faces" more when humans were paying attention to them.

Raising the brows, which makes the eyes appear bigger to produce heart-melting "puppy dog eyes", was the most commonly-used expression, the researchers found.

When humans had their backs turned, or were distracted, the dogs' faces were much less active -- regardless of whether the human was offering a food treat or not.

Previous research has shown that dogs are aware of how attentive humans are.

One study, for example, showed they stole food more often when a human had their back turned or eyes closed.

It was too soon, however, to state categorically that dogs have a perception of what a human may be thinking or feeling -- a state of awareness considered a sign of high intelligence displayed by humans, the team added.

Research in non-human primates has suggested some of our far-flung cousins may also be aware that others can read their facial expressions -- which changed when they had an audience.